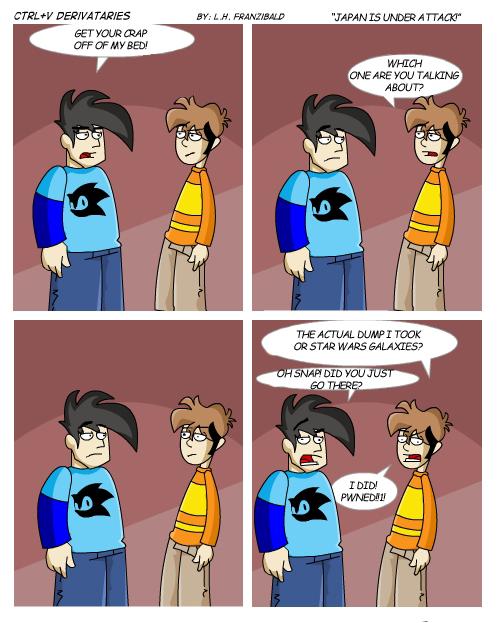 As mentioned earlier, the Halo 3 beta was made to impress lesser beings. Like me, it has done that with flying colors. But the difference between me and the Halo 3 beta is that, quite frankly, I'm better at it. I don't feel I need to bring up the “collective effort to achieve something moderately amazing” speech from a few days ago. It has earned it's rightful place in the blog archives for all to relish in where it need not bother to move. I am generous, I know. It comes with the greatness, like Spiderman, only without the curses. I am a flawless diamond after all.

The important matter at hand though. Has the Halo 3 beta impressed ME? More than most video games, to be sure. Definitely better than Halo 2, which is the best game ever made up until the September release of Halo 3. But if that game doesn't clone my perfect entity and let me stare at my undying perfection for hours on end, has it really done something worth while? Not really.

I was never eager to play Halo 3 as I was never promised something as amazing as me, which is honestly asking too much of you commoners. An impressive game? Indeed. A game as impressive as me? Not in a thousand eternities will such a feat occur.

Not a sprite comic. Get the fuck out.

This comic is all and more that a anti-comic should be :D Five for frizzly awesome. Also by saying this I get to piss off the following people: Gravity (Kingdom hearts wanna be) Flapjack1995 (I strongly dislike people with numbers in their names.) Gizen (Robble rabble) YourNobody (Damn you paper Mario fanboy!) Doctor Lympus (Totally not a furry.) And finally Anonymous (I KNOW WHERE YOU LIVE! Also for being a Scaredy cat and posting anonymously.)

"Insulting a comic by producing a comic 1000 times worse than it is, is like making fun of fat people by gaining 500 lbs." It's actually more like wearing a fat suit and taking a stage dive into the buffet at a Big Boy while wailing, "I'M SO FUCKING FAT," and then pretending to guzzle all the thousand island dressing. You're really not a fat bastard, you're just making fun of them by imitating them. Imitating someone in an insulting and satirical fashion and genuinely being the same as someone are two very different things.

Heh, it seems your viewers are even dumber than the comics you're making fun of... Although Gravity's avatar seems to be from some homosexual sex game, and flapjack seems to keep posting even though we all just want him to die. And Doctor Lympus can yiff in hell.

You tottaly ......suck. how can u think u can take something like CAD and make it urs? u totaly blew it. be origional. this is the lamest excuse for a comic ever.ill rate it a 1 cause i cant go any lower

Insulting a comic by producing a comic 1000 times worse than it is, is like making fun of fat people by gaining 500 lbs. Sorry, satire is great and all, but only in the right hands. CAD may not be the best webcomic ever, but I'd much rather read it than this comic. Also, am I catching a hint of elitism? You're probably are one of those losers who goes to sprite comics and copy-and-paste comics and says, "lern how 2 draw lamr lol omg u suk bbq ckn," and doesn't know how to draw worth a lick themselves. And before you ask/say it, I can draw. Nobody out. [/sarcasm]

Umm, I don't think this guy's ripping off Gabe and Tycho. I think he IS Gabe and Tycho. No one in the world could possibly be stupid enough to put comics like this up and for people not to see the references to CAD, so clearly the references are supposed to be noticed. On top of that, LH Franzibald, the supposed author of this comic, has appeared in Penny Arcade strips before and been mentioned in Tycho's blurbs.

also, throughout your author's notes you declare yourself the most awesome being alive, which is without a doubt, untrue. do you even care that you suck so bad that by saying your awesome its like sayng that toast pops out of the toaster frozen?

also, you have complete disregard for everything. you can't even make your own character designs. so obviously stolen from penny arcade. so gabe got fat and tycho got an orange sweater. that's like saying a darker blue sonic is an all new character of your very own creation.

Funnier than CAD. Then again, so is a root canal.

Yay verily. This is like watching Harry Potter 4. You can't wait till it's finally over. My real rating isn't on the list either, so I won't even give you a 1.

This is the least funny comic I've ever read in my life. Your art style is okay but it could be much better, your mindless insulting of CAD is something a 4-year-old could crap out and every comic is the same exact thing. Your utter lack of creativity along with your clear arrogance makes this quite possibly the worst thing to ever hit the internet. I'd give it a 0 but sadly a 1 is the lowest number available, lucky you.