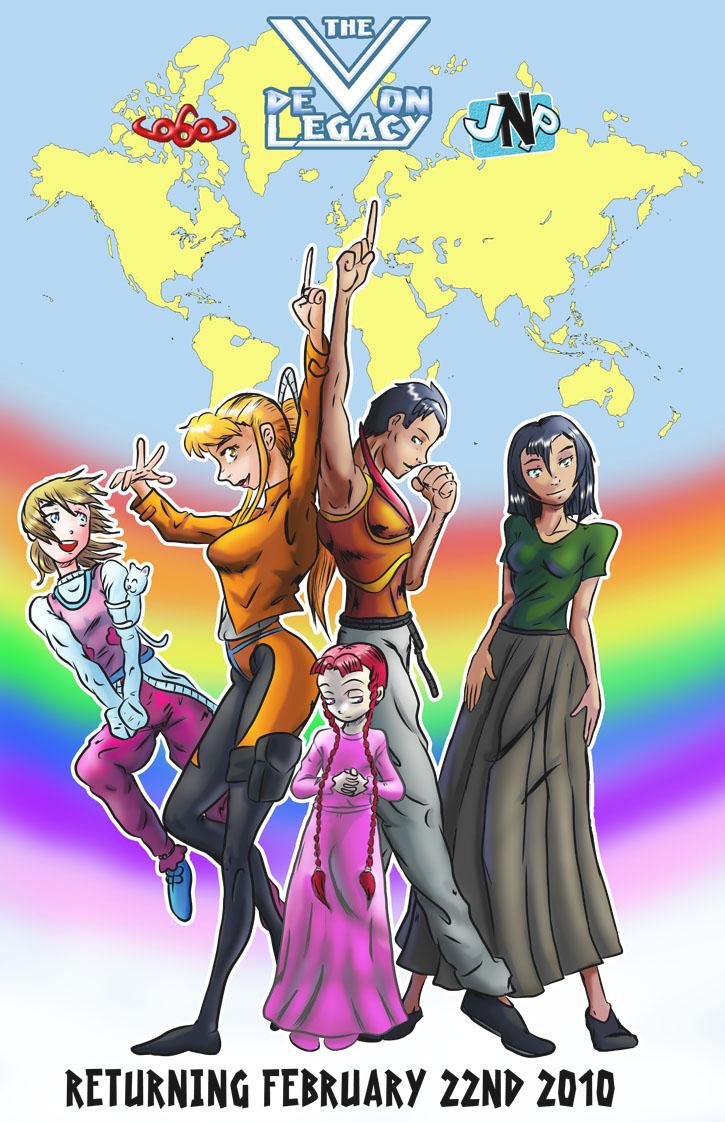 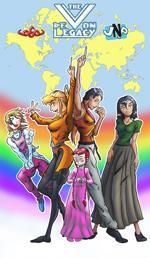 February? Yeah, well, I was HOPING to get this thing started on January 1st. The biggest problem with these extended hiatus is that you lose momentum =p

Then I was going to start it up on February 1st instead, but Vickie from Used Books is scheduled to come visit me for 2 weeks in February. I didn't want to ignore her the entire time… “You sit over there Vickie! Don't move! I gotsta draw!!!!” XD So I decided to push the date back till the week after I get back from taking her home to West Virginia.

In the meantime I'm working on buffer now. Building a new website for the official launch, and finishing the last bits of the Prologue (abridged, Bios). I'll be posting them in rapid succession soon.

Funny note about this page, I'm still not 100% sure whether I want Emella's hair to be a tad longer like here, or if I want it to be shorter like in the DD Awards acceptance speech page I made.
I guess I'll figure it out when I get to her in the actual comic ^_^

A small critique that I won't worry too much about because it'd be almost impossible to fix at this point without recoloring the picture is that I noticed Rick should be a tad taller since he's on his tip toes. Not a huge mistake, he's only an inch taller than Fenny. I don't want magically resizing characters this time around =D ~ I'm looking at YOU Sally!

In the meantime you'll also have teaser pages and me still heckling my favorite comics on DD in their comment areas!
Thank you all for your patience!

I hope everyone had a great X-mas and have a happy New Year!