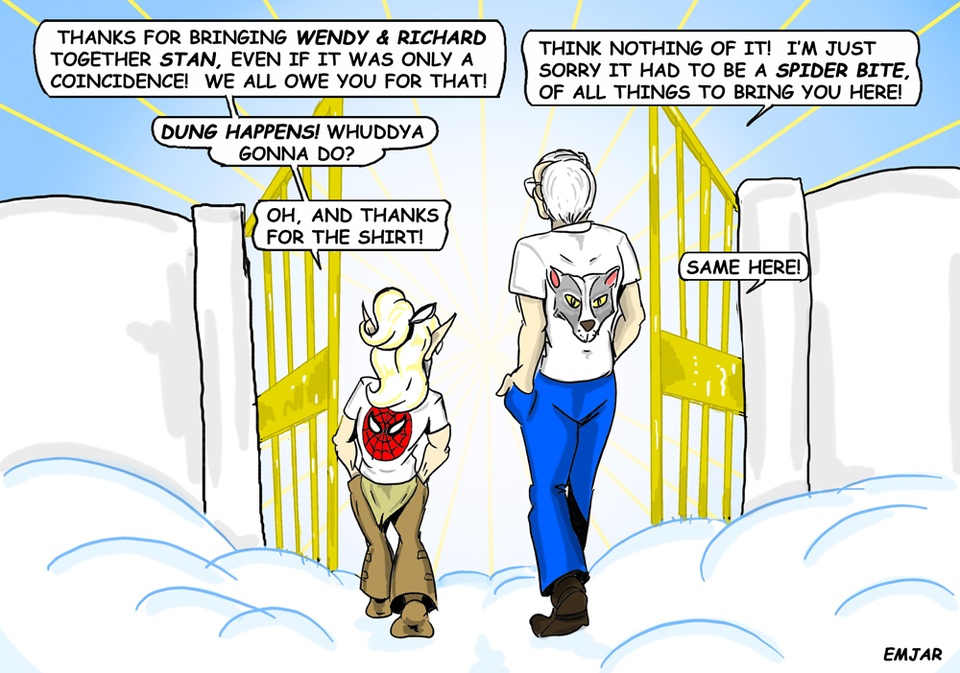 During the past 40 years Wendy and Richard Pini created an ‘Indy’ comic called Elfquest centering in the adventures of Elves surviving in a prehistoric world where they ride Dire Wolves and compete with Humans and Trolls and other mythological beings. Wendy and Richard met through correspondence when Wendy wrote a letter to Marvel about the Silver Surfer. Richard became intrigued and contacted her and were eventually married and together they started Elfquest.

After 40 years Wendy decided to end her run by having her main hero ‘Cutter’ die from a venomous spider bite. Later this same year we lost Stan Lee whose Marvel comics had reprinted Wendy's books during the 90's to a broader audience.

This cartoon which I also have on Facebook is a tribute to them both.

Fantastic! I read a few issues of Elfquest when Marvel was putting them out. Loved them. Great tribute.

He'll be missed. Our lives are all richer for his great work.

Great tribute. I didn't know about how the Pinis met!

That is a nice story, and a terrific comic run.