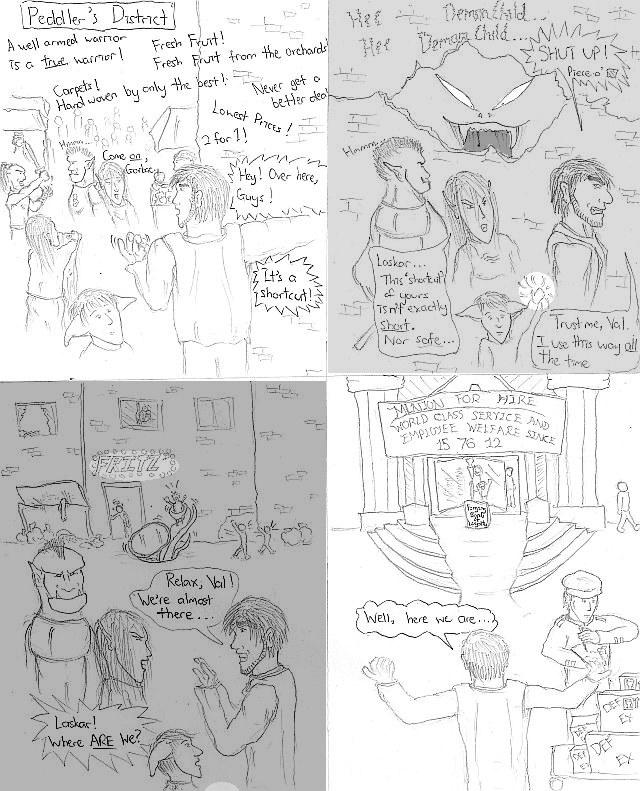 Some trust issues within the group. Laskar's route is mainly a way of avoiding certain trouble through less certain trouble in the seedier parts of the city…
The beast in the second panel used to prey upon passing alley-rats, urchins and orphans until it tried the same with young Laskar. It is now content to scavenge for food and is highly phobic of anything resembling a pre-adult.

XD I like the squid thing in panel 3. The backgrounds in this page are excellent - lots of things to look at.