The House of Sonic 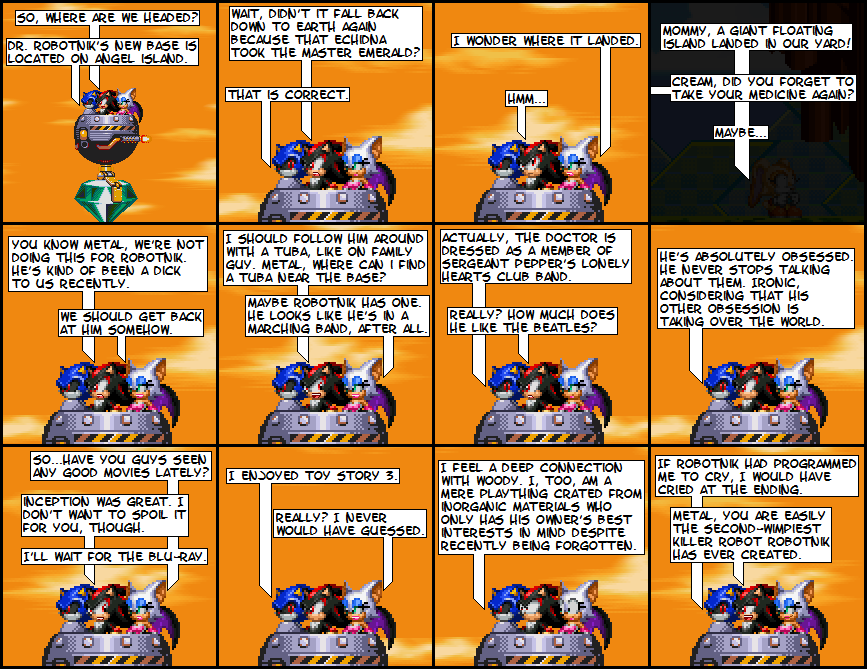 The beautiful new sprites of Cream are courtesy of the amazing DBurraki of The Mystical Forest Zone.

So this comic started out as a simple idea: Metal Sonic, Shadow, and Rouge having a mundane conversation on their way to Angel Island. Unfortunately, I didn't realize until I actually began working that a twelve-panel comic with several Photoshop effects would be a pain in the ass to make. But I think it turned out well, and you guys should be happy that I didn't separate it into three strips.

Also, I'm proud to announce that, as of today, the main House of Sonic site over at Smack Jeeves now has 200 fans!

XD I started laughing when Rouge said 'I'll wait for the bluray' ! XD

XD I started laughing when Rouge said 'I'll wait for the bluray' ! XD