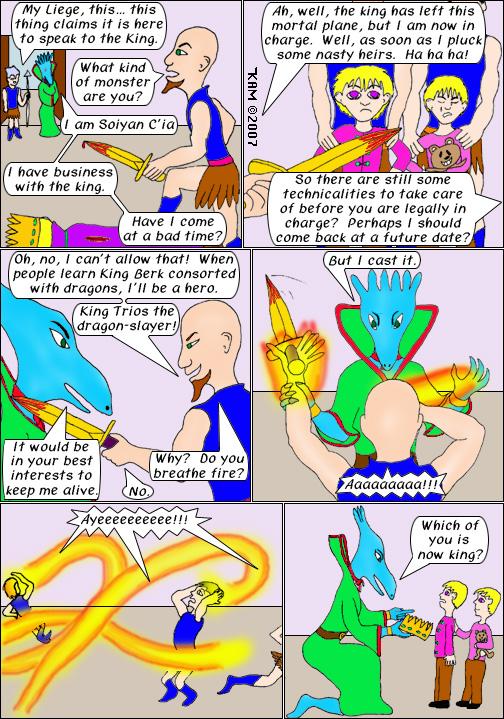 Hopefully the next one will be up Tuesday.

When I thought up this comic I was going to have a bit where she explains she is not a dragon, but a descendent of dinosaurs. However I then realized that that explanation really wouldn't mean much to the characters & was solely for the readers. *shrug*

I think Soiyan has more backstory than the other SMOG characters, but almost none of it has come out in the scripts so far. D'oh!

Those things on her head are supposed to be feathers, if you were wondering.

A better picture of Soiyan can be found here.

...I would not be that happy about getting the crown under those circumstances.

"Pish-posh and all that rot, gimme a King to talk to!"

technicalities are so tiresome.

Heh.. Soiyan is one effective negotiator... "I want to talk to the king, and I damn don't care who he is at this moment!" :P