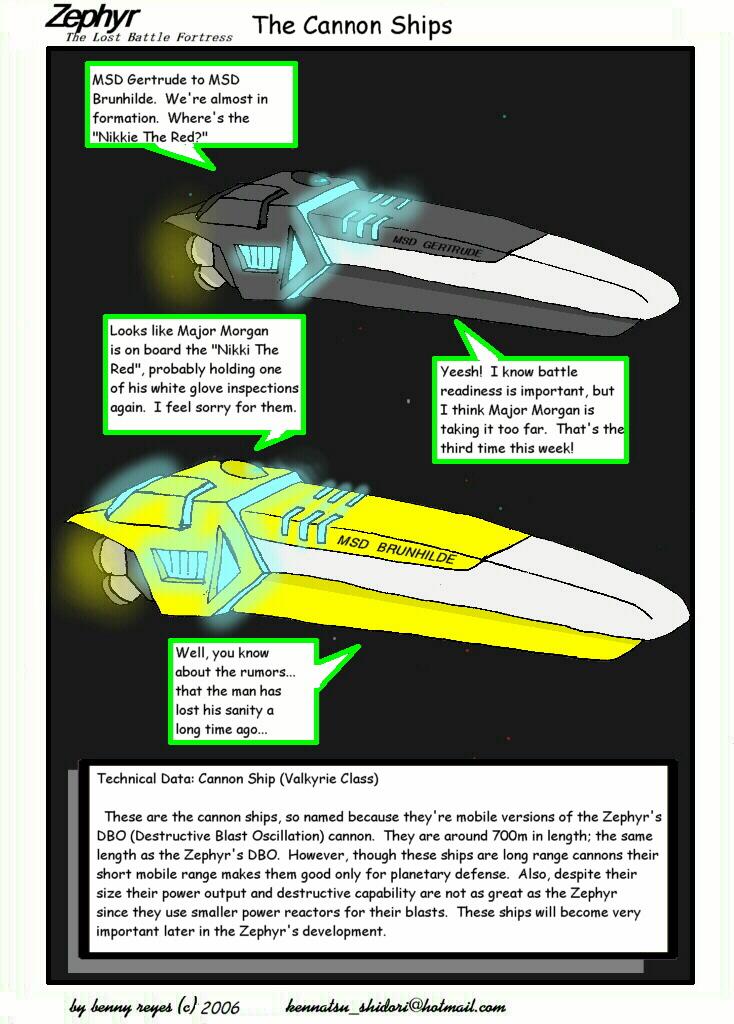 Introducing more mecha. These are the Cannon Ships. They're basically giant-sized mobile cannons. These things pack quite a punch, able to take out several capital ships their size in a single sweeping blast. Too bad they can't move very far. It's not that they can't move fast, but that they need to be resupplied constantly so that their tiny engines can move the bulk of the ship (which is comprised of the cannon and the stuff it needs to fire).

They'll become very important later on in the story…

Oh… and I apologize in advance for any spelling errors. I'm half asleep at the moment. :)