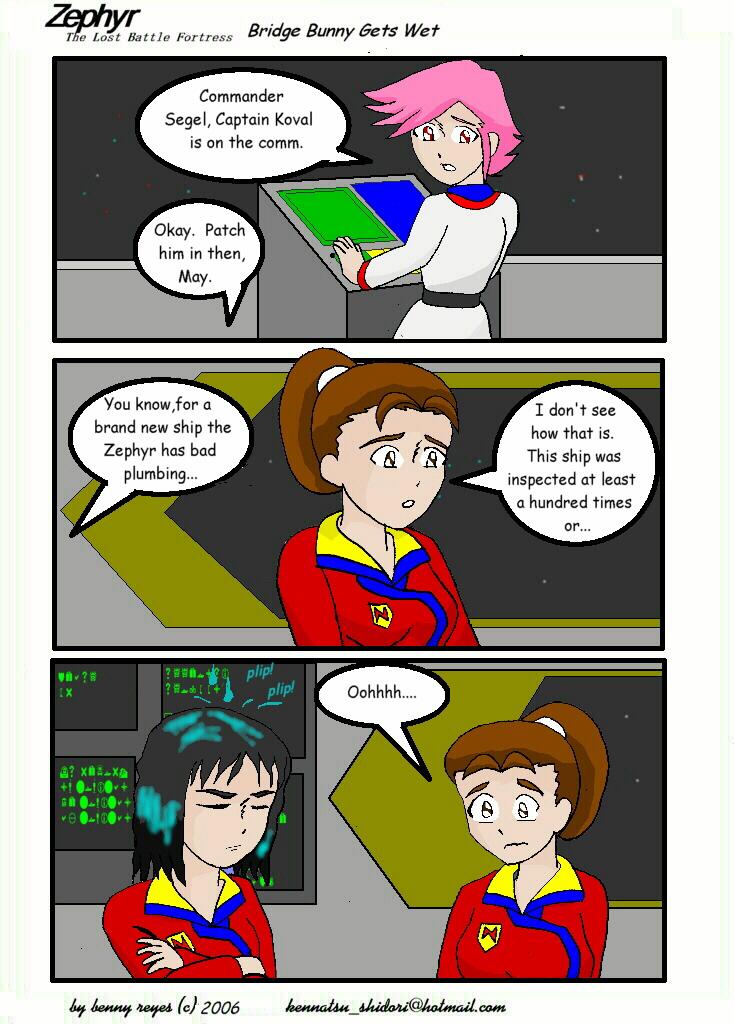 Yep. Another set of cameos from 3rd Period Lunch. This time it's Michelle and Emily G. (in order of appearance). It's funny how even in a cameo appearance some characters just can't seem to avoid their fate.

Y'know? I'm actually tempted to keep that cast on the bridge; my first idea when thinking of this comic was to do a comic about Bridge Bunnies and the wierd things that happen on a ship as a result of their antics. But instead I decided to work the jokes into this otherwise serious comic. :)

a little plumbers caulk can fix that!

xDDD Wow. This is GREAT. Haha. I couldn't stop laughing after seeing this one!

"In space you will still hear the sound of dripping!" :P