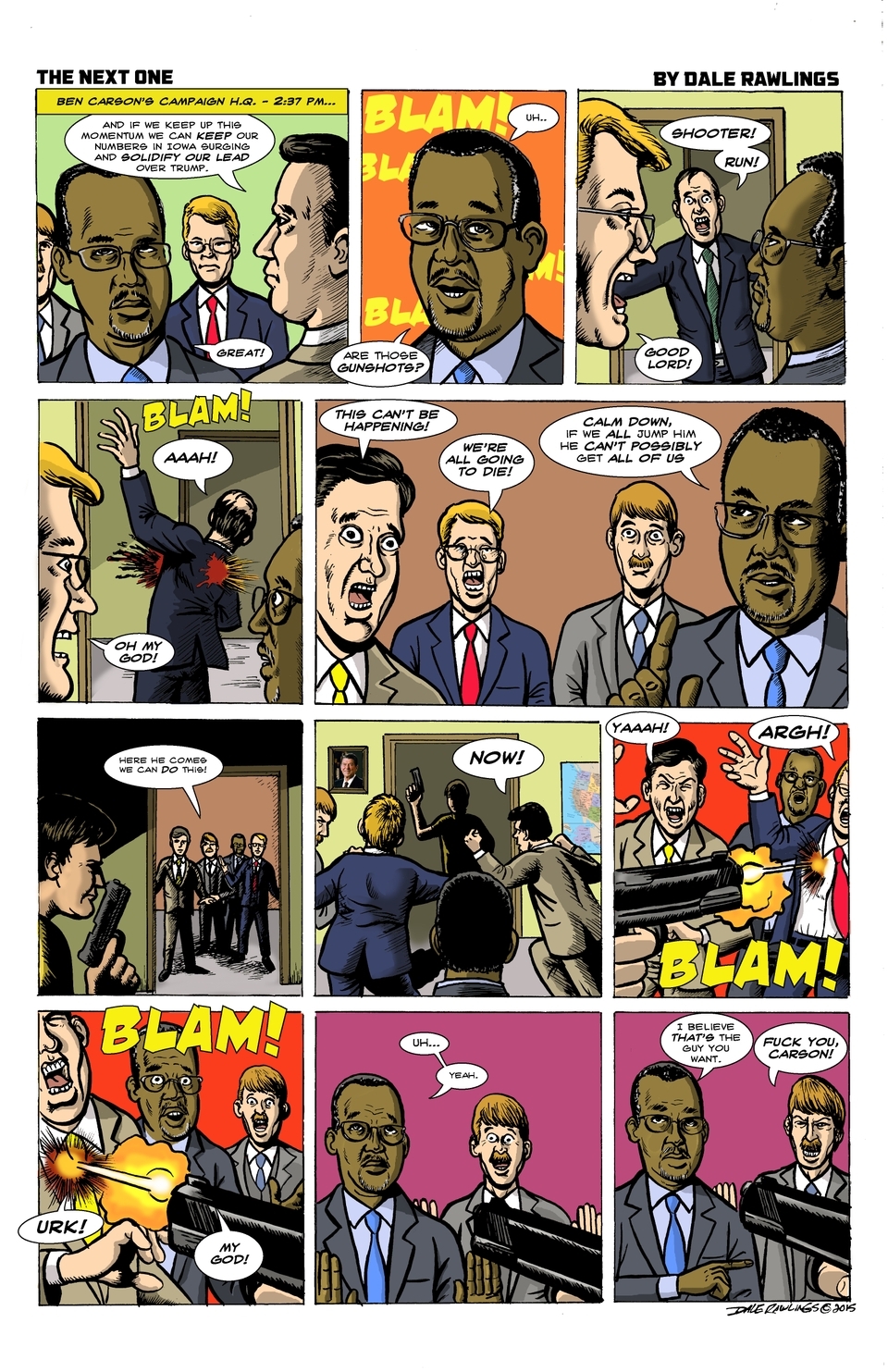 The title comes from Dr. Ben Carson, who stars in this strip, when he remarked to a reporter that President Obama should skip meeting with the families of the victims of the Oregon mass shooting and just go to “the next one”. This was the shooting where he callously remarked that the victims should have rushed at the gunmen instead of waiting to die at the hands of the gunmen. Several of them, of course, DID rush at the gunmen and were shot multiple times. The punchline to the strip came from a story Ben offered up when asked if he had ever had a gun pointed at him. He told a story how once when he walked into a Popeyes Chicken in Baltimore a burglar pointed a gun in his ribs demanding money from the register. He then pointed to the guy behind the counter and said, “Uhhhh… I believe you want that guy there.”

Ben Carson, ladies and gentlemen, a Republican candidate for President!

Heh. The punchline was based on a story Carson told a few days after the mass shooting at the college about getting a gun stuck in his ribs after walking into a Popeyes in Baltimore and that was his response pointing to the guy behind the register. Nice work BTW.