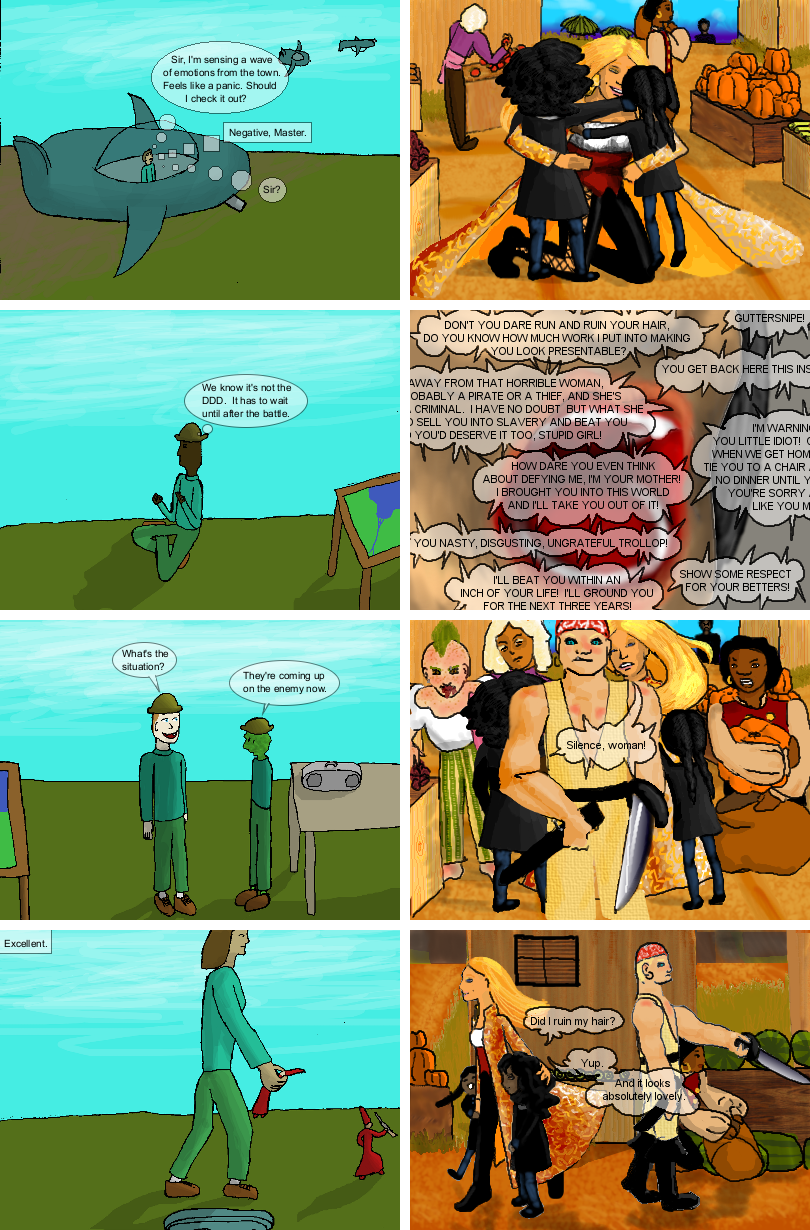 Hmm, it's been a while eh? Yeah, took us forever to make this page.

I keep doing new shading techniques. I think this looks better, don't you?

Oh, “Master” is his rank. I've got a big ‘ol sheet that has all the ranks in order, but it’s not here. It's like the second highest non-com rank though.

I absolutely cannot tell what is under the text in Iron Rose's second panel. Ask her.

Speaking of things I don't know, why did she even ask them to come with her? I really don't get that.

Oh, and this marks the first occasion of showing faces in the fourth panel. Isn't that special? Ã‚Â¬.Ã‚Â¬

I told her that she could probably put some kind of mutant or something in her pirate crew, but she wouldn't hear of it. But I mean, it is canon to the world.

…myeah. We still don't really know how we're going to handle combat. Some possibilities were: Take turns doing strips, do only one panel at a time, or just make sure we're never handling the same area.

Ohhhhhhh! I got it! It's a mouth! A really, really close-up shot of a mouth!