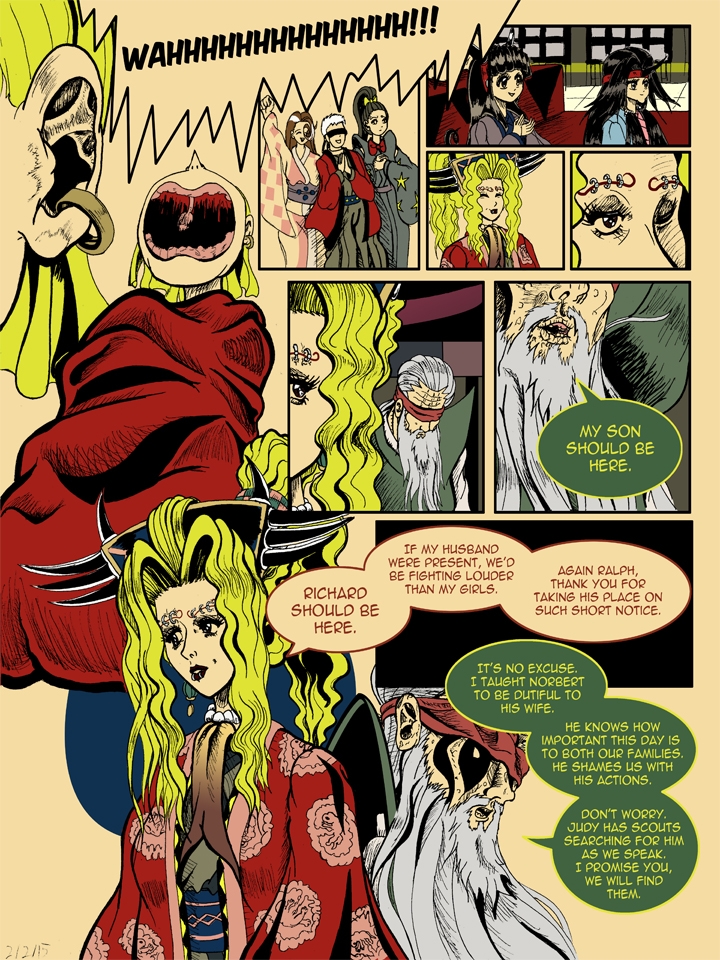 Been almost a month since the last update. Let me assure everyone, the comic is not dead. Just suffering from burn out and taking a little hiatus to work on new stuff.
In the past month, I've not only gotten a new job, but discovered twitch, discovered twitch, got addicted to twitch and am finally streaming like a mad man on twitch. All my creative energy has gone there.
Pages will be infrequent, but the comic will still go on.

With a name like "Norbert" I would be absent as well lol.

Oh my what a mouth on that kid!!