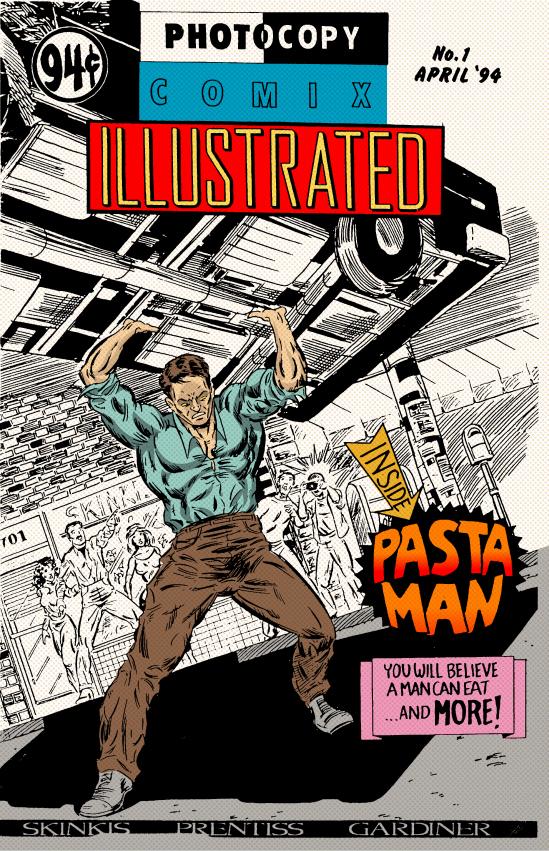 Stand by for my “learning” phase in the comics world.
These are Pastaman stories I did in the mid 1990's or what I refer to as “The Golden Age Pastaman Chronicles” or could also be reffered to as “just plain bad”. An interesting side note: Platinum studio's own D.J. Coffman did a story in the 8th issue of Photocopy Comix. At that point Photocopy Comix was called “Braincandy Comics” for issue#7-#8 then reverted back to being called Photocopy Comix…not sure why the name change, but it was a tallented group of people putting comics out for no profit prior to internet comics. So here it is….THE GOLDEN AGE PASTAMAN CHRONICLES!!!!
-Loran.

Awesome comic man and art! I love old school art i've always wished to learn how to draw like that how did you learn? lol nice comic! :)

A great read. Thanks!

I'm always impressed with your talent. Keep on drawing!

You're hard on yourself sometimes... I couldn't call it golden age, cause what you produce now is as good or even better... It's all gold to me... For the last 20 years!!!