The Truth About Corey Strode 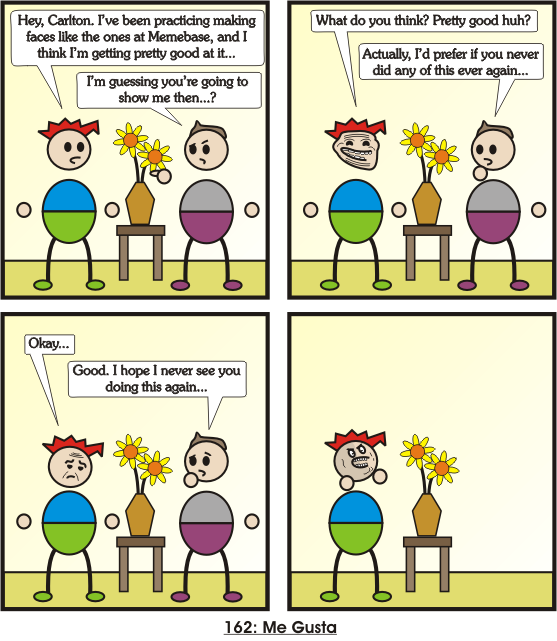 Okay, so this strip was meant to be posted last night, but well - there were some setbacks…

Anyways, I've found that there have been a number of times I've almost tried to make one of the many different faces from Memebase in response to something I've seen or been told.

It's kind of disturbing when I realise what I'm doing. Especially when it's the Trollface. Can't say I've actually managed to pull that one off, but I think it almost happened once!