The Zoo at Home 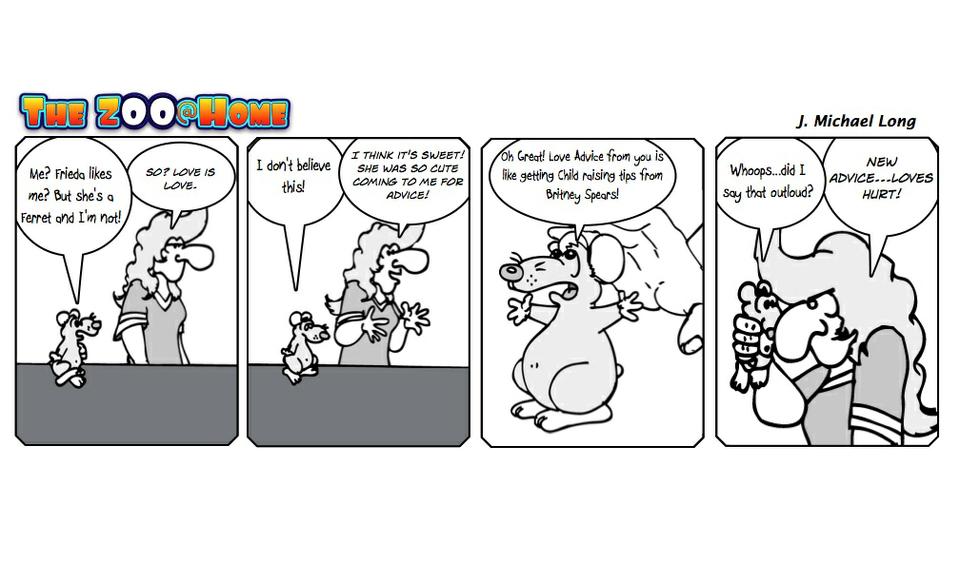 Have a great weekend folks!

I totally remember this comic, whatever happened to it?

I couldn't help but notice the page number at the top. 91-1... Someone grabbed him.

me thinks the weekend has ended...maybe?

...When are you going to update again?

Too funny!!!! I'll have to come back to finish reading them all :P

Wow... this is one helluva weekend huh?

Not sure if I ever heard a Stray cats song called Love Stinks. I know the J. Geils Band has a pretty cool one with the same name. I've been thru the reds, the blues and the pinks...all I can say is...Love Stinks!

It's known as Tough Love! XP

great dialogue in this one! love the punchline!