The lost boys of hometown 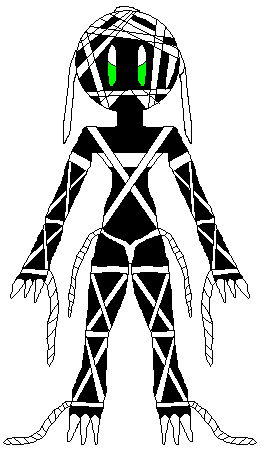 What started on a whim as turned into a project that I'm proud of creating based of the sly cooper games the phantom of Egypt may just make it into the major entertainment world this is the info from the second picture.

This character is something I started working on after playing the Sly cooper series I love stories about daring thieves and their adventures around the world but at the same time I like to get creative. While this was only a rough draft of her done in paint I am really proud how it came out sides now that I got a reference I can get an even better picture done some day.

An over all update of the Phantom of Egypt. While the bandages on the face are still random in design those that make up the rest of her outfit are refined a bit more making them less jagged and mismatched then before. I've also dabbled in the idea of adding visible claws to her hands and feet I'm not sure if this will stay or not but it adds a little more depth I feel for now. The eyes are a prototype cute anime eyes drawing style I'm working on, bettering the eyes will take place more when I take up drawing Sparky again.

Yes as soon as I get the next 4 pages done I will start it up.

(Ah, I see, so we'll be transferring to there then huh?)

(Huh? What makes you say that?)

Pretty soon no one will come at all actually.

(Thats good to know, I was afraid people stopped coming.)

I check when there's an update Just nothing to say