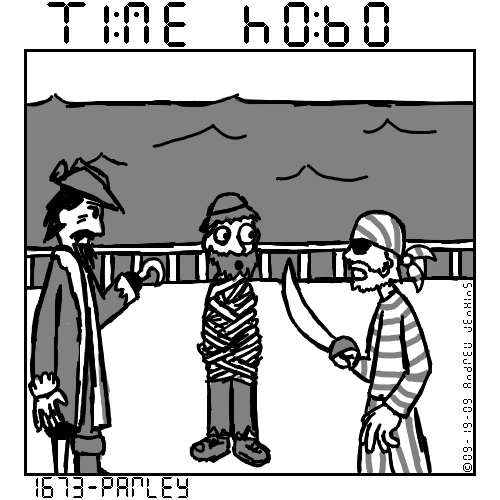 In honor of Talk Like A Pirate Day, I've decided to make a pirate-themed comic.

I'm sure this comic is inaccurate, primarily because the captain has a hook and a peg-leg, and the first mate is wearing very stripey clothes… but I'm kinda lazy. At least he didn't walk the plank.

I did do SOME research though. 1673 is when Sir Henry Morgan was still sailing the seas.