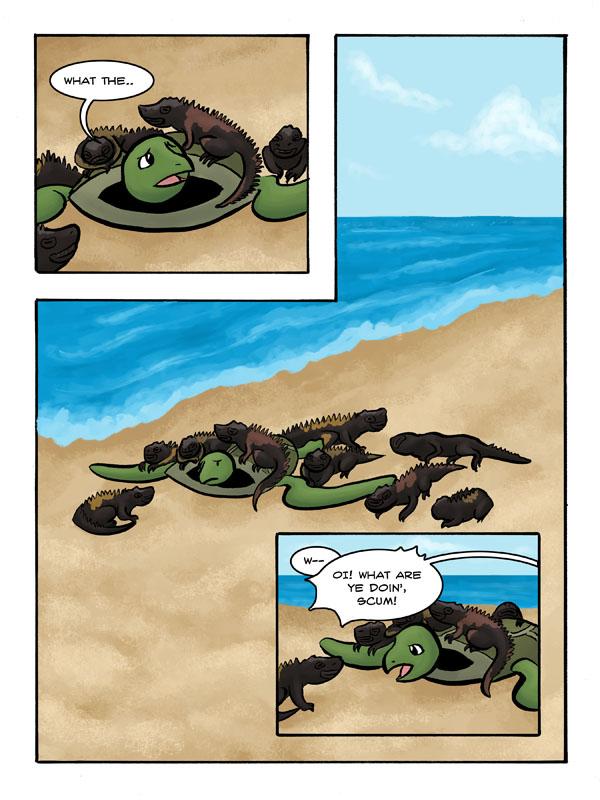 Well, hey there!
It's been a while.

Among other things, I am working on the comicpress version of Timothy Green. I'm updating the look, adding a couple of different stores, and other such stuff for the site. I hope it's good. It's going extremely slow, because I know very little about coding.

As for the update schedule, here's the skinny: for the next few weeks, I am going to be updating near the end of the week. This could mean anytime between Thursday and Saturday. After the fluctuation, I will announce what the normal schedule will be.

Woo hoo! He's back! Good seeing you at WonderCon again. Better get on the ball for having a table at APE!

love his semi-stoic, semi-frustrated expression in the big panel there.