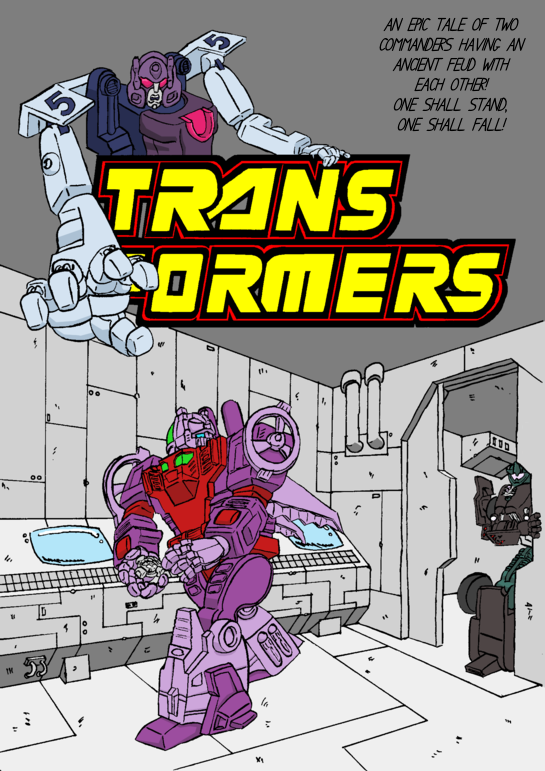 Two years ago I found the box with my Transformers toys. It inspired me to do a comic.
Because my collection consists mainly of late G1 and G2, but the Hungarian (!) Transformers comics I inherited from my cousin were all about early G1, so almost none of the figures I have ever featured in those stories.
To rectify this situation I made my own comic, featuring the ones I have since childhood (I bought some live-action movie and Animated toys lately, those are not included). It's a 20-page one-shot taking place in, well, my continuity, because I took the toys and gave them personalities as the story required them.

Because this comic is mainly to showcase my own collection I'll post pictures in the annotations as the figures come up. To start: