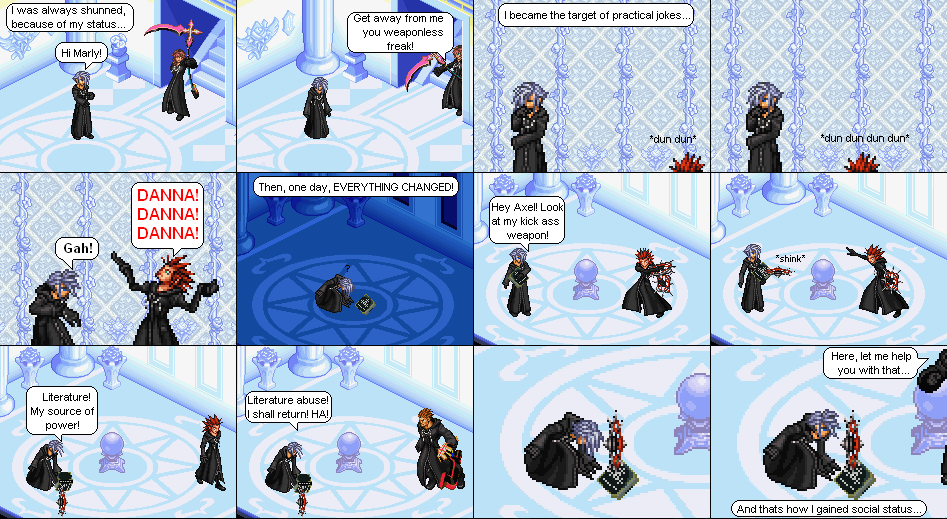 Inspired after watching Zexions battle on Youtube. His weapon rules! So, I made sprites of him with his book! ^_^
And, if I may say so myself, they don't look toooooo shabby!
Kingdom Hearts!!!!

wow those book sprites look amazing! I think this is gonna be a really good comic!