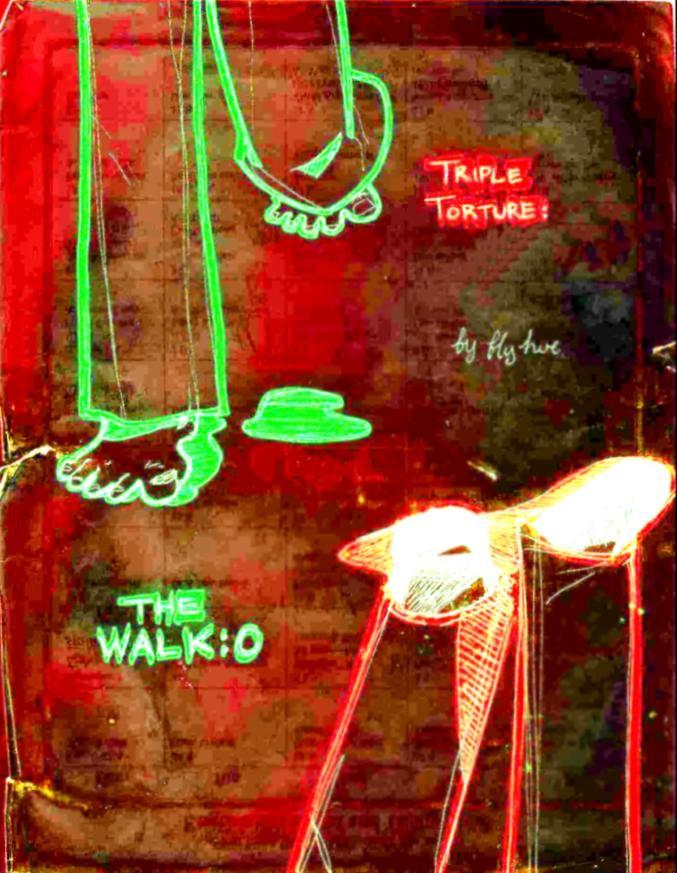 This story mirrors the tale of the Queen Proserpina on to classical Judeo-Christian Islamic figures. It is a “Beauty and the Beast” story. It is about abuse in many forms. There is rape. There is kidnapping. There is redemption, what this story is for most about.
Archangel Gabriel is taken in multiple ways by Lucifer, the Devil. After being blackmailed and betrayed by him, Gabriel somehow still falls helplessly in love with Lucifer, and is held captive in the Hell palace Pandemonium. Archangel Michael and his angels wage war against the Apostate legions to defend Gabriel's honor and to rescue him. Gabriel strives to save Lucifer in his own way. With the help of three mortals, originally intended to destroy him, Gabriel just may be able to restore order between the waring angels and remain united with his lover.
—————————–

“Fun” Fact #1: If you look closely, you can see the calendar for English class that I drew the cover for Ch 0 on. Fun. I know.

“Fun” Fact #2:Titling Ch 0 “The Walk” is the first of many references to The Cure (Yes, the band) that you will see as a continued theme throughout 3T. The second is… well, just wait until you see Gabriel.