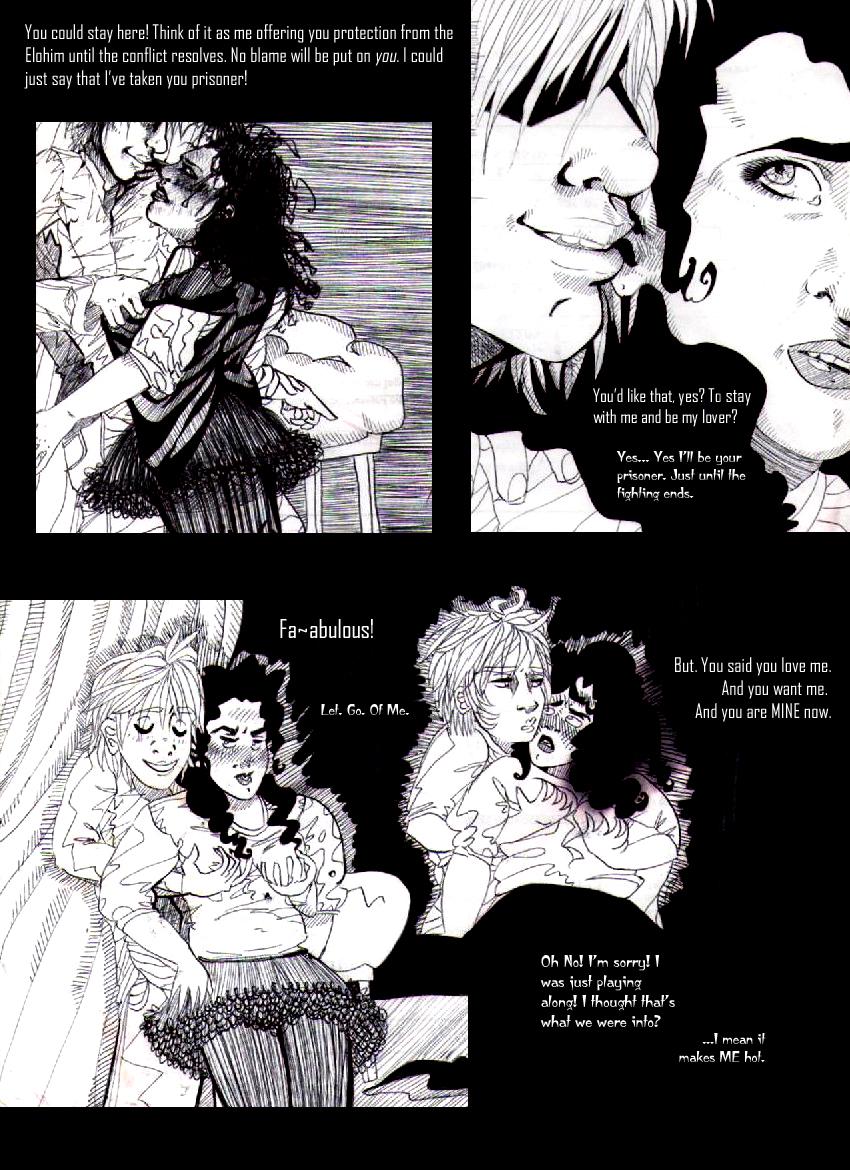 GABRIEL FINALLY GETS KIDNAPPED. I MEAN FINALLY. MY GOD.

Goddamn. You know when you, like, type a whole lot of stuff and then you press the backspace button and your browser is all like Oh you want me to go back? SURE! I'll just delete all this stuff you wrote! :B Okay. I'll try to remember what I wrote…

Crazy Goodfellow: Nice handle! And even more so, keen observation there! I was hoping someone would catch that! Gabriel was being approximate, so to give you an exact time setting we are currently in November 2032. I hadn't wanted to force the year into dialogue and honestly, I don't feel that information is terribly important (it eventually will be) so I was in no rush to make such things known when there's so much more pressing details to be revealed. The time setting has been alluded to a very small amount of times in very subtle ways (I mean, think, how often when conversing does one remind someone what year he is in?) but as you saw it did eventually come up.

About this page: When someone asks me what the story for this is about I typically try to stick to the short version and tell him its simply a re-telling of The Rape of Proserpina/Persephone with figures from Abrahamic Lore. If you pick up collection of Classical myths from the library, usually Proserpina is abducted by Pluto in about the first paragraph. This is issue number 16 and we just got to that part. Um. I have no idea how I held out for this long. Anyhow, the story is about to make a huge turn. I mean, my God, Gabriel has finally been kidnapped! We're actually getting somewhere! Woohoo!