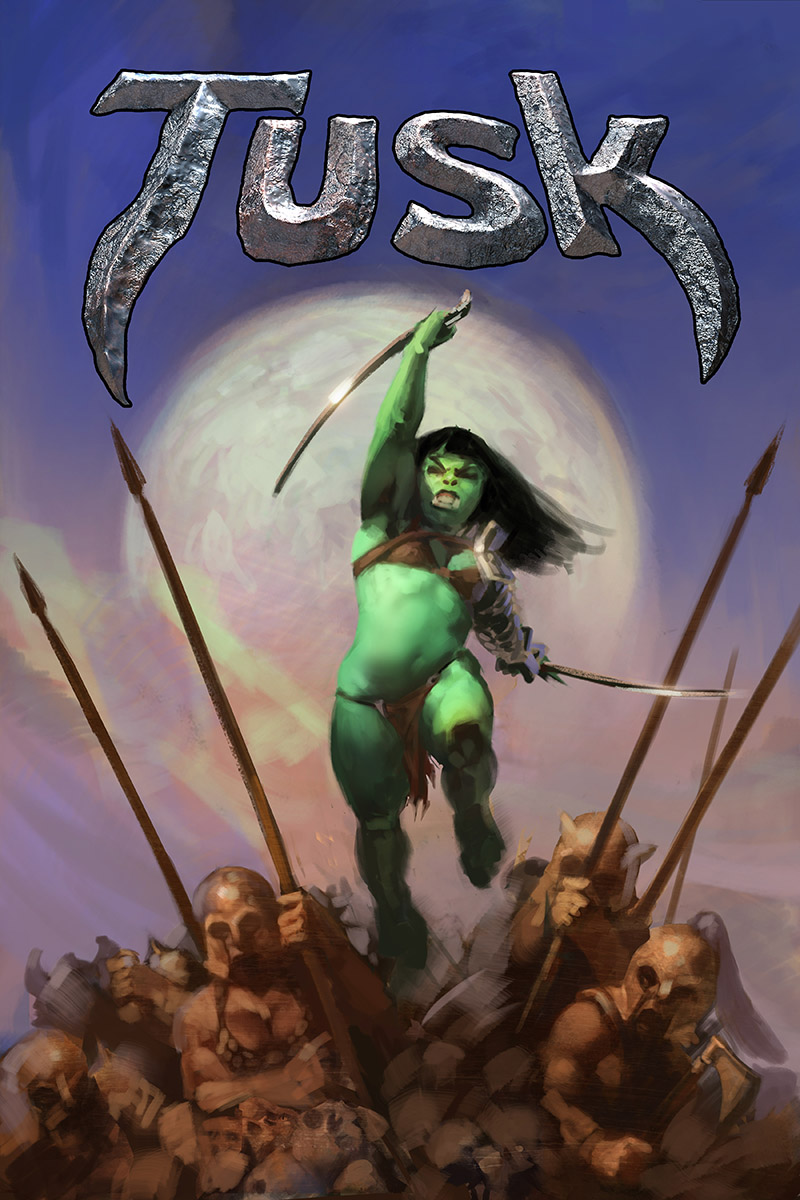 “Tusk” started out as a side-project to my main comic, “Mindfold.” It was originally intended as a concept pitch to show a few publishers. I never got around to doing that, but the comic has taken on a life of its own, and now I am developing it into a standalone product of its own. The update schedule will be slightly less frequent than Mindfold, but it is a regularly updating comic now.

Epic cover. Great to see her back in action. What trouble will she get herself into this time around?

Plenty. but it will be rated R instead of X

OH HAILLL YEAH!! *Has the Fleetwood Mac song in her head!!!*

Let's get ready to rumble!

great to see more stories about her

Yay! Another sound reason for putting Sword of Kings on hiatus. ;)

This is super exciting :D!