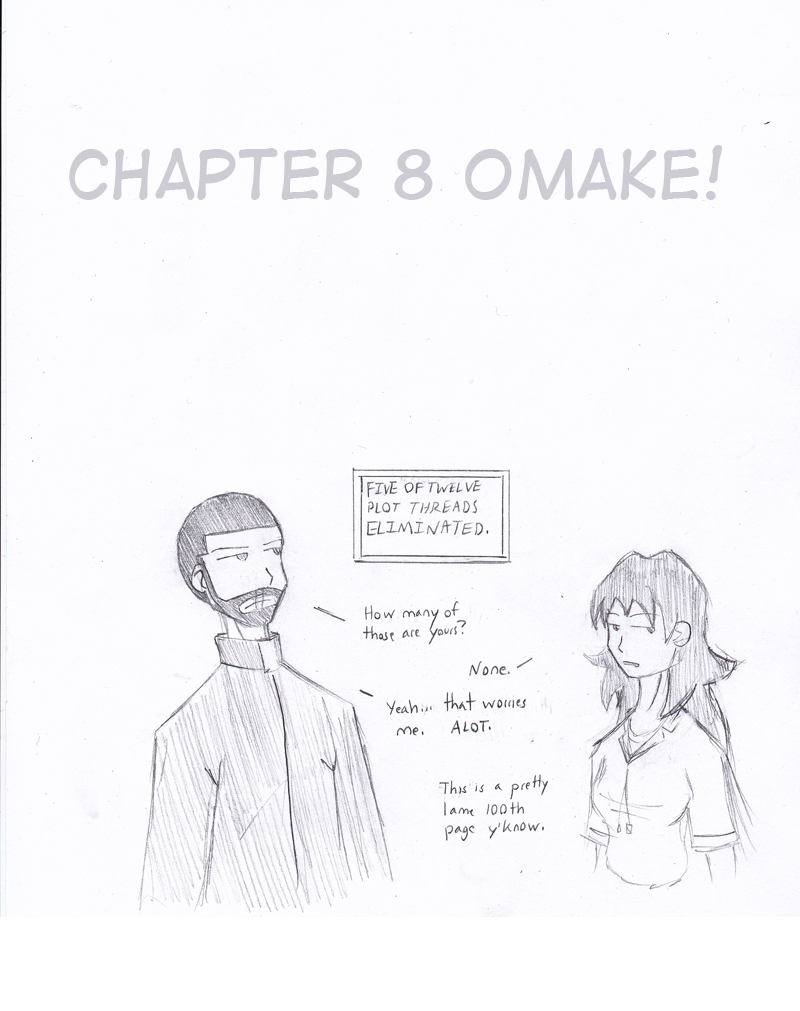 Think about that shit. It's almost time for the two year anniversary too. Fucking crazy. I was gonna do something somewhat more epic, but I got lazier and lazier and said “hey, why not break the fourth wall in the omake?” And so I did.

[SIGH]. I still came back for the hope that just maybe there would be some new pages by now, but no; it was just my imagination. Where are you hakoshen :'(

Congrats on reaching 100 pages. Your characters seem less than pleased.

And break the 4th wall you did, and well Happy 100th page!