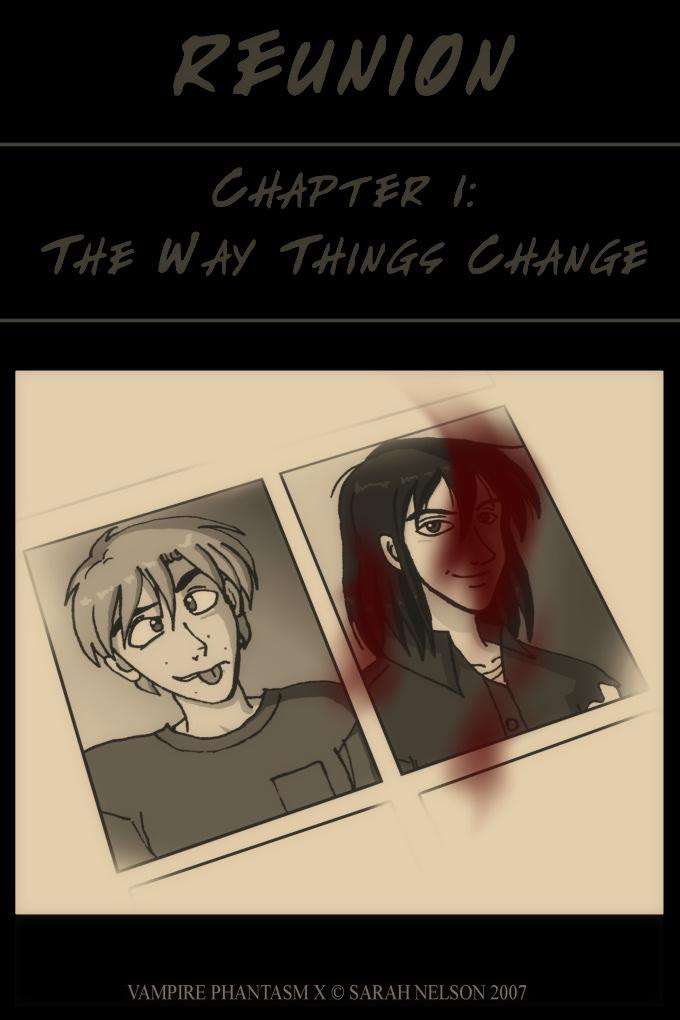 Here is the cover of the first chapter of Vampire Phantasm: Excrucio! (Not the prologue/intro, which is the animation I'm working on.) I sure hope this works out.

Yes, this cover features teenage Jack and Topaz photos from a yearbook…obviously their backstory is going to be different from what the main comic had said.

Topaz was the class clown and Jack was the guy that smelled funny. XD

Since I am still working on the animation AND will also be working on the new comic “Cwen's Quest” soon, I'm not sure how fast updates will be for a while…but I'll do my best to keep the wait no longer than two weeks between pages. Though hopefully it'll be faster than that.

Topaz made that face on a year-foto? O.o

katyas: I have made other VP comics, but you don't need to read them to understand this story, so no worries. ^^

Is there another comic I should be reading prior to this one?? Am I going to be lost? Lemme check something out ... 'cause I don't want to be all lost and stupid :-)

Faved. Waiting for the new pages with eager anticipation.

That looks really quite cool! ^_^

Poor Jack, does he smell like blood. I love the pics though! I'm so excited!!

Intresting composition for the cover, the way you did the pictures reminds me of photos in a yearbook, but I think to help it seem more obvious/complete you could of thrown in a few more portriats for the other students. It's not vital and it's understandable as is, but the effect would of been amplified that much more by simply including some other students so the two main pictures don't exist in a void. As for the red, I am assuming that is blood? This is another case where it could of been done better if that's the case. Granted I could tell it was supposed to be blood, but it doesn't seem like it is entirely. I think the whispyness of your brush choices are to blame, and the lack of color variations in the red. Regardless, it's a solid cover, but by going an extra few steps it can be even better.