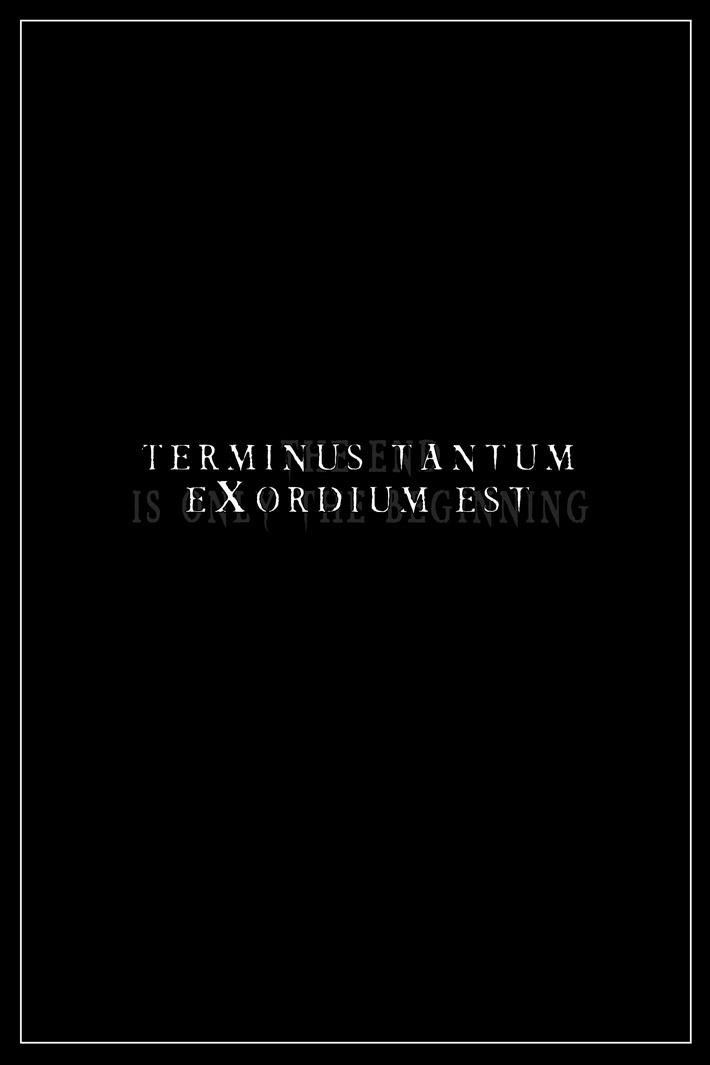 “The End Is Only The Beginning”
To those who can't read the translation underneath the Latin.

This is the “THE END” page of Vampire Phantasm: EXcrucio.

Yeah, I know…a rather corny end page…but the title of this prequel is “Excrucio” which is also Latin for “To Torment”. So I thought I'd go ahead and end it with another Latin phrase.

I also didn't want to say outright “The End” or “To Be Continued”….because it will be continued but NOT at the point we left off at, and it's certainly not the end. Sooo….it's the end of the beginning. Yep.

I don't know how right the Latin phrase is. I did a little research and well….I TRIED. If everyone gets on me about this possibly being wrong, I may just change the text here to “Finis” and leave it at that.

I still like it. Now i gotta read the other ones you created.