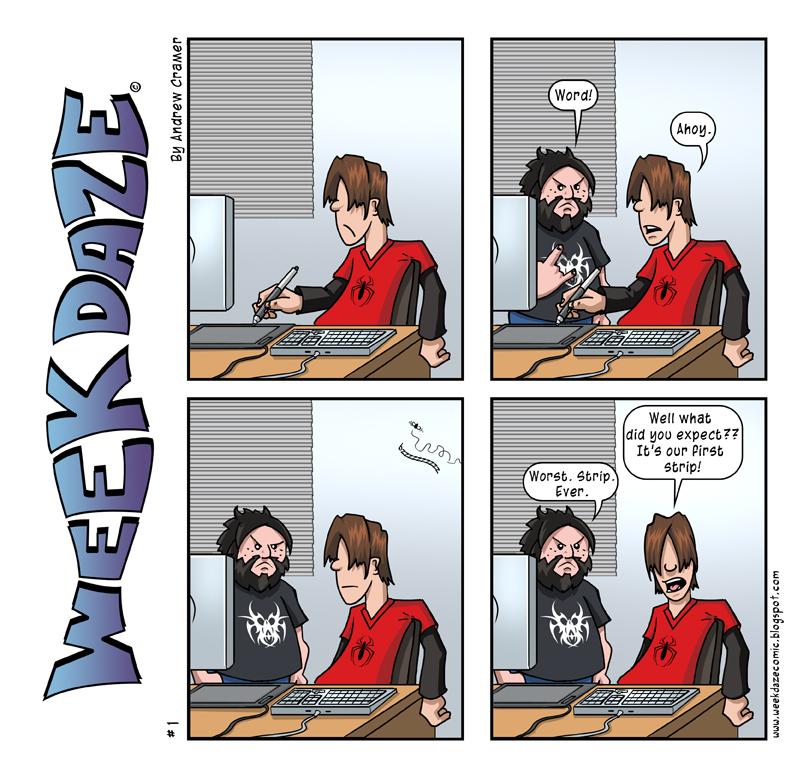 Ok, ok so this is the very first Week Daze comic strip! Its pretty damn crap I know but that's cos I just couldn't think of anything!! (which is basically the “joke” for this one)
Anyhoo, I have a few ideas lined up so hopefully this strip won't suck as bad as this first installment!

A bit of background quick… this is based on characters from my strip I did in college called School Daze (which can be found in my gallery). The characters are all grown up now with crappy jobs… just like me! lol

Hah thanks man. There aren't really any rules to comic stripping that Im aware of so I figured what the hell! LOL Thanks for looking!

I don't like people breaking the forth wall in the first comic as a rule, but the worst comic ever comment helps compensate.

Thanks! I was really worried about my first strip not having an idea and it finally became the joke!