What A Life Side Stories 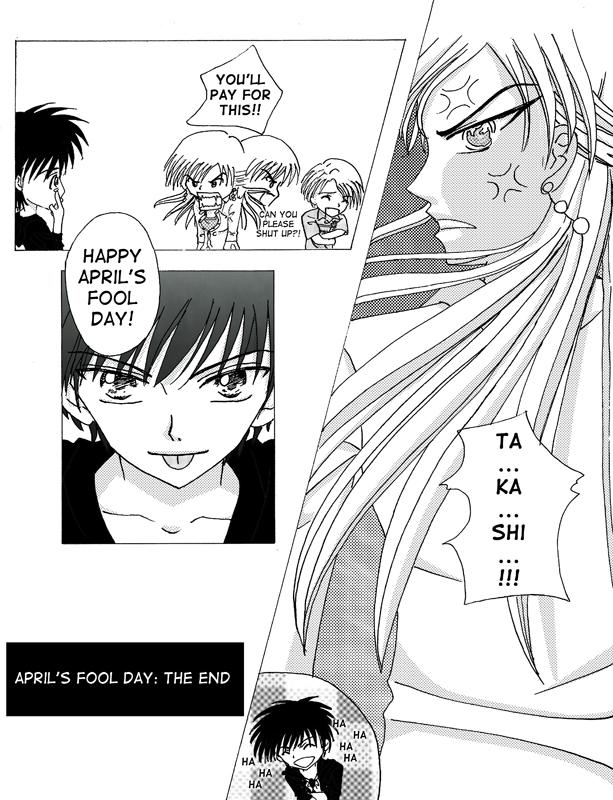 *READ FROM RIGHT TO LEFT*

Your style of drawing is so pretty and the story was really funny! =D

um,why do u have so much comic?

Your art style is adorable! I love your comics ^^ Keep drawing :D

I actually don't think your art looks much like CLAMP. I'd say a mix between Natsumi Ando and Natsuki Takaya.

Hahaha awesome! heh aprils fools might have been a while ago now but that doesnt matter! this is great! love it! so cute^^

April fools! That was ages ago!

if you really look, most drawing styles are similar, so you can see that yours just has some of either the writing or the drawing elements of clamp. :)

how come ppl kept on saying that my drawing style is like clamp? i'm not mad or anything, just asking ^^"

subcultured- so do I