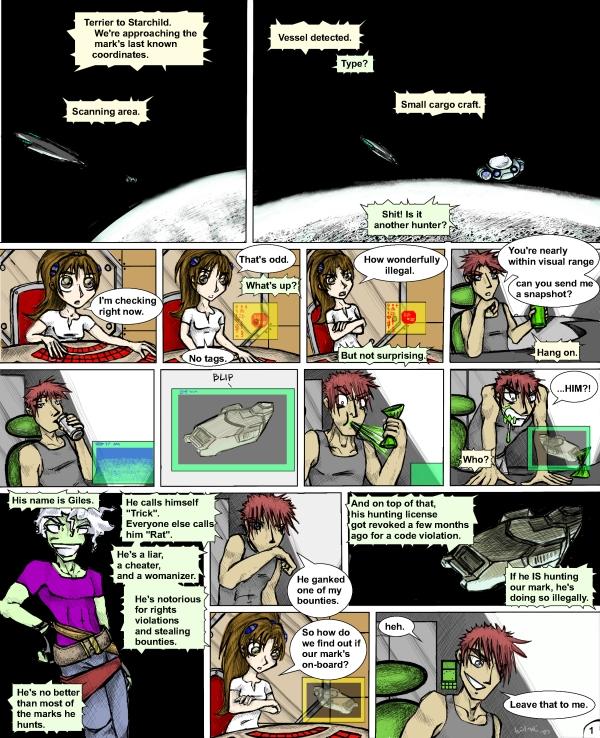 I went back to the ‘old’ style for this page. I'm not sure if I like it, since it kind of looks like crap. On the other hand, I haven't worked with it in quite a while either, and it converts easily to pure black and white.

Trick is actually one of Jester/Zwuh's characters whom I liked a lot. I asked him a while back if Trick could make a cameo as one of the rival hunters, and he said o.k. I'd point you toward his comic, except that he doesn't appear to be running one at the moment…

Let the game of cat and rat begin!

Looks intresting, I'll put this on closer look to see how will this turn out.