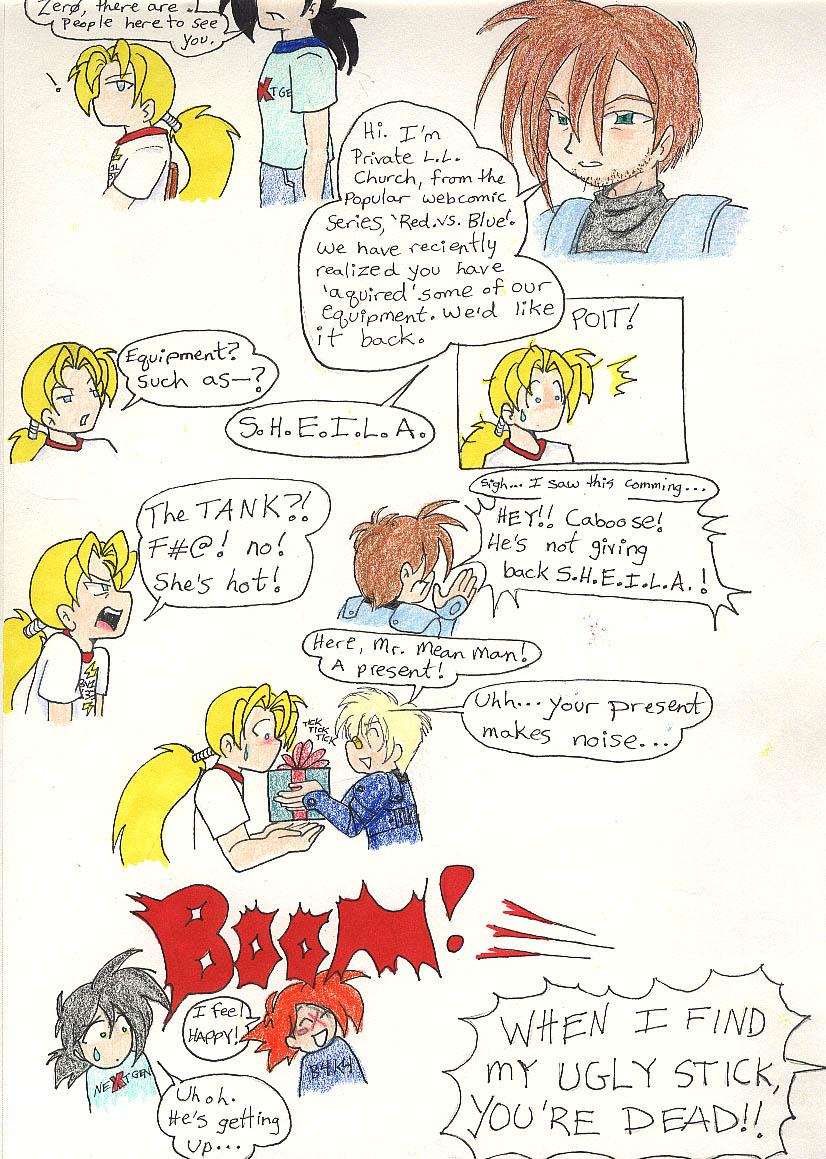 For those familiar with Red vs. Blue, you may actually understand this one.

Red Vs. Blue is a Halo fananimation that a team started some years ago, and has become a phenominon. They use actual scenes they captured from the game, and put their own voices over it. It's hilarious, and I'm addicted to it, going so far as to buy several of the DVDs at a convention with the last of my money. >>

Anyway, I wanted to poke fun at the series, and this was the best I could do. Character designs were based on a friend's fandrawings of Church and the others.

I really detest armour, by the way.

so thats where S.H.E.I.L.A went

Wow, so that's how you imagine the characters looking like under the masks? It's brilliant and Church is hot. Did you know you can see all the episodes on Youtube.com? I f-ing love that series X3