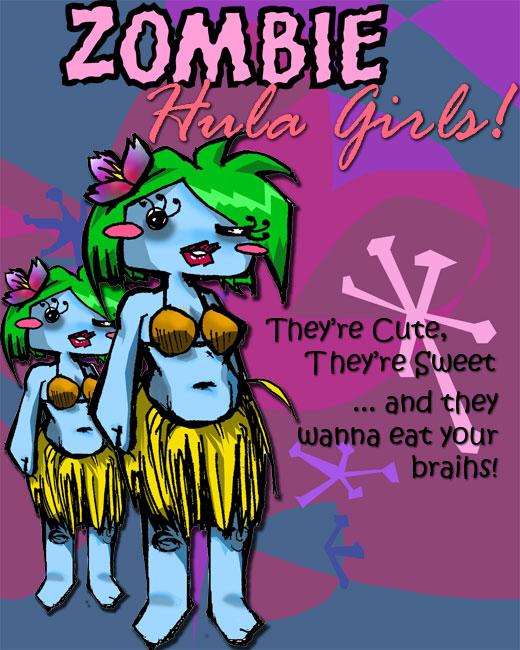 They're cute, they're sweet, and they wanna eat your brains!

They're so sweet and ravenous!

:) this is awsome i really like ur style :) and thanx for the comment, you are too kind. :) keep it up. vin xx

grrrrahhh! Okay it's penciled, but I fell asleep before I inked it...Soooooooo

Finally another webcomic with ZOMBIES! I've been zombie deficient since Zombie Love Bunnies stopped updating...although there [i]is[/i] a zombie in Nancy the Necromancer...ZOMBIE ZOMBIE ZOMBIE.

::pulls at hair:: stop with the lies! we want to see the zombies! XD

Ahhhh I'm trying to work ahead so I can update regularly without fear. Fear of a nation of zombie web comic readers who want to tear me limb from limb just for the pure excitement of it...oh woe is me! Monday I promise I promise, to prove it I'll put up some character designs later today....

I know of little that is scarier than what is depicted on this page.

I'm a liar!!! IT's actually coming this Friday...oops!

Less than a week guys! Me so excited!

Player one.. you bring up a very interesting point. I'm taking my comment back... My new comment on this page is: Thats hawt!

neat and cute and... diseased slightly...

LOL! This looks like it could be pretty funny =D i love the style

.. This looks really cute. And so colorful! I shall watchy.