a guide to maplestory 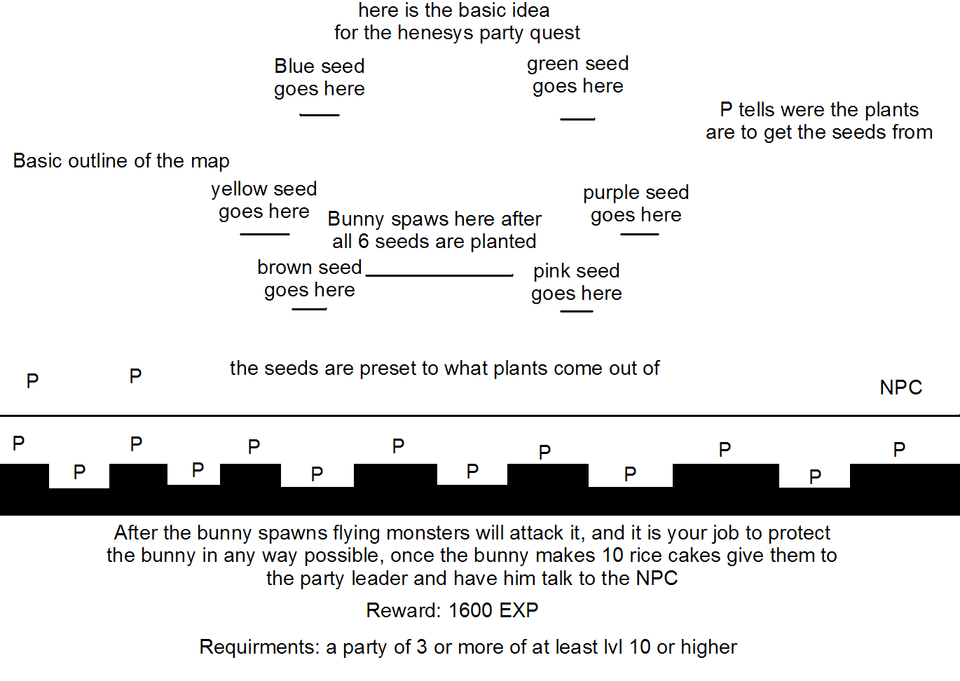 to get in talk to tory in the henesys park

ZJ, you should seriously update this.

In response to Glandis: Noobs do not slow you down. I for a fact make it a point to recruit noobs to help them get experiance. Besides if you don't recruit them, who will? By recruiting high level players who have never done the quest before is a good thing, tell them what to do and you have a decent party member right there. Lower levels simply need telling what to do, as long as they know to drop the seeds, you can pick them up and place them correctly. Oh, 'Pros'. I hate those people who advertise they're up for a PQ and add 'I'm pro' at the end of what they're saying. It's basically saying 'I know how to do this PQ, but I'm just telling you in case you didn't suspect I did'. I've had some cases where I've recruited pros and later found they didn't know what they were doing until I explained it to them. Saying your 'pro' also makes other people feel bad, I remember my times Ludibrum PQing and losing out to Warriors as a Wizard because they put 'Pro' when advertising for PQ... If you find a jerk on MS, the only reason you know that persons a jerk is because you provoked them first most likely. If someone attacks you for your choice of party or method of PQing (OMGOMG U NEED A LURE U NOOBZ!), you simply tell them if they don't like how you play, they can leave. Pfft, someone insults you on the way your character looks? OH NO, MY CHARACTERS PIXALS DON'T MATCH! I'M A DISASTER! It doesn't really matter if they're a showoff, if anything they'll try harder to show off and in doing so help a good cause. People will always listen to you, even if they're talking. your words do show up on your party's screen telling them what you said. If you say 'Blue and Pink seeds left', they will take this into account. And if they don't maybe they missed it, repeat what you said and carry on. Henesys PQ is the lowest level PQ around, and is there to be enjoyed by all. I joined once with my main I/L Mage and had a good time defending the moon bunny. It is silly to not recruit the first person you see and get going, seeing as the majority of people are levels ten to fifteen, some up to twenty. Its true some people won't know what to do, and not everyone goes online first to check for a walkthrough. Hell, even after I checked a walkthrough I didn't know where the seeds went but I still got the PQ done in the end... Phew ok I'm done. ^_^ Ignore any typos as its like 2AM. ^^'