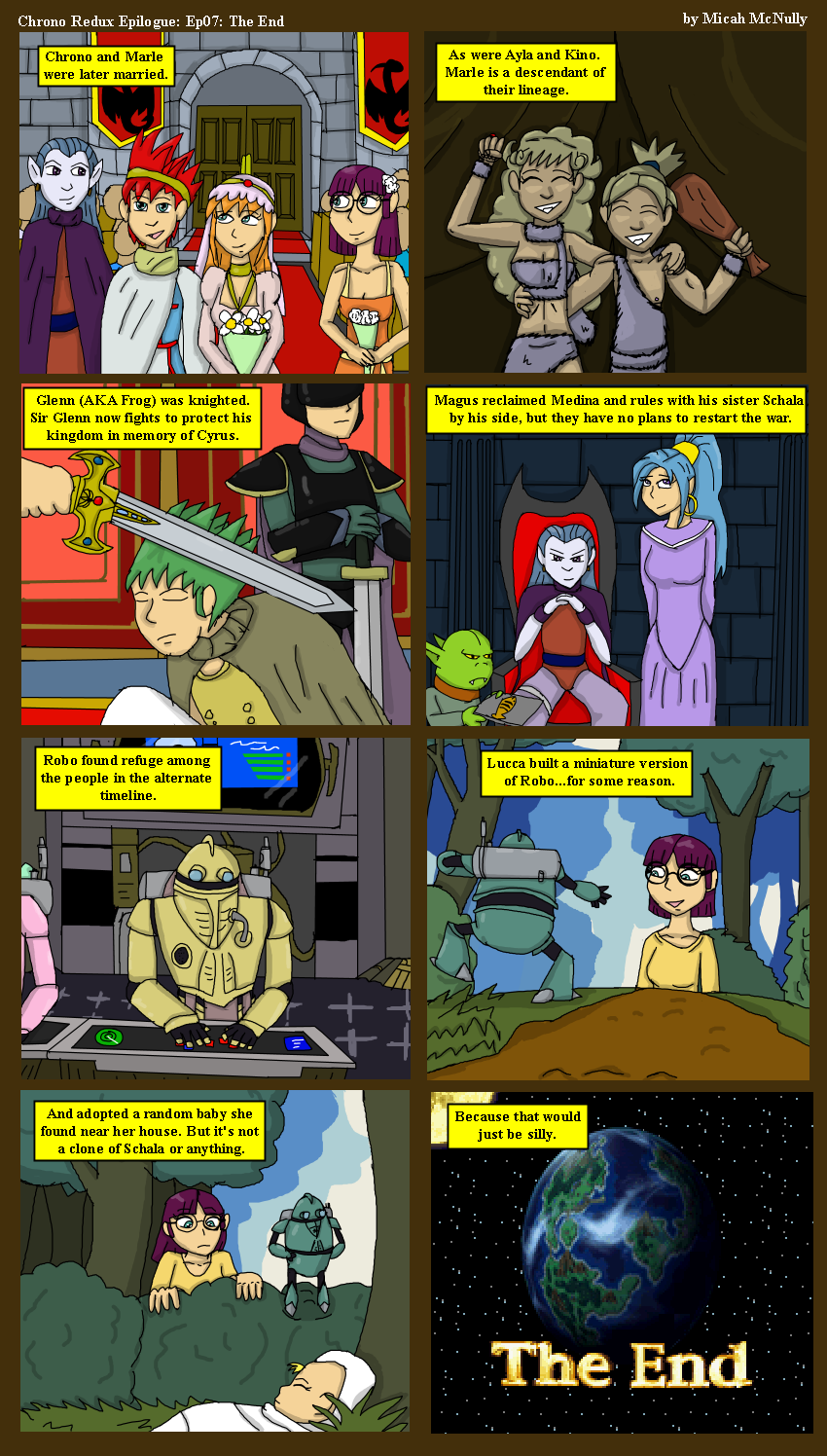 This is the end, my only friend, the end.
Anyway…I consider the animated cutscenes to be canon and so they were initially written as my last page and I would use screen caps. Unfortunately, I didn't have a good source for the screen caps and I wasn't sure about Lucca's since I wrote Schala back in…plus there was no Robo or Magus, so I scrapped that idea and decided to just draw it.

And then I didn't have anything for Lucca, so I rewrote her bit.

Speaking of Lucca, how dare they leave her out of the wedding scene! Seriously, she and Chrono are childhood friends and yet she doesn't appear in this scene. (Maybe there's some jealousy or something, I don't know.) They show freakin' Melchior, but not Lucca? I call BS on that!

Well, I enjoyed the 3+ years of this comic and hope I introduced some people to a great JRPG. I have no plans to do another sprite comic at this point, but I still have Dragon City and Pegwarmers going…for now. I had considered doing another sprite comic, but I've got no ideas for one currently.

You're welcome! Thanks for reading and I'm glad you enjoyed it.

i just noticed that i never got around to writing a thank you for such a great comic. so while it is a couple years late, thank you for all your hard work making this.

You're welcome. Thanks for reading.