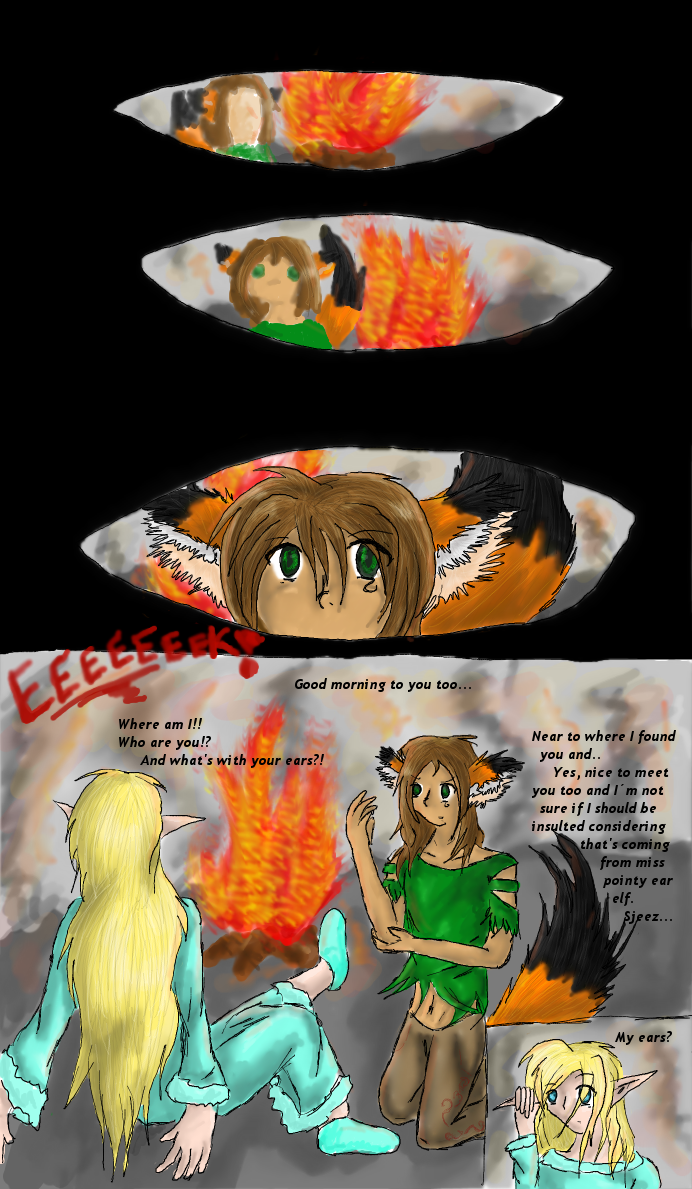 Demonlife back in action, page 12

A joke? No really, demonlife is actually getting back on the track ;)

Now with 80% better art and an update, yes we still update once in the million years ;P.

I still can't draw backgrounds though…..

And introducing Dameon, our first male of the two main males characters, (not including mister evil guy) don't go hoping on the second anytime soon, he'll won't be on in ages (sadly, since he's my fave xD)

Fun fact: This page has had the most redrawns in demonlife history, I drew it 3 times before (on paper) of which I was half way colouring two of them, before leaving them, looking back on it later and thinking, man I could do better now.

Fun fact 2: Dameon has had the most character redraws of all characters, he had loads of different outfits, hair and a lot more before settling on this one.

wow you drawings have improved a lot, the coloring too, keep it up now!

Nice effect with the opening eye!