(online) posts: 2,084 joined: 2-28-2007
Well. We have returned to the wonderful world that is DD.
we come back to see that everyone is still Quacking. and what is this in our message Box. Oh happy day, Oh Joy Of Joys.

so other that that pissing us off.. how have all you been?

BTW We now have a new found HATE for sprite Comics. all you Spriters out there can blame this on the toe head that took our Avatar. its bad enough that you mucklucks can't draw (we are a crap artist but at least we put pencil to paper) and have to copy past someone else's work. but now you just come on, look at the forum and say “duhhhh…. oh looky i want that avatar” pathetic.

So Congrats you miserable Pissant fuck. you managed to make what We hoped to be a happy return… into a rant. oh and for a addend bundle of joygazzum. We will now start a Full on WAR on sprite Comics.

So Rejoice. For Vary Bad things Are About To happen Quote By :Ritcherd The Warlock form LFGcomic

and pleas help our cause if you see the no talent sprite jaggoff named fire1337 or stumble on his so called “comic” Pleas Flame the Moron until he leaves DrunkDuck.

fire1337, We will not end this war till you leave. or commit suicide.
Ether one is good for us.

Oh and we are fully aware that this will get us Banned or completely Kick out of DrunkDuck. But we feel that this is Worth it. So If this is Our Last time here.
We Want to say Thanks for the Fantastic times.

I think that guy stopped posting a while ago. Maybe he felt your wrath and ran away.

good new: my hand is allot better after a crap lode of physical therapy.
no scanner but got my tablet working to a point that it can be used. (We never could draw with the damn thing)
and We are in works of doing a Re-write for Spooky The ScareKrow.

So let it Be know. The Cold Hot Cola Is BACK

(offline) posts: 1,391 joined: 6-11-2008
Good news and welcome back! Trout and Amanda are trying to manage the noobies but I always thought it was a good idea to kill off as many as we can up front…

In some other thread, I

Dark Clown
Welcome Back! Would You Like A Cold Hot Cola?

I
I have a gun. It's really powerful. Especially against living things.

and no our dear CTrout.. it's still hear. and like all dumbfounded teenagers who has no skill other than copy and paste with others works, sent us a scathing PQ.

that was instantly deleted for lack of intelligence. honestly if you plan on sending hate mail… do not include it with an apology. yes thatâ€™s right. first a “my bad” of sorts. the a few line brakes followed by the foolish crying of a 14 year old emo. some mention of tampons, repeating the same line.. again a spriters stupidity at its finest, in the over use of copy and paste. and as always the ever so popular use of ALL CAPS.

and our fave. saying that the avatar we use was not made by us and they he found it on the Google search.

so let Us just say. We did make The avatar that we use, using the back art of a PS2 game that we own. this is what we used. 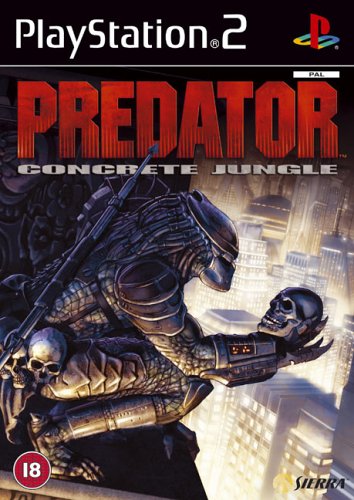 with the aid of a Scanner we were able to lode the full image.
we never once clamed that it was drawn by us, no even try to. but the cropping and color tuning was done by us as you can clearly see from how much darker in color our avatar is when compared to the actual box art. as is often the norm for a lot of avatar creations. Along with the varying Sizes. there are different sized one's due to that fact that we use this same Avatar on multiple sites. others that use the exact same image often crop it to include the skull. We did not.

We hope that previously mentioned little boy reads this. that way he will know why he is to remove his foot from his mouth.

Ahh yes and. the images you found while goggling, are also hosted by us. or are done by the site to which we uploaded them.

and we know that reality don't fit into your little world of “Sonic is so L33t” or “Lolz Megaman” but we felt it necessary to shine some light on this little situation.

Now enough talking about some one with the I.Q. of tarter sauce.

For we must go to welcome all newcomers