(online) posts: 4,065 joined: 4-9-2010
I've been woring on various spaceships for BASO for ages but all too often I'm not happy with the results, usually because I make them up as I go rather than go in with a plan. So here is one I started designing last night.
it started with some very rough sketches which I can't be bothered to scan in but here is a rough MS paint interpretation. 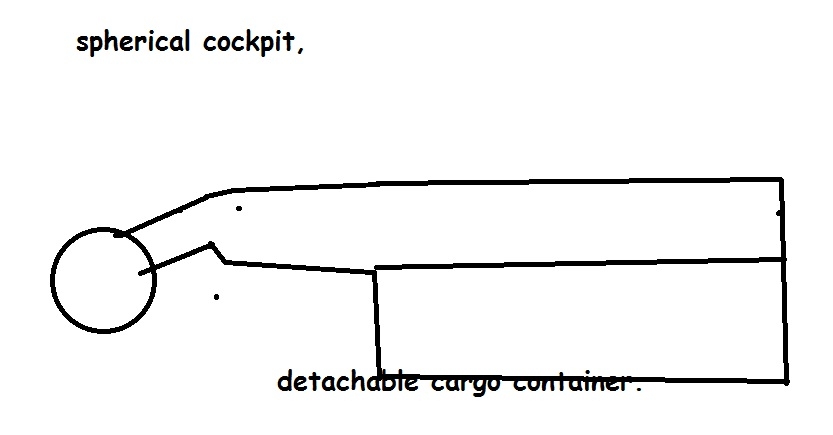 very basic I know but I had a clear idea in my head.  the cockpit would be something like this…

yeah, I know BASO isn't a lot like star wars but there is something really cool about the spaceships of the original trilogy.  More used and industrial than those of the prequels.
Still this aspect is something I will visit again later in the creation process.
I originally imagined it as having a detachable cargo container although my first 3D version has abandoned that. 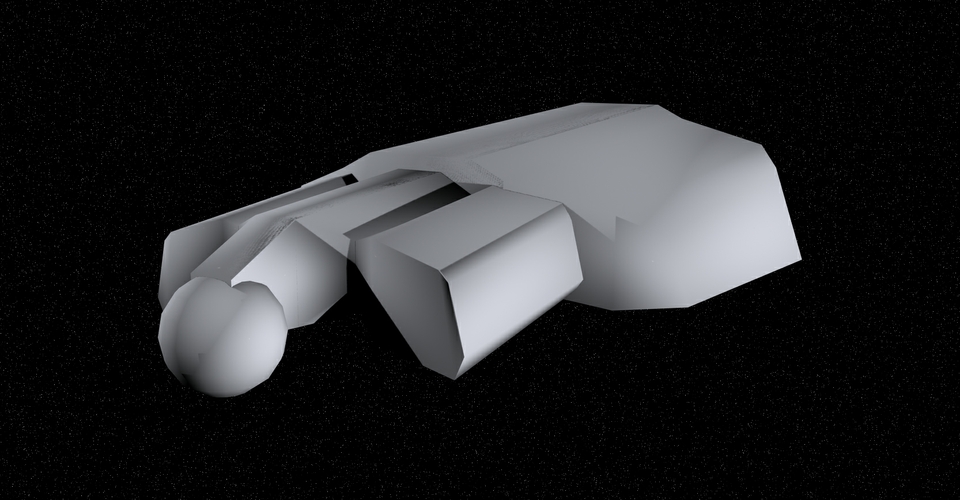 This be that 3d model, it's just a case of having blocked out the basic shape so far.
The cockpit is larger than I planned, i may reduce it, or alter the plan to make it seat more than two people.  the idea is that the cockpit will have stairs leading to the main corridor and on the left and right in those parts sticking out would be the quarters and recreational area.  the read would be engineering and such like with the cargo area sitting below, possibly a detachable unit.

(online) posts: 1,275 joined: 5-4-2009
One thing you might try is building it modular. Model each part separately, and then you can reuse parts later in future constructions.

(online) posts: 4,065 joined: 4-9-2010
Yup already on that, head, thorax and abdomen. well sort of.  I'm also thinking of doing the thrusters as seperate units too.
Before modelling too much I may play with greebling via displacement maps rather than building them into the model.