Mine was No Jacket Required by Phill Collins - given to me as a gift. It wasn't bad, a bit poppy, but nice and high energy like a lot of 80s music was.

First CD I got that I actually wanted was Simply Irresistible by Robert Palmer. Still love it :)

(online) posts: 2,775 joined: 4-21-2007
same here, i only had tapes until i was about 12 or so.
the first one i can remember is either Metallica-Ride the Lightning, which i coaxed a friend's mom into buying for me, or Obituary-World Demise. i dont remember how i got that one. satan probably delivered it. i was happy to see once that the smoke stacks in the world demise album had been used in a textbook at school! sans Obituary logo of corse. It was a gift. I didn't even own a CD player. I had to buy one. I never got any more CDs. I listened to my sister's – or the radio. My CD player was crap. It jumped and skipped like an old record player.


Come to think of it, the first CD I ever used was a CD-ROM disc on my dad's new school computer that he brought home for the summer. It was a first person exploratory chemistry lab.

He put the headphones on me and there is was better than anything, Pink Floyd.  I didn't get my first CD until I bought a CD player when I moved in with the wife to be five years later, butthe first CD was indeed Pink Floyd and the second was the same as MrHades.
The third was this:

I had invited the terrible trio together with which we made up the dangerous quartet of my high school over for a few laughs and they'd dared me (in the usual giggly girl manner) that I wouldn't dare phone a radio station and participate in a contest they were having with that CD as the prize.

Clearly, I won the dare. :P
But I had to wait until my folks bought a CD player to listen to it. Can't say I was overly enthused.

I always say that I was born with an NES controller in my hand–once a gamer, always a gamer. I did listen to music that everyone else listened to, but just on the radio; never bought any tapes or CD's. The first music CD I ever purchased was the official soundtrack of Lunar 2: Eternal Blue Complete, a PS1 game. I always had a thing for game music and listened to it more than normal music, and to be honest? I still listen to game music more than anything else.

(offline) posts: 7,057 joined: 1-2-2006
Pearl Jam's Versus. I was a huge PJ fan and I didn't even have a CD player at that point, I was still saving up. But the album had just come out and so on release day my friends and I walked to the record shop at lunch and bought our copies. (I also bought a tape so I could actually listen to it.)

(online) posts: 5,802 joined: 8-10-2007
I can't rememmber.I got two CDs pretty close to each other, so I cannot remember which ine was bougt first. It was either Smashmouth's Astro lounge or Back Street Boy's Black and Blue.

Thinking back, almost all my CDs were gifts, even stuff I really wanted… I just went through my collection now and even a lot of the older CDs of stuff I liked back at the time are things I bought second hand much later so it's really tricky to tell when it comes to working out what was the first CD I actually bought with my own cash :(

Back in the day I listened to LPs and stuff I taped fro the radio or swapped with friends or bought on tape… CDs were pretty expensive.
First CD I bought might have been Pump by Aerosmith… Or Are You Gonna Go My Way by Lenny Kravitz, or Little Earthquakes by Tori Amos? Or maybe they were still all gifts, I dunnoooooooooooooooooooo!

ozoneocean wrote:
This is a really interesting topic becauseit dates people in all sorts of cool ways! And it's hard to recall, isn't it?

Very Cool – and for me impossible to recall.  We were late into the CD scene, and I think there was a lot of catch up all at once.  Pretty sure Phil Collins was among the first.

If you want dated – I do remember my first LPs.  There were two, and I received them at age 2  (haha):  Paul Simon and Lily Tomlin's This Is A Recording.  Sorry that Lily has disappeared, but still have Paul.  and a turntable
You TOO can be (multiple choice)
link
Abt_Nihil at 10:40AM, Aug. 23, 2012

(online) posts: 28,056 joined: 1-2-2004
Wow… So early 90s!
It's funny, people often characterise the 90s by stuff like Nirvana and Pearl Jam, but those were the big standout exceptions, stuff like Abt's CD there was really what the early 90s was all about- Which makes this even MORE interesting!! (online) posts: 5,802 joined: 8-10-2007
The first cassette tapes I remember having that didn't inlude a story book with them was a collection of soundtracks from several Disney movies. I don't remember all the movies that were in the collection, but I at least know that in included Snow White and Pinochio.

PIT_FACE wrote:
hahahaha! i like how you said that like you were picking someone out've a line up.

Wow, now we're on to the first music of any kind we ever got… When I was little mum and dad had a big reel to reel tape machine- you know, like they used to have in all the videos of professional recording studios back in the ‘70s and ’80s or in any TV show featuring “computers” back then. They were great big reels with miles of tape!

My family never, ever got an actual cassette tape player as part of the home stereo. We had a reel to reel player and a record player, then moved straight to CDs.
For cassettes we had a little portable Sony radio, and of course my sister and I each had a Walkman!

As for the earliest records I ever got given to me… There was a Disney one, with singing… uhg… There was a Star Wars one that was pretty good: one of those read a long things. That was back when it was called “Star Wars”, NOT “Episode whothefuckcares”

Two others I got as a little tadger, both record singles-
- The Ballad of Peter Lalor  (Australian historical revolutionary hero involved in the Eureka Stockade… it was just '60s style retro folk music.
- Paul McCartney singing Mul Of Kyntyre

The first LP I got was this… 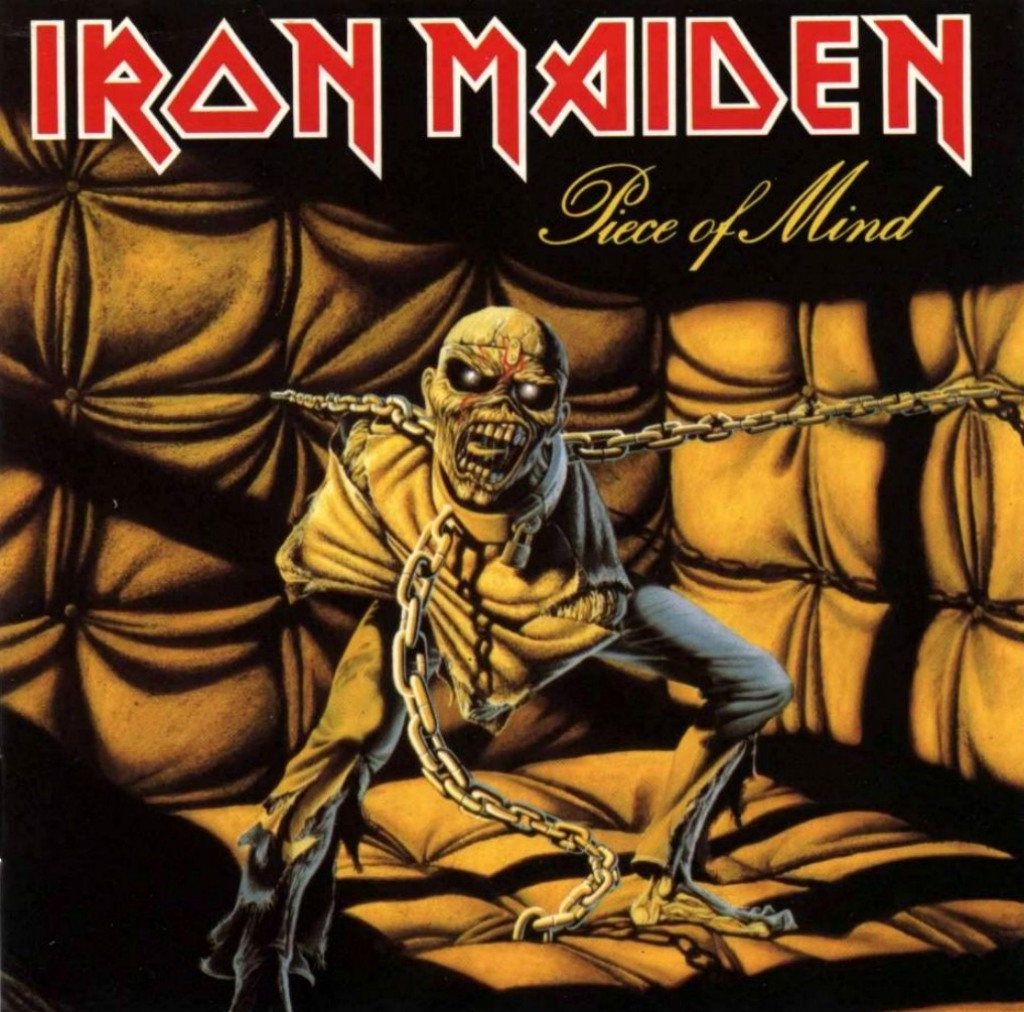 The first CD I remember actually buying myself, oddly enough, was The Smashing Pumpkins' “Mellon Collie and the Infinite Sadness,” when I was living in Coffeyville, Kansas. It was such a small town, and such a small music shop, that I guess it must have been a pretty substantial sale, because the next time I came in there the store owner pulled me aside and showed me this giant mega Smashing Pumpkins box set he'd picked up because he figured I'd like it. I just had to slowly back out of the place like, “Whoa, dude, I'm not even that big of a fan!”

Last time I visited Coffeyville, I didn't see the music shop, so they must have gone out of business. Big chunks of the town are being reclaimed by nature; it's kinda creepy.

(online) posts: 2,751 joined: 5-29-2007
I want to say the first CD I ever got was a gift and it was a best-of the Beatles someone gave me. I think I was about 8 or 9 years old at the time. The first CD I ever bought myself wasn't until I was somewhere around 20 years old when I picked up Atmosphere's The Lucy Ford EP's, which I bought solely for one track on it. In between I always borrowed CD's got it off the internet or as gifts from friend's bands. My music collection has always been small and composed mostly of local bands.