(online) posts: 2,775 joined: 4-21-2007
Hey, so I'm watching some youtube videos on openings in Animes and it's got me thinking about the synonym for comic creators like most of us, comic covers. TV shows tend to put so much effort into their opening segments because it's the main-face of the show. It's supposed to intrigue the viewer enough to stay and watch the rest of the show and hopefully the series.

Comic covers have a very similar function. Their primary design was intended to grab you from the racks among a myriad of titles and to get you intrigued enough to pick it up and see what's inside.

However, I've noticed that many people on this site, including myself, continue to create “covers” to our comics and not just on the home pages, either. They tend to mark the beginnings of chapters which often wont be seen unless you're already flipping through the archive. so my question is this: if you re someone who still posts covers within the body of your comic archive, why do you do it?

(online) posts: 28,033 joined: 1-2-2004
Because covers are great fun to do :D
You get to cut loose! You're free of the structure of panel by panel storytelling… you can sow off your characters and story elements however you like :)

(online) posts: 795 joined: 5-15-2012
What Ozone said…! For the Godstrain, each chapter I'd take a classical piece of artwork and parody it using elements from the Godstrain, often roughly inspired by the coming chapter. Loads of Fun!

For The Good Walker, each chapter cover is sort of a mini-preview of the coming chapter (plus, I'm strongly considering putting it in printed form when done, we'll see…)

(offline) posts: 1,730 joined: 9-9-2008
Covers have a completely different language of their own, which I love. You don't have to portray a single moment in time and you get to say something about the story in a metaphorical or surreal way - whatever you can come up with to catch the readers attention.

Covers that leapt out at me as a kid would have the heroes as tiny figures in the villains giant hand, or the disembodied heads of other characters floating around with no explanation. I never questioned why those things didn't appear in the comic, it was just cover language. My comic's cover depicts Miss Scarlet as a giant plastic game piece and nobody has complained about that yet! A comic without a cover would be like a Christmas present with no wrapping.

(online) posts: 779 joined: 1-13-2007
Kind of an aside but TV show openings run the gamut. At one end we have anime like Death Note which have a 90 second opening sequence for a 20 minute show. At the other end we have shows like Lost that just briefly flash up the word “Lost” and get on with it (the philosophy presumably being that nothing more directly intrigues a viewer with the show than the show itself).

The focus has changed too - in the old days, opening credits were mostly about introducing you to the characters (eg. Magnum PI, Buffy or Babylon 5). Nowadays, as often as not they're about establishing a feel or mood (think Daredevil or Westworld's opening).

There's a reason you see so many anime OPs on YouTube and it's that they put a lot of work into them - many of them are effectively thematic short films in their own right.
Tales of the unpredictable Chaos
last edited on Jan. 24, 2018 6:30PM
link
usedbooks at 6:43PM, Jan. 24, 2018

(online) posts: 3,335 joined: 2-24-2007
I LOVE cover art. Of others.' I wish I could pull it off but even my concepts are flat, so I don't do covers online. I have done art only for my printed books and only because printed books need covers. 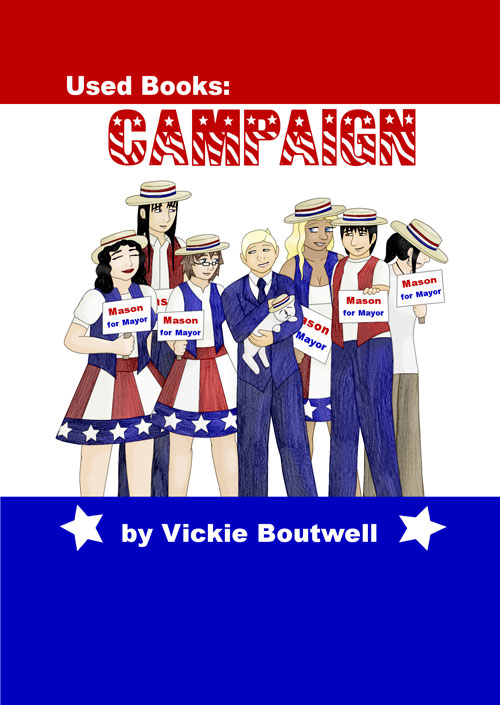 They end up pretty stupidly simplistic. I often try to come up with something bold and creative but I can't actualize it. And by that point, I am impatient to print a book that has been 3+ years in the making. -_-

(offline) posts: 5,561 joined: 1-21-2008
I love doing covers too. I also like doing movie posters. Creating an image or sequence of images that define or tease about what is to come. It can also be a way to use stuff you otherwise wouldn't use.

(offline) posts: 351 joined: 10-28-2010
For me Making a cover and putting it up was like making a promise what I would start working on my crappy comic again. I don't brake my promises. Even if it means that everyone has to put up with my low drawing skills! 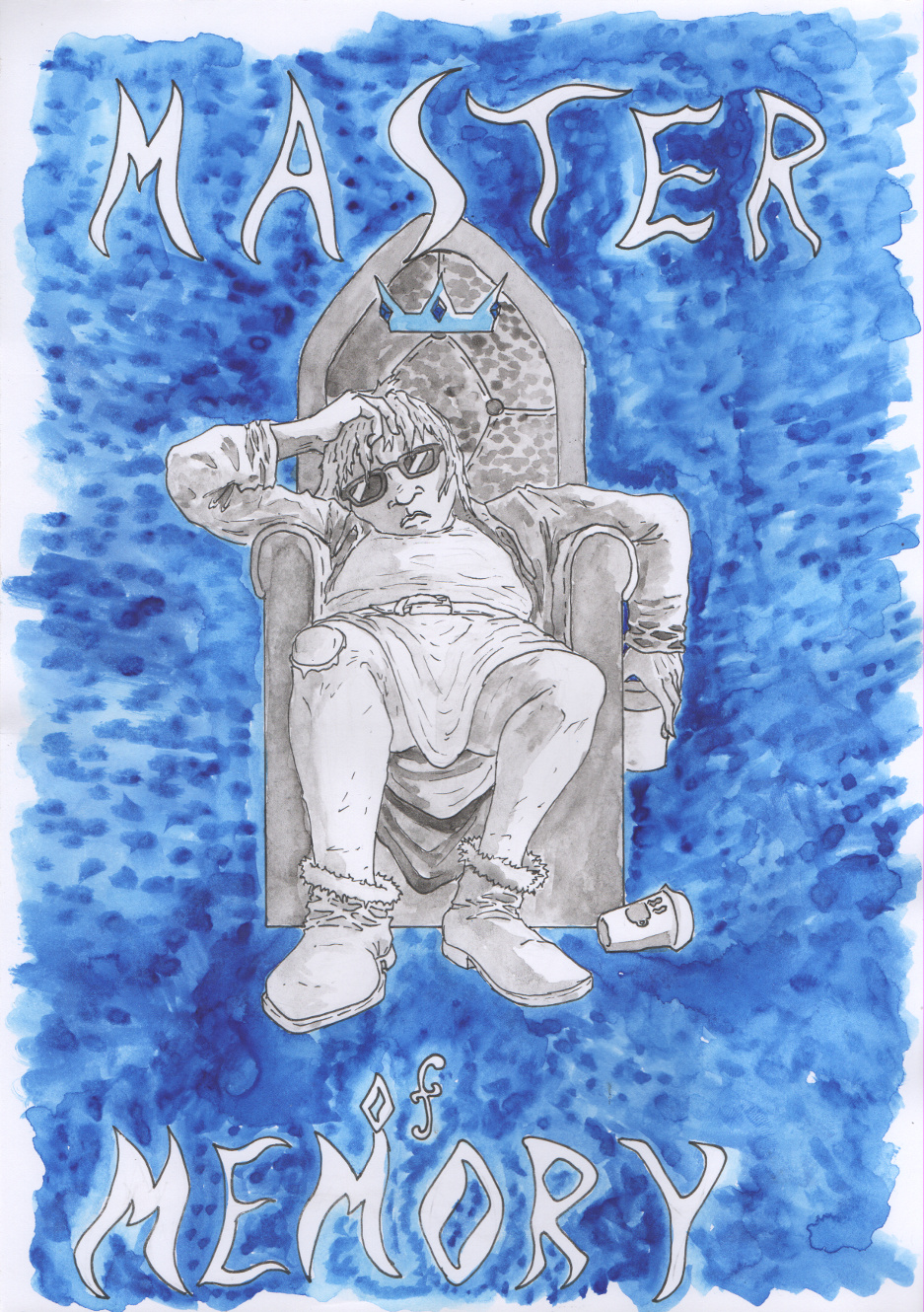 (offline) posts: 37 joined: 8-17-2017
Such a serendipitous topic! I absolutely love creating covers. Our approach for this is to explore what the galaxy looks like. It is great as I have learnt how to speed paint landscapes which before I struggled to do. When we get ourselves together, we're hoping to offer the covers as prints as well. :) 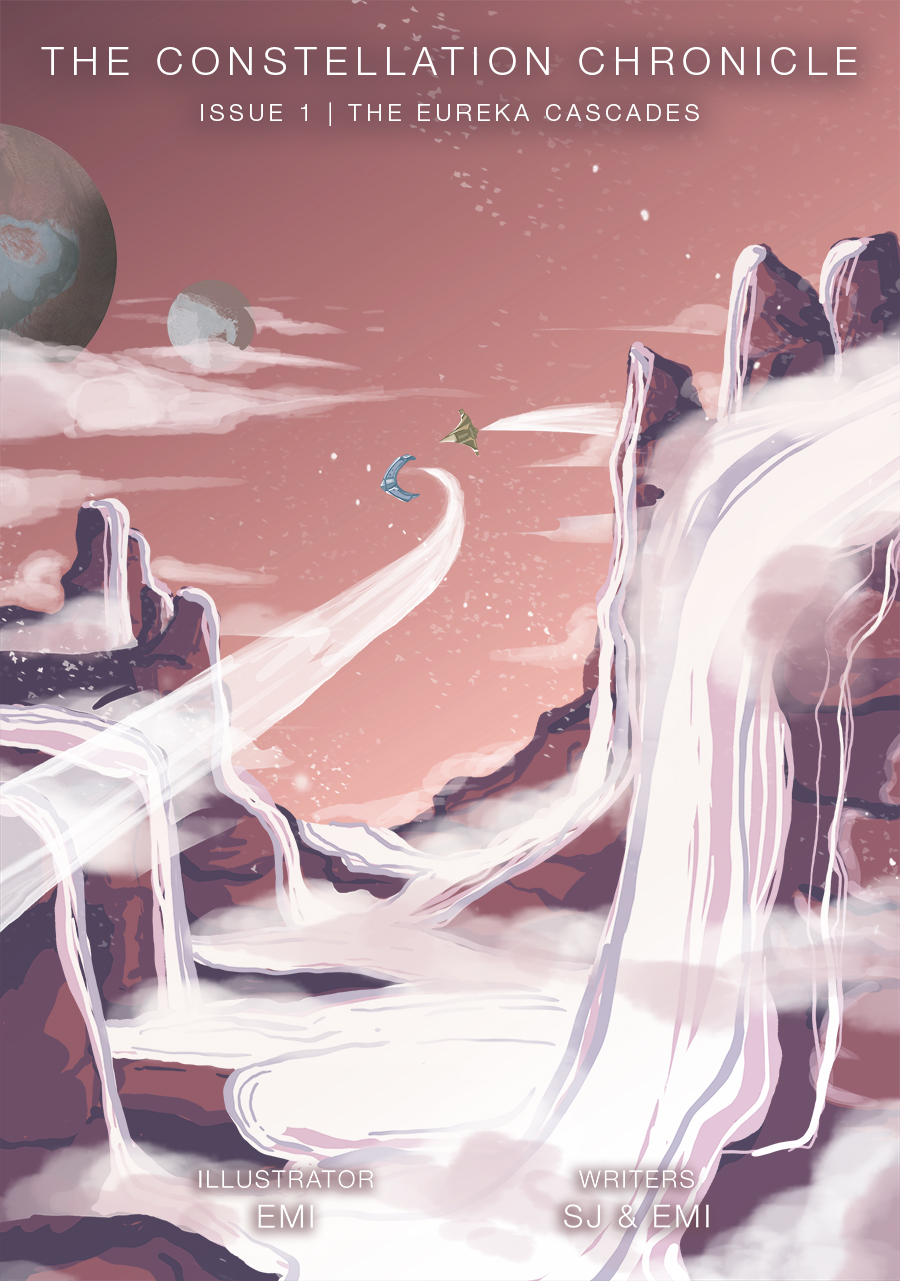 (offline) posts: 364 joined: 1-6-2004
Oh mannn I am bad at covers, cover art and pinup/splash art seem to require a certain special visualization skill that I can't seem to grasp. My mind is set to sequential, and it's hard to turn that off! It seems to go the other way sometimes too, I've seen some artists who are marvelous at poster/cover art but can't get a grasp on sequential art and it comes off as stiff and posed.

I strongly feel that covers (artistically) should be a more honest sum of the content, it's very strange to put buckets of effort into the cover but then produce half-hearted art in the actual pages. Webcomic authors can generally set their own schedule, I mean, you CAN take your time to make sure it looks like the cover page did. It just bothers me!

I recall once a while ago there was a comic here that was catching flack for using guest art to promote their comic. While I wouldn't get on someone's case for it, I can understand the frustration people felt in having the work misrepresented to them through “false advertisement”, but then again it's what DC and Marvel have been doing for years with different artists handling covers from the teams working on inside them. Is it an unfair double standard? Most webcomics have a solo artist that has to handle it all, so it's not something you see too often.

I decided to forgo covers in my first run, because hell I dropped a LOT of stuff that was originally in there, but with the ReVamped version I'm trying to separate out chapters with covers. This is the best one I've been able to come up with thus far… Some of my favorite chapter covers have come from (on indefinite hiatus ahhggg) Cwen's Quest, my husband's comic. He'd have several ideas for each chapter cover and let the artist decide which one sounded most fun to draw! 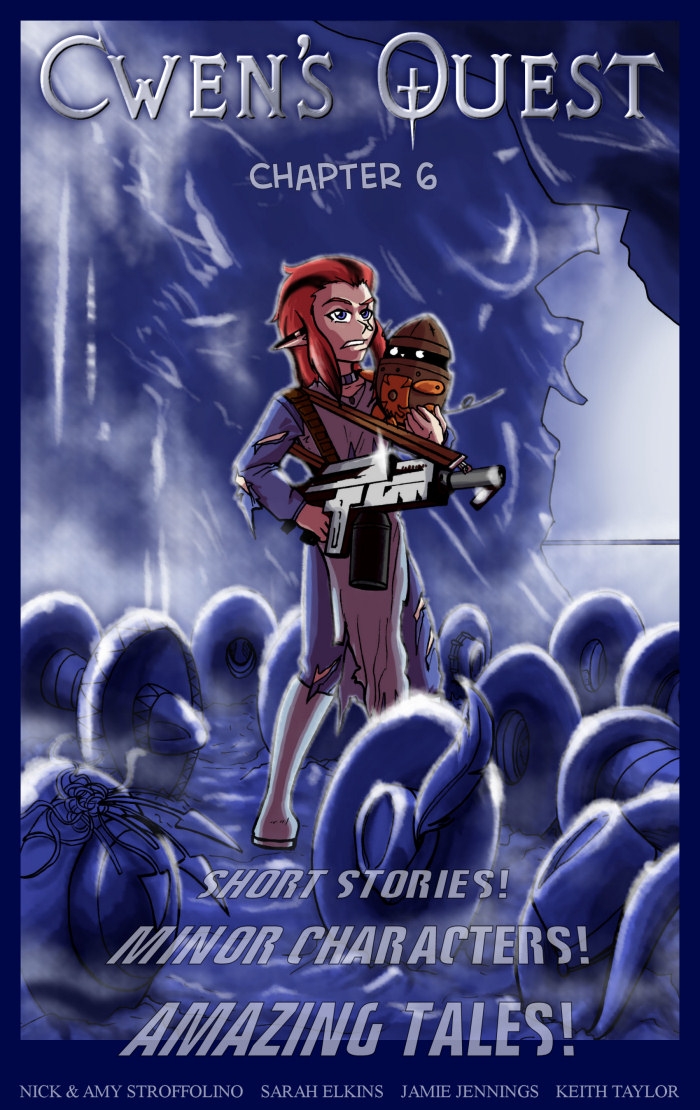 (those are hats! By guest artist and good friend neilak20) 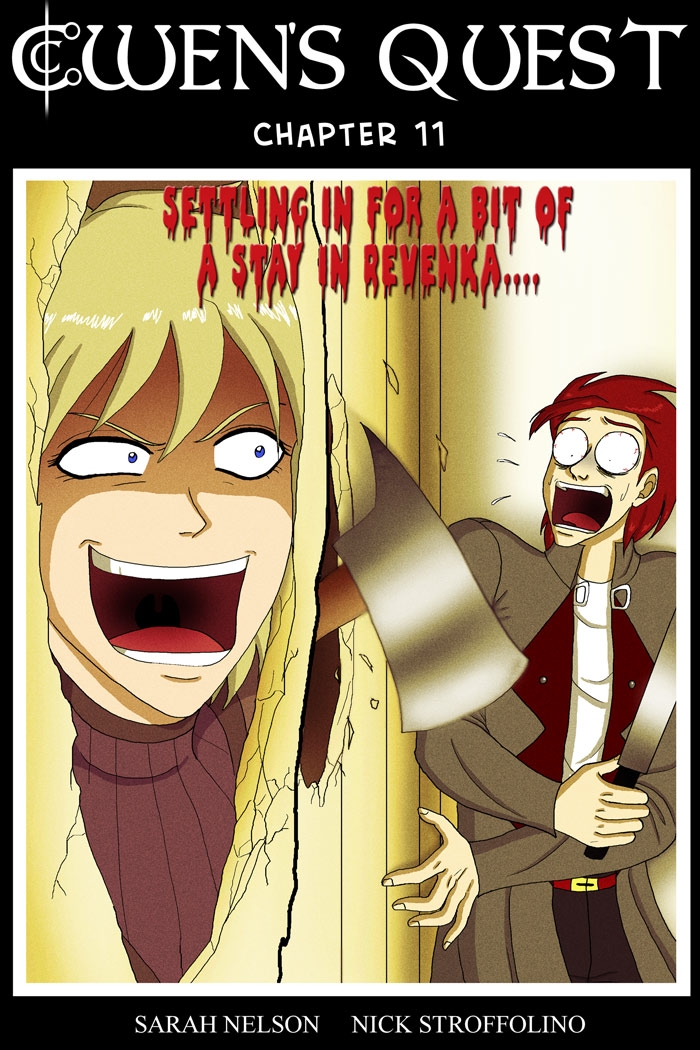 The artist who worked on these does FANTASTIC covers for her own webcomic Daniel, which I shan't repost here because I'd encourage anyone to take a look if you're into really good noir horror. These CQ covers are several years old now and you should really go see how great her covers look now!

Amelius wrote:
Oh mannn I am bad at covers, cover art and pinup/splash art seem to require a certain special visualization skill that I can't seem to grasp. My mind is set to sequential, and it's hard to turn that off! It seems to go the other way sometimes too, I've seen some artists who are marvelous at poster/cover art but can't get a grasp on sequential art and it comes off as stiff and posed.

Hahaha, that's me all over: stiff and posed internal art XD

Your covers and Sarah's are great.

(online) posts: 356 joined: 3-18-2016
I'm thinking about updating my front cover. As I grew as a writer, I want to go ahead and update my pages and covers so that way it can be consistent.

(offline) posts: 16 joined: 4-8-2018
Having started out as a fan of original floppy comic books, I love covers!! Here is a cover that we decided not to use. 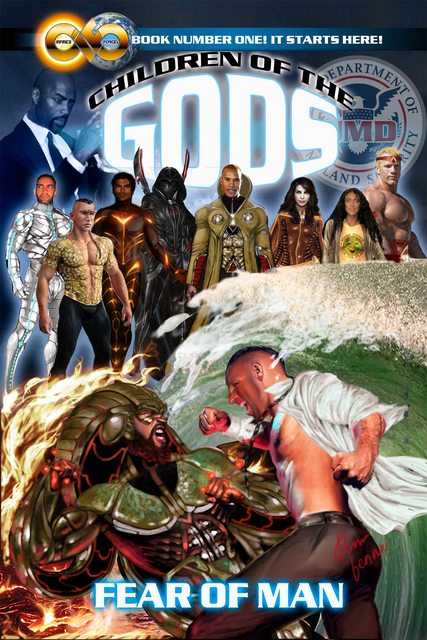 Instead we went with this one. 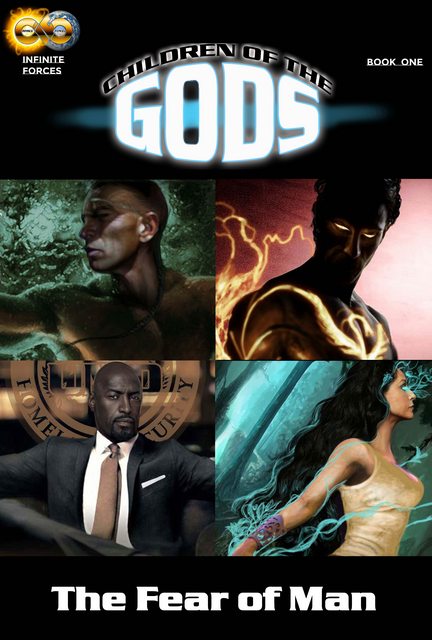 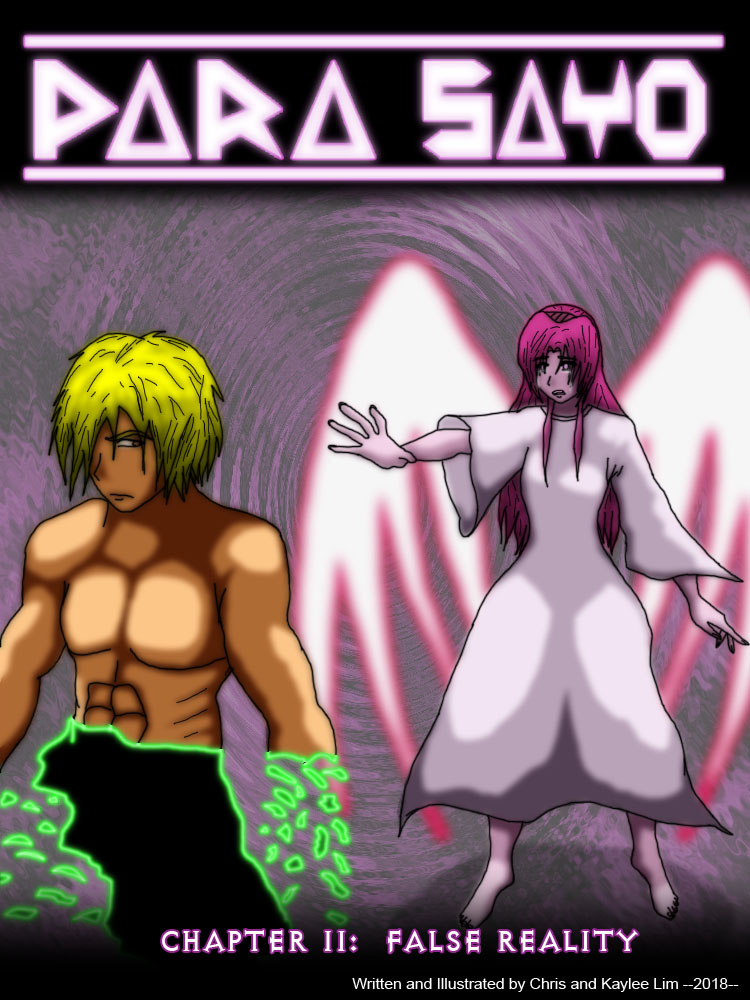 Im sure some of you remember the old Brood Knight… :)
NOW UPDATING!!! 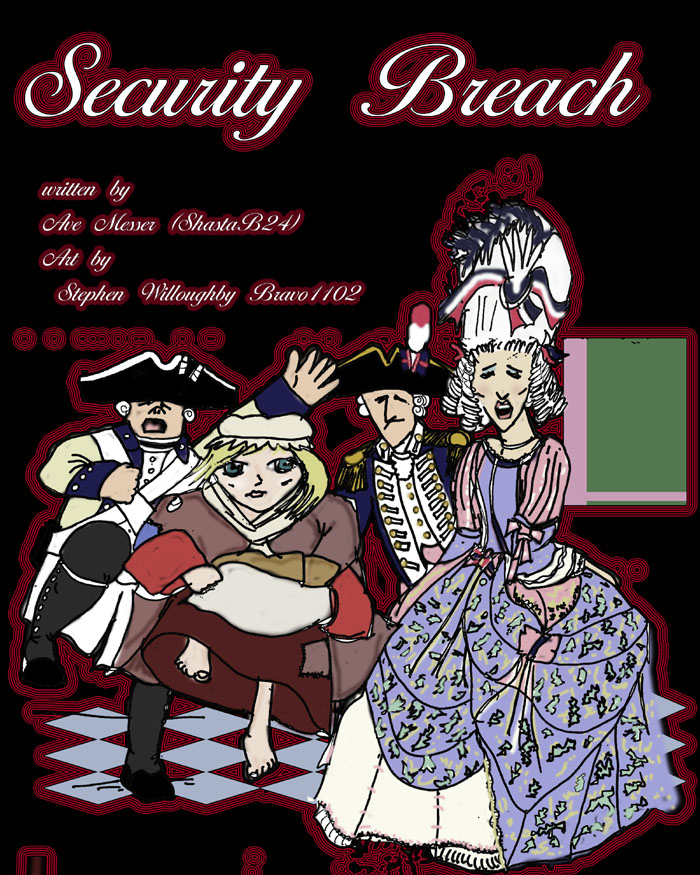 My one attempt at a traditionally drawn cover. A slightly different version of one panel made into a whole image.

(offline) posts: 12 joined: 2-5-2018
Oh man, covers are just a super crucial part of the comic for me, and for more reasons than one.
For starters, a comic covers are a joy to look at, and can tell a story in and of itself, more importantly, raise some questions for the reader that can be answered as they read your comic.
On my side of the spectrum, however, drawing the actual cover gets me excited to write the whole volume, which helps considering how many months of investment each one is.
Then there's the added benefit that my own comic's covers are the only time the reader can see the characters in color.
I honestly couldn't imagine not making a cover for any of my comics. 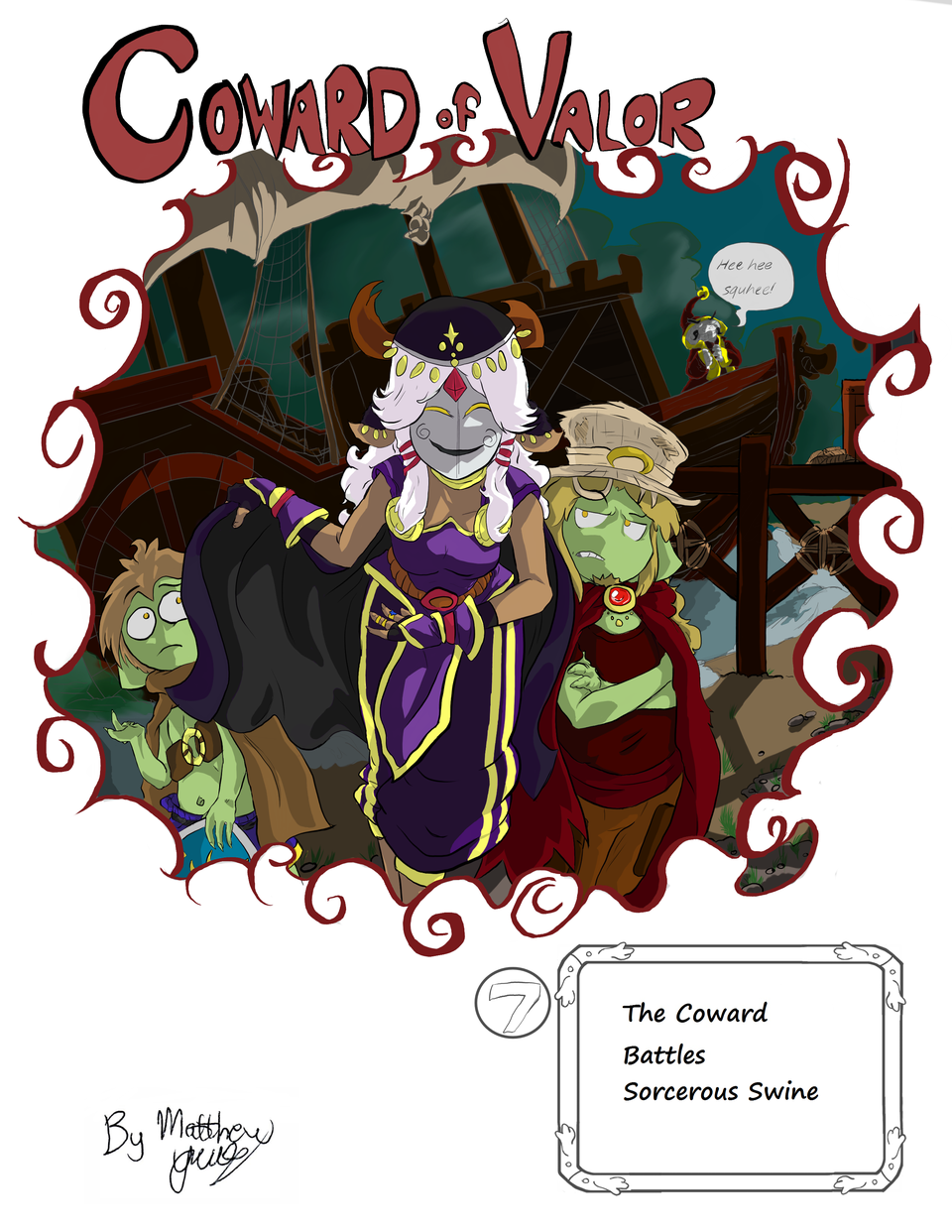 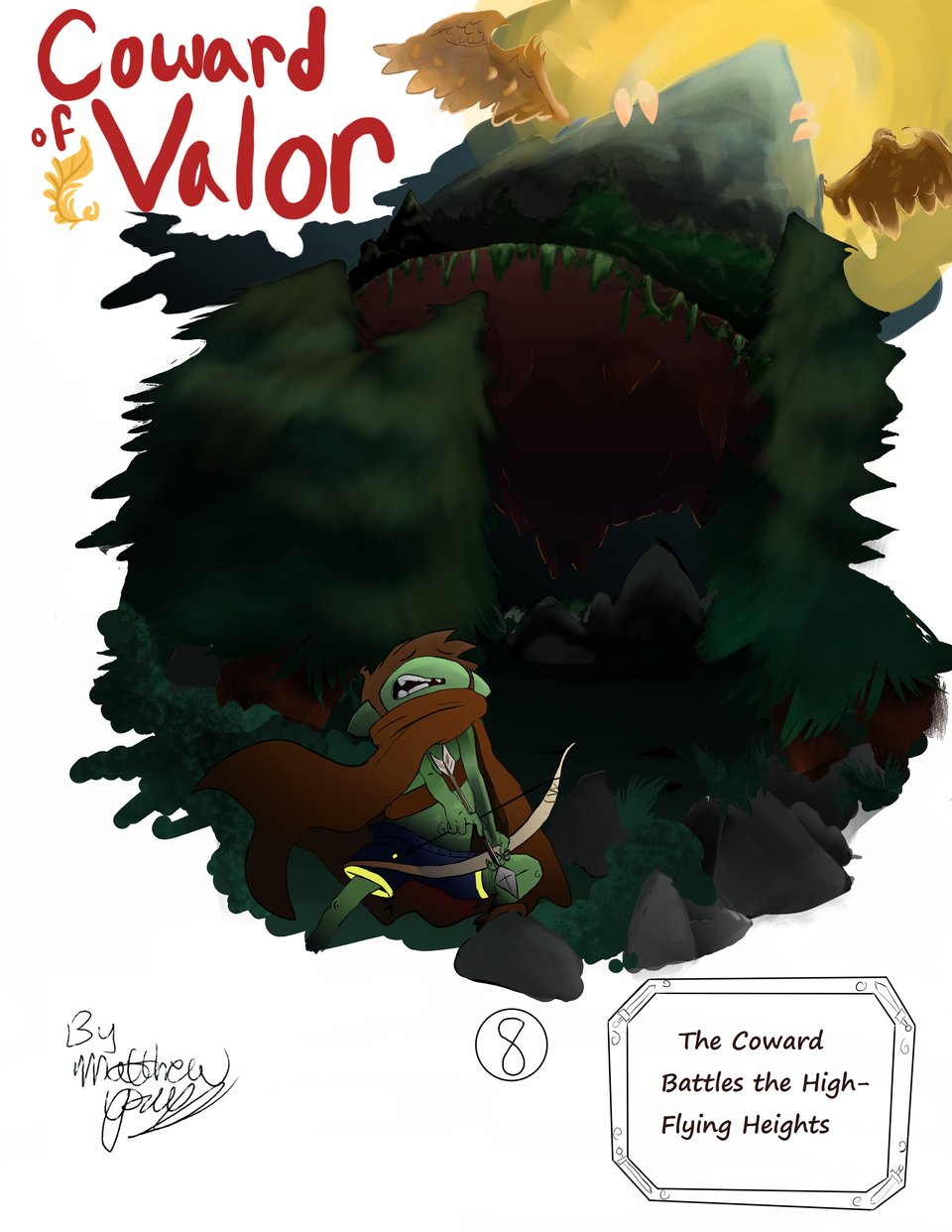 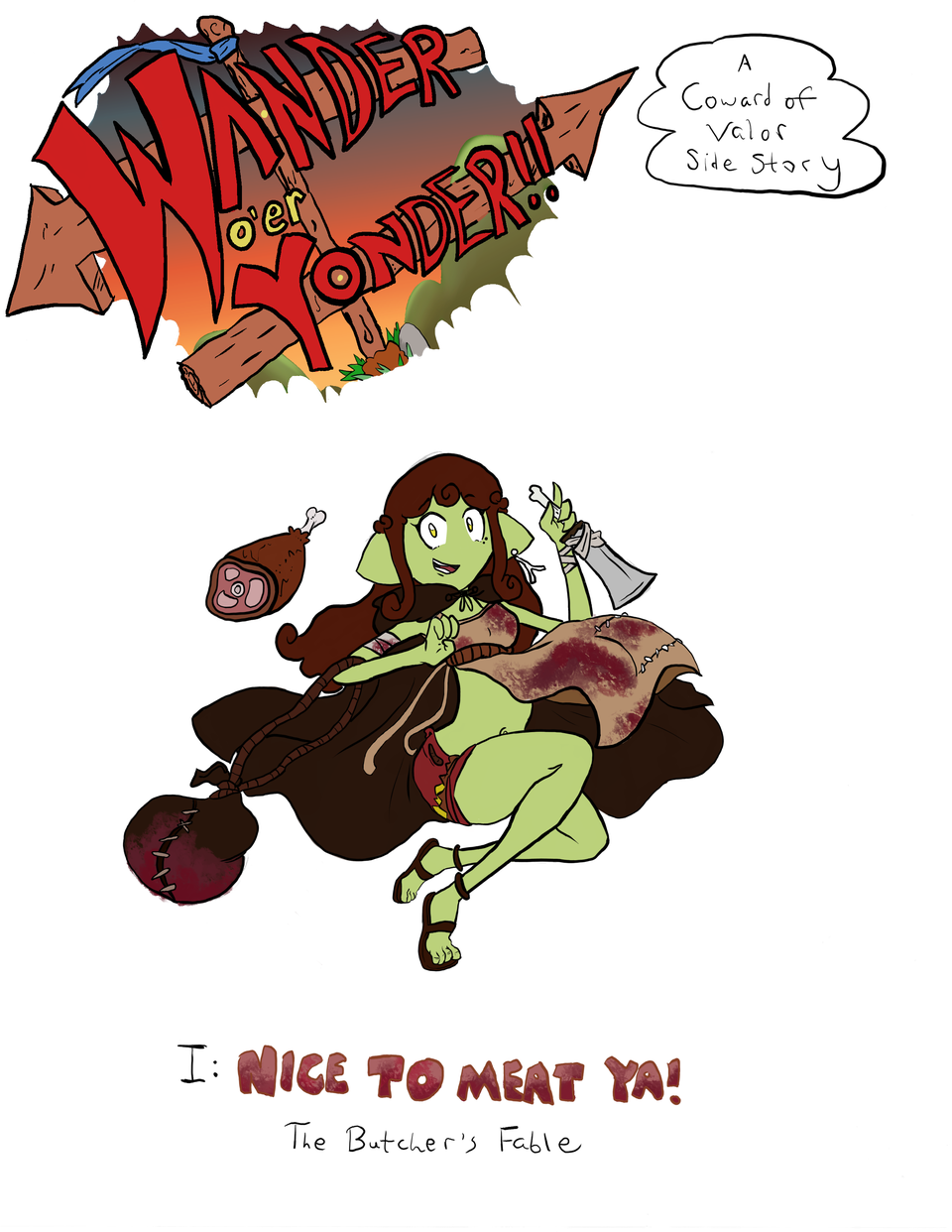