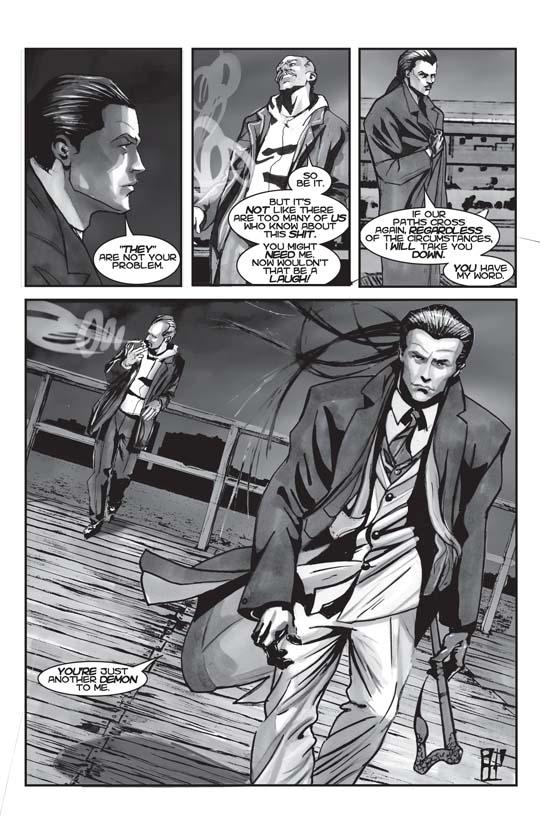 We'll keep on posting about as infrequently as we have been. I'm going to dig up some old sketches and such. Thanks to everyone who's checked in and followed Killing Demons (especially Darwin, Dajb, Wazaga for all your thoughts and comments). We'll post any news about the upcoming movie at which point we'll hopefully be discussing Killing Demons Two.

Thanks for the shout out. And you're welcome. This is one title I get really excited to see an update for! Great page...and I don't think that's an idle threat from Joshua. Lovely last line too! Beatiful page as usual!!

daw, you're welcome (blush) so this is the end of Book One or something?