The Fears We Explore 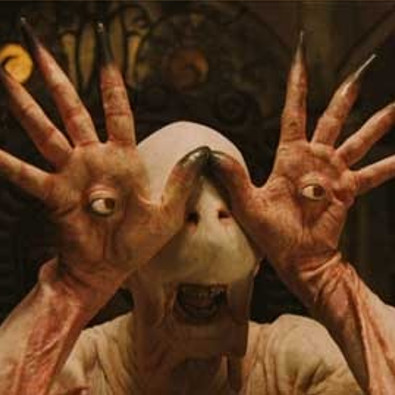 Everyone has their own set of concerns, worries, fears about themselves and their environment, past, present and future. Creators are no different.

So it is only natural that at least some elements of those fears and concerns and worries we have are explored one way or another in the works we create, in this case, webcomics.

There are already several discussions about the hyped up genres of stories that ebb and flow along with what historically is taking place in society at any given moment- from the absolutely blatantly clear propaganda comics to the more subtle, symbolic stories (both in comics and in film) that also go parallel to whatever humanity is afraid of or worries over as a whole.

Thus we got monster movies and comics in post-atomic bomb era, aliens and body snatchers in communist-fear era and zombies in terrorist/refugee/immigrant wave-fearing era that we’re going through right now.

But I also think that the same happens not only in the subject matter, but in the way that subject matter is handled, and this reflects the creator’s personal fears and worries and concerns, rather than society’s as a whole.

For example, my country Greece has been going through 7 years of economic carpet-bombing in what very likely will be later noted in history as the first economic world war, or The Great Recession, as it is already being tagged in peer-reviewed journals that explore its ramifications. So during that time when it first struck, I was not just inspired, but compelled to create a story about my country under occupation- and Without Moonlight was born.

But the way I have chosen to explore and handle the story in Without Moonlight (a very basic McGuffin yarn with several cloak and dagger elements) is not very typical. My goal is not to just narrate a “good guys vs. bad guys” story, or even a story of how the underdog wins in a fight with the big bad; what I am looking for in WM is the fragmented uncertainty of day-to-day living; the several different levels of trust and betrayal within the midst of what in a heroic film would constitute “the good guy side” and the sheer roots and motivations of extremism in “the bad guy side”.

I am seeking to explore and show the ugliness of that past era, but also the ugliness of this current era that I am living through. Current, modern day Greece resonates in the scorching memories of the older one.

In that process, what is soothing to me as a creator living in a different era under what feels in the vast majority of Greeks as another occupation, is that the occupation in my story was overturned in the end; and so I can explore my fears and concerns there with more ease, even though it's still hurtful.

And I know that if the crisis and the cumulative memorandums, with all the devastation they have brought and the drastic, unfair impacts inflicted on the population here had not ever happened, I might never have handled such painful material in such a painful, unforgiving manner.

But I am exploring my own fears and concerns, and so this is the way I just have to take.

What about you?
Do you see any of the issues that trouble you explored in your comics, from existential to practical?

@Tantz_Aerine: Don't hold your breath, it may be awhile. There is no script just a bunch of vignettes. In the mean time it's going to be other projects. And more reading first hand accounts.

@bravo1102: Ohhh that will be very intersting indeed! I'd read that. And possibly harrow you with comments too.

I haven't purposefully tried to address any fears in the Godstrain, but we all know how these things can work subconsciously, so... like many before me, I've felt the existential angst wondering if my mind is my own (on any level) or if it's all just a mechanical process running along like the rest of the universe, wound up by the Big Bang (and slowly winding down ;))... Is my consciousness really making choices, or is it just sorta 'watching a movie', and all the things that I've done in my life (and will do) were (and will be) predetermined by preexisting forces, conditions, and particle positions. Yes, from my point of reference in the univese, it may never be knowable, so it shouldn't matter... but minds much greater than mind have brooded over it... I've had hints of this in my story...

The current chapter of Pinky TA was a sort of a commentary of the management of DD by Wowio towards the end. Pinky stands in for me in my role managing the project, trying to keep things going while being undercut by her command.

And then there are my ongoing plans for a World War II comic where I turn everything you've done in your comics so far on its head. Or at least on its side. ;-D

I can see how fears influence the themes in your work and how they seep in there whether you want them to or not.

@Tantz_Aerine: sell short? I'm lucky to sell at all. Whatever ends up in my work is what ends up there. I never think about it before or during. After, I occasionally step out of myself, put on the English teacher hat and analyze the work. I know from my years in therapy that I am one big bundle of fear and anxiety. However I prefer to create characters who are capable of taking on challenges. One of my recurring themes is personal identity and self control. I often have characters lose themselves or see their companions switch from friend to enemy. Often against their will.

I prefer my own stories to be completely separate from reality. It's an escape for me. I'm a big wuss. I don't often like entertainment that makes me uncomfortable. I can usually handle topical stuff in webcomic form because of the rate of updates and focus on art.

Bruno Harm: yes I totally understand what you mean. And I agree, the genre of one's comic is also a mediator of how this fear/issue/message is explored. // bravo1102: there you go selling your self short again.

All the things we feared and explored in eighties Dystopian futures seems to be coming to pass. Money and power is pooling in the top 1% of the world. Companies are becoming bigger and more influential than governments. I'm not one for politics, but the Euro is strangling smaller European countries. I think Brexit wasn't as crazy an idea as it seemed. Back on topic though, I try to explore the things that bother me, but I don't want to beat anyone over the head with it. My second story was about how selfish people can be, and my own disgust for Adultery and what it can do to a person's life and the lives of people they love. But I write a comedy, so I don't want to get all heavy and pedantic with it. So maybe people pick up on this or maybe they don't. (as a side note, Adultery only applies to people that enter into a contract of marriage, I know there are other ways to live out there)

I guess that's why so few find them worth reading and I so often question if they are worth writing.

I would never presume to be doing anything that meaningful. I just tell stories.