A Fate Worse Than Death 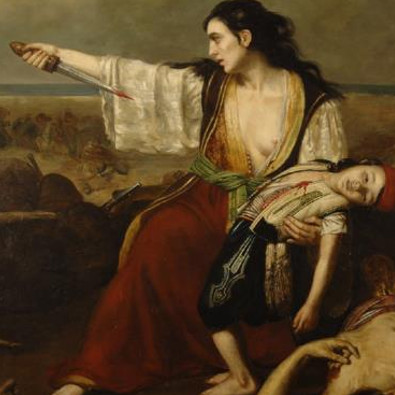 In all types of creative writing and artwork, and definitely in webcomics we always talk about the ultimate stakes in the game- death. Death is absolute and irreversible (except when it’s not).

But there’s far more to what might happen than simply death.

Sometimes death is a release.

A release from a fate that is worse than death.

What does it take to set up such a thing? Unlike death that has pretty much the same consequences for everyone (i.e. we die), what makes a fate worse than death varies from person to person and character to character.

So what would be a good rule of thumb for it? In my opinion, a fate worse than death would be one that the character would willingly kill him/herself to avoid. There are several examples of that in history. For women, it usually involved rape. For men, unusually cruel and prolonged torture.

But is it only that?

For some, a fate worse than death is to watch your family suffer without you being able to help/provide for them. For others, it is being unable to engage in some sort of activity.

Still others might feel it is losing control of your own body, going crazy, losing yourself, and a wide range of other kinds of loss.

I think that to build to such a situation takes more storytelling time and skill in many occasions (without implying that it’s easy to set up a death so that it matters to the audience), because it requires to make the stakes for it as engaging and terrifying to the audience as to the character him/herself while we're also making the character important to the audience in general.

We need them to not only root for the character and care for him, but also realize why the stakes at hand are so high or so terrible for that character that death would seem an easier thing to deal with.

Personally I find it fascinating as a concept.

In Without Moonlight I’m only just beginning to step into that territory, and still I am not quite sure if in the end, I will have set up my game just right.

What about you? Have you ever entertained such a plot? What would be a fate worse than death for your comics’ characters?

I think this is a fascinating topic. I often think about this too. In CAPTive, a comic I was working on on DD in 2009, my main character committed suicide in the first story arc. It was a release for him from a life that I explored in the subsequent story arcs. Death - what it is an escape from, or what people are willing to do to escape it - is a prominent theme in a lot of my stories. I'm starting a new comic, Order of Sirens, this year that explores how people pervert and bastardize religions and philosophical ideas for the sake of trying to escape death, but how the earliest religions and philosophies embraced death as a natural part of life.

Of course, "fate worse than death" takes on new horrifying dimensions in the worlds of fantasy/sci-fi/speculative fiction. There are a few episodes of anthology series I am not inclined to watch again...

Can you say Robofemoids? Blood Beasts? This is my speciality. Losing oneself and all identity to the point of even losing one's face?

Fascinating stuff! I feel like I've toyed with it in the Godstrain, but also shifted substantially by possibly making death less than permanent (which is its own topic)!

Interesting concept. I think it depends on the person but fate worse than death for some people it is life as we know it. My current project touches some aspects in that direction and it's interesting how much a mind can handle before it eventually breaks into desperation.

And I do have at least two characters who have faced suicidal moments. One lost his sister, the other was trapped in a world he felt he couldn't escape.

I make it a point to include lasting consequences to encounters in Used Books. If something would leave a scar or take time to heal, it does. It's not worse than death, per se, but it sets up precedent for real stakes in a world where death is not common. It adds some writing/art challenge too. For example, one character has broken his dominant hand multiple times and has great difficulty doing simple tasks. (It is not obvious to readers but is a writing challenge.)

Not that I sit around thinking of ways to torment people.

A fate wose than death, by the criteria that a person would die to avoid, puts me in mind of the real reasons people commit suicide (either the existence or possibility of the "fate"). Not extreme pain but chronic pain, disfigurement, permanent disability (physical or mental), shame (depending on family/culture) -- which can include rape or unplanned pregnancy, disinheritance/disowning, loss of property/home (especially for someone who has always been wealthy), enslavement of all kinds, chemical dependence, loss of a loved one (or their suffering, as you mentioned) -- can include divorce or being rejected, loss of identity/self (going "bad" -- like a Batman villain), isolation, a long/endless existence in fear/unhappiness.