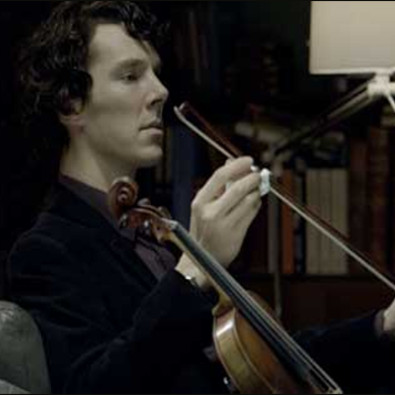 Everyone loves a good thriller, a titillating mystery, a tale full of twists and turns (that make sense), something that challenges you to find the answer before you’re given it at the final act.
I’m not sure how many like sitting down to construct them.

Don’t get me wrong, I love doing it (though I realize in retrospect that I haven’t written nearly as many suspense stories as I should have by now), but it is a challenge in and of itself to construct it as a writer, and even more as a comic creator.

And the biggest challenge (at least to someone that likes ordered progressions like me) is that you need to start with the ending before you can go back and write the beginning.

To me, constructing a mystery is like a literary game of jenga: you start with the solution to the plot’s mystery, in its full, glorious detail, with all the clever tricks and setups and games the characters have played or done.

Then carefully, you start removing tiles of information here and there, but in such a way that the jenga doesn’t collapse on you.

In short, you present the story with a lot of the actual happenings or important, strategic clues/facts/info/background hidden so that the audience can easily be fooled or misled; but in the same time you have to leave enough clues to the correct answer in your story that perceptive (or genre savvy) members of your audience actually WILL be able to guess right, and tell what is going to happen in the end.

I remember as a young author I hated that notion (how DARE a reader be cleverer than me! Cripes!), that a reader might guess what is going on before I actually revealed it, and was often tempted to just make it impossible for anyone to know the answer- but that always led to a story that felt unrealistic, fantastical or just plainly wrong or ‘cheating’ in a far worse manner than a deus ex machina resolution.

It's part of your relationship of trust, between you and your audience: they trust that you are presenting them with a mystery they (or someone clever enough) can solve, since it’s characters with human intellect that solve it in the story. If you betray that trust and present them with a resolution that is nonsensical or not based on the given clues presented in acts 1 and 2 of your story, then they disengage from and reject the story itself, and may even come to resent it.

It’s even tougher when the medium is webcomics, because the clues can be presented in two ways: the narrative/dialogue AND the layouts, settings, backgrounds or angles in which every panel is drawn, the characters’ body language, even things as subtle as the time of the day or the weather while a scene is taking place.

How about you? Have you ever tried your hand at creating a mystery plot or a suspense/thriller plot? How did you go about it? Did you know the solution or did you just begin, flying by the seat of your pants?

P.S. I have never played jenga. I’m too impatient for it.

I'm glad you're enjoying my musings guys! I love your comments and thoughtful points!

Oh, and I second Banes--I'm thoroughly enjoying these articles and the conversations they're generating!

This doesn't only pertain to mystery stories either. Many stories have little character or situation mysteries going on, and the pieces fall into place as the story progresses. I also like leaving some bits open to reader interpretation. Just because you have backstories outlined doesn't mean you need to reveal everything to readers. Feed them what is necessary for the story, and leave them to fill in blanks; it's engaging for readers, and it's a great payoff for a storyteller to see readers figure things out. As for keeping things from readers so that readers can't see the solution, Doyle had a great story-based mechanism for that by having Watson narrate almost all of Holmes's adventures; it presents things from an intelligent perspective but not from Holmes's genius view, so the omission of critical details doesn't come across as a cheat.

These posts from Hippie and Tantz are fantastic. Damn, I gotta up my game!

I tried writing a bit of a mystery as the B story in one of my comics. It was fun, and Call Me Tom solved it instantly. Since it's a comedy series the stakes were lower for me; enjoying the reactions of the characters and the comedy was more important than the mystery itself.

The best way to construct suspense is to

Detective Conan has a few formulas/frameworks for mysteries. There's the typical, detective happens to meet all the future suspects before the crime, then the crime, then the detective(s) solve it. Also the scenerio where the detectives are called to a crime scene where the crime already occurred (with or without the audience being privy to it). And there's another common formula where the detective immediately knows who the culprit is (one suspect) but has to figure out how they pulled it off and prove it. It's fun to figure out the formula for a mystery series, but it can also lead to predictability. One starts to deduce the writers' intentions/methods instead of the case.

Agatha Christie said something similar about starting the story without knowing the culprit. I read somewhere that she created Hercule Perot to be the murderer. What about those stories where the murderer is revealed at the beginning and the whole thing is the detective figuring it all out? Look at Columbo. I grew up on those NBC mystery movies.

Mystery writer Lawrence Block in one of his Writer's Digest columns wrote that he often wrote his books not knowing who the killer would be, he would figure it out while writing and fix the earlier chapters on the second draft to make them fit with his later conclusion.

I would like to write a mystery one day. I'm working in that general direction. I like the Jenga analogy. So far, my stories are more P.I. adventure than actual mystery. I'm still learning to leave clues for the audience and all that. Mystery is just one more moving part in an already complicated machine. Tell a story, then go back and tell it from another point of view with lots of holes that get filled in at the end. Not easy.

Fantastic analogy! I haven't written on myself, but I know what I like in the genre. It's always a HUGE met down when you have a bad thriller that relies too heavily in old fashioned clichés. I remember, Minority Report was the perfect example of this: his nice boss was really the evil guy all along. The cliche they went for was so generic and so essential to the story that it rendered the whole thing into a bullshit souffle.

Ironscarf: These distractions will then make for a very enjoyable second read ;) // Usedbooks: there you go underestimating yourself again :) // KimLuster: I especially loathe the "the culprit was a new character you never saw and was never mentioned all along" cop out.

In writing Awfully Decent Fellows I followed this pattern of starting with the conclusion and what had happened to the victim, then worked back from there, dropping clues along the way. I thought I'd made it fairly obvious, but I'm starting to wonder if the clues were a bit too cryptic. The increasingly unlikely scenarios each contain elements of truth and there's one giant clue, but maybe the humour is distracting.

I love it when readers can guess things. I get nervous/upset if they guess something way better than what I actually wrote. -_- I don't think I'm good at creating suspense though. Mood is not my strength. I love to watch or read a good mystery and I'm more excited about a well-written ending I couldn't guess (but had all the clues in place and revealed).

Never played Jenga either - setting it up seems so tedious ;) I do enjoy creating twists and turns, suspenseful surprises, in the story. I agree that if no one has a chance to 'guess' it, then if feels like there's not a true plot holding it together and it will all come crashing down!!