Your Self-Insert is Everywhere 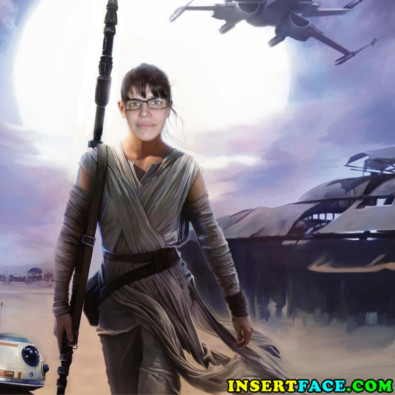 I came across a little blurb the other day about Mary Sues, and fanfiction, and how the writer of a fanfiction is basically writing a fantasy, inserting themselves as the character at the center of attention, immaculate, glittering and perfect. Basically everything you want to smack into a different galaxy, in both fictional and real lives.
(And yes, I was caught in the quicksand that is TVTropes… I confess. I’m not sorry.)

There’s no doubt that self-inserts, especially by inexperienced authors and/or teens, can be a remarkably painful experience for an audience, whether in novels or in comics (especially in comics- you’ll probably see one center-frame unicorn/rainbow/neon haired douche in a sea of brunettes until your eyes bleed).

But is it really an issue of self-inserting, rather than unskilled writing or writing with a purpose other than that of telling a story to an audience for that audience’s entertainment and/or stimulation?
Just how much can anyone really claim writing a story WITHOUT self-inserting EVERYWHERE?

We are the puppeteers, the creators, the ones who breathe life in our characters. In order for them to move, no matter how much they go against our wishes when they DO move, we have to slip our own hand into the glove. And in doing so, no matter how much and how well we mask it, we can’t help but leave something of our own, a little morsel of our self in each and every character, from the one we identify with the most, to the ones we feel the farthest away from in terms of who we are and what our personality is.

I think that’s why in comics, especially mainstream ones where several different writers write for the same characters, we can tell who is the one breathing life into them, even though they keep faithful to the character’s parameters.

So for example, thinking about my cast in Without Moonlight, I can’t help thinking that in every character, from Fotis the Resistance-initiate and foolhardy leaper to Raban the overly enthusiastic Nazi soldier and loyal friend, there’s parts of me in there that make them tick, simply because when I write them, write their dialogue, I have to BE in THEIR shoes; think how THEY think; react how THEY would react.

For the tiny little while that I need to write their parts, I have to become them. And in becoming them, I cannot but leave the traces of me in the sum of what these characters are, even though I as a person will never ever resemble most of them in personality or actions.

And, what is that if not a (potentially terrifying) self-insert?

So what do you think? Do you pour yourself into your characters in some way, or do you feel that at least some are completely disjointed entities from you as their creator?

All authors self insert. Hemingway had his Nick Adams character (and a lot of his male protagonists had a lot of Hemingway in them)--heck, Stephen King filled the Dark Tower with versions of himself (not only in the character of Roland, who looks like a cross between Clint Eastwood and Stephen King, but in King himself being a important character in the series), and Misery was an analogy of his battles with addiction. Of course there's a big difference between a character like Hemingway's Nick Adams and the protagonist in a Tina Belcher fanfic, but a self-insert is not always a sign of juvenile writing.

However the few bits of fan fiction I wrote my insert characters were anything but reflections of myself. They were people who I wished could turn the wishy washy wussies of the particular story into someone resembling a competent soldier. Search the Raz'ach meet real soldiers on fanfiction.come.

All my stories stem from my imagination. Therefore, there are bits of me in everything I write. Many people can't see outside themselves to empathize or have compassion for another who is right in front of them. How hard is it to see outside yourself at someone who exists only in your mind. The previous news post was about basing characters on other people (who honestly we only see through the lens of our own experience and personality) and now it looks at how much of ourselves is in our creations. I have to constantly hold back snide remarks that characters could make because that is not their personality. So I tend to create characters who make such smart observations because that is a part of me. I have been told all my characters speak with one voice and as I am inclined to believe everything bad I hear, I agree. My characters all do sound alike.

I think it's probably more obvious in fan fiction, where the writer's identity might stand out in contrast to a world created by someone else. But Nobody knows me. Even if I pour myself into my protagonist sans any filter, it means very little. I think we get into trouble if we leave out the parts of ourselves we don't like. the flaws. Or if we don't make a conscious effort to build characters that are different from each other, then it can feel a little one note.

I really think it's largely a problem in fan fiction... Everyone knows the official characters, and they know who the insert is... and if the insert just wipes the floor with everything, upstages all the other characters... well, it's just cringe-worthy obvious!! But if it's an original story, well... even if the main character is your fantasy it can work. Bad ass main characters are lots of fun (James Bond)... Still, when you get popular and people know a bit about you personally, they can start making comparisons, and if your main character is too good, or too much the center of attention (think Conan, Anita Blake, or Bella from Twilight...), well then you're pushing it!!

The only way an author can have a character that's a disjointed entity from themselves is to get someone else to write it. For some characters we freely donate our own characteristics and for others, we try to get inside someone else's head. Those characters probably reveal a lot more about the author than the self inserts ever could.

Interesting little musing. Some characters took me a lot more time to finally flesh out simply because of the difficulty of "getting into their head." In some cases, it's a very uncomfortable place to be, and I'm sure it's because it has to come, at least a little, from some dark place in my own.

Of course we all self insert. Meaning to or not. Even when we make the worst vile evilest villian - it's who we think would be that character. Also comic artists sneak themselves into their work all the time. Look at Philippe Caza's hippie guy, etc...