Controversy Has its Uses 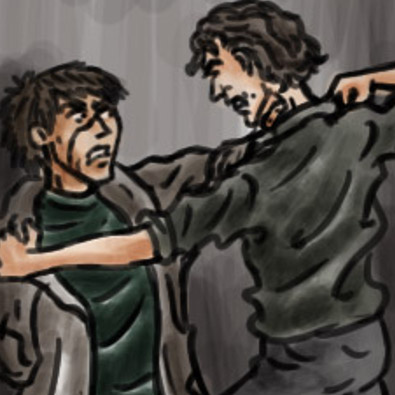 art by yours truly

So I was thinking… in this day and age if you get on any type of social media, you are going to be punched repeatedly with CONTROVERSY! HERESY! HEATHENS! LIBERTARDS! CONSERVOTARDS-OR-HOW-EVER-THEY-ARE-CALLED-TARDS! …and so on. On blogs and tweets and even more so on youtube, making a controversial statement (however you may construe that) is all the rage. People accuse each other for doing it for ‘drama’ or for ‘clicks & ad revenue’ or for ‘notoriety’ or all of the above, or for being too sensitive or too trigger happy with issues, thus ending up with crescendos of controversial statements and endless arguments.

My focus for this newspost isn’t what constitutes a controversial topic, but controversy itself, wherever or however one may create it or aggravate/enhance it- and what it has done to comics.

Nowdays, it feels to me it’s often commercially done to gain publicity. From gender and race swapping in mainstream comics to warranted or idiotic bans and censorship, it all can be a great gimmick to get attention and people talking, thus a higher probability of selling comics in this day and age.

But controversy can also be used to heighten awareness on an issue, offer a less-popular or less-discussed viewpoint on an issue. It can create shock value for the comic’s subject matter, pathos or general mood.

And sometimes it emerges when the creator (at least) least expects it, and then that possibly presents different challenges to both the creator and his/her audience.

How do you feel about it, as a comic creator? Have you used controversy and if so, in what way? Has it ever cropped up anyway, whether you wanted it or not? Have you tried to avoid controversy, or feel indifferent of whether it emerges in your comic?

The internet community can turn anything into controversy. Literally anything. Go find a kitten video on Youtube and be treated to comments full of racial slurs and weird agendas. The only ingredient for controversy is popularity. (So, I've not met with any because my work doesn't contain that ingredient.)

The strange thing about the internet, is that all the good and all the bad about everything are there. all the time. Every opinion that could possibly be will be. People put whatever thought they have on twitter, and when you comment on it, they will respond with disdain as if you were intruding on a private conversation. so controversy will be both good and bad to various degrees. Right now my mantra is "stay positive". I'm trying to abstain from all the negative things I want to add to the pot, but I can't say I'm always successful.

interesting food for thought! (I myself have contributed to a comic that's banned in Canada, lol)

As Hamlet said about his own particular controversy; the lady doth protest too much. Tempests in a teapot over how many angels can dance on the head of a pin. That metaphor emerged during the scholasticism debates of the Middle Ages where there was lots of angst and ink spilled over really petty theological matters. Most controversy is like that today Too much protest over next to nothing.