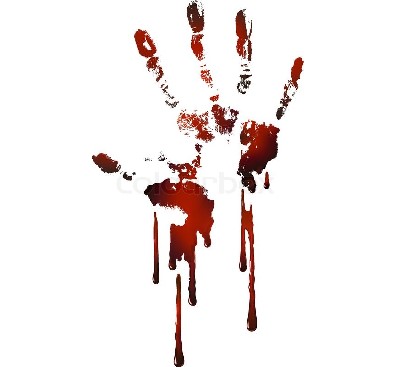 We’ve heard it and experienced it many times: For a creator to make an impact, to truly etch his/her message in the brains of his/her audience when it comes to art, from novels to films to comics, imagery with a high shock value is employed or simulations of actual acts of horror are conscripted to film, canvas, or words.

So we have powerful scenes that did not shy away from showing what happens in the darkness of crime, of exploitation, of sadism, of mental illness, of genocide and of perversion, in a goal to get across a theme or a message that shouldn’t be glossed over by sanitizing what is truly taking place and thus depriving the audience from experiencing the impact of what is being discussed.

Some of these attempts are lauded and praised by audiences (like most of the examples above), and some are decried as gratuitous, self-indulging fetish scenes that tell us more about the creator’s mental health than any other truth about our world or existence.

How then, do we find the line between a powerful punch to the audience’s gut that will lead to thoughtful discussions and realizations and a bucket of disgusting ooze of unsettling images that will lead people to groan, roll eyes, laugh in reaction, become irritated or disconnected from the work or all of the above?

It’s a question I really grappled with when designing my WWII comic Without Moonlight. Given its setting (occupation by Nazis and Nazi methods of suppression) which was ridiculously grotesque and surreally disturbing at times (as research showed), I needed to decide what to show and what to sanitize. And on top of what I decided to show I had to decide how much would be “on camera” in the comic and how much would be implied.

I came to what I believe is a (sometimes precarious) balance of having most things primed and then happening off-camera, and those that do happen on camera being more symbolic of the historical truth rather than a completely faithful depiction- and I rely a lot on the discomfort of the knowledge that what is being presented in my comic actually took place, and the real extent of the happenings can be googled with whatever reaction that might procure. (Please don’t google any of that)

So how can you get a method to approach such a judgment call? Here is what I came up with to make mine- as always, it’s a series of questions:

STAGE 1- making SURE you need the shocking/gritty/extreme material:

1. What do you aim to make your audience feel? Why?

2. Is there any other way than gore/explicit scenes/extreme cruelty/ etc. to achieve that? If yes, why aren’t you using that?

Stage 2 involves deciding how much of the shocking/gritty/extreme material you need, but that is for next time!

That was the question I worked on a scene for weeks when I was writing the issue #3 in my comics. There is a violent scene, an unpleasant one, so I tried to find another route, without success. But adding a meaning to what is happening in the scene, before it happens, made all the difference. Sometimes, if you're writing something with a violent background, it's hard to avoid it. But, it's hard, not impossible.

Awesome answers by all of you! Banes, those are excellent examples of the point I was discussing! I'm glad you find it useful.

Cool article! I've included gore and lesbianism in The Gloom (and there's more things on the way) that makes this a Mature rated comic, but it's justified because it serves to understand the behavior/toughts/feelings of the characters and further events.

The other example that comes to mind - I really like the Friday the 13th movies, cheesy as they are, so I was excited about the video game coming out. But the vid I've seen made me totally lose interest - they showed too much violence. Took the fun out of it. Same reason I don't like the "true crime" novels I've tried to read. Brilliant take on this, Tantz, thanks for the insights once again!

Fascinating stuff, and this is an excellent breakdown of how to approach the line! I haven't written much horror, but I'm a big fan of it. For the famous (to horror fans) scene in The Re-Animator, I saw this long discussion by the filmmakers about how long to have the scene last - it had to be long enough for the horror/shock of it, but if it went too long, it's just disgusting and off putting.

Btw, I am pretty much addicted to old horror/thriller anthologies. I remember some of the scenes I found horrifying. They were not graphic scenes. They were shown in shadows or silhouettes or symbols.

I've made a habit of keeping things "off-camera." It's not a stylistic choice as much as my artistic limitations. Well, early on it was "I can't draw that. I lack the ability." Later, it was more, "I can't emotionally handle drawing this." (Plus the concern over skill.) One of my most effective images thus far (in my opinion anyway) was a little blood mixing with water in a sink. -- Of course, that ends up being an artistic challenge too. I feel overwhelmed sometimes deciding what imagery can be employed so the audience understands what is happening and whether I'm capable of producing it.

Yup, very trick balance here and one I wrestled with ALOT! I think you did a splendid job of describing where 'the line is' and when we cross over it!! My comic, The Godstrain, initially started out rated Teen and I really tried to keep it sanitized, but then, the subject matter, it just didn't seem I was treating it right, almost patronizing! So I went Mature rating, and started showing more violence, gore, cursing, and nudity... I still think I was relatively sparing with all of it, only doing when the story called for it, but sometimes I wonder if I crossed the line!!

It is indeed a tricky balance. A lot of people love the shock value... I have some gory scenes in Pinky TA but I'm very sparing with them. That way the impact maintains its strength and it doesn't change the tone of the rest of the comic. The trouble with too much gore is that you have to keep amping it up to get the same level of impact.

Most of my "splatter gore " sequences were digital effect experiments. I wanted to see if I could reproduce an effect I had seen or create one that I imagined. (The sniper shot in Attack of the Robofemoids, the gory surgery and space battles in Battle of...) All the gory murder in Mask of the Aryans was about dehumanization and hate taken to the extreme which you should expect from a comic that boasts "Nazis, Commies and topless gladiators in desperate combat"

There were a few surrealist films made just to see what could be realistically portrayed in film. Some of the earliest films of the exploitation genre (e.g. Blood Feast) were done just to see what they could get away with. And then there are gore films, that are gore for its own sake (particularly Japanese gore films which go to ridiculous extremes and many are self-parody like Rape Zombie)