Romance As a Side Dish 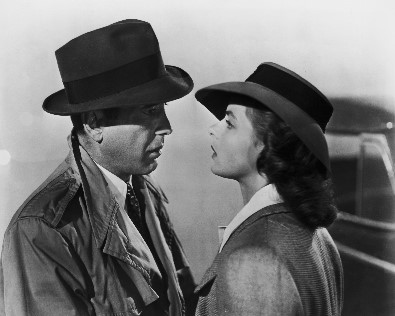 The other day I read a very interesting post by our very own Vickie of Used Books where she was talking about Romance. And what caught my eye the most was her description of the driving force behind romance stories as “relationship-driven conflict”- a very succinct way to put it!
It’s exactly that which inspired me to talk today about romance in comics that do NOT fall under the Romance genre- how romance can be used to support and promote a plot that has a different conflict focus, being for example a thriller or an adventure or a mystery, rather than committed to telling the story of a couple as the central conflict.

Often the trouble with Romance is that everything revolves around whether two people will become a couple (and stay that way until the end), often utilizing love triangles or other obstacles to that couple’s bond together- but life is never all about romance. A ton of things happen in tandem alongside whatever conflict is taking place relationship-wise. Often in real life those other things by nature take center stage, whereas in romantic stories they are forced not to, and that makes the story less appealing.

But that isn’t the case when Romance is the side dish, rather than the main course. How people act or react to the objects of their affection often is a catalyst for other things taking place, and thus romance is a good plot device or manner to advance the plot.

A character madly in love with another one may refuse to see that the object of his/her affection is detrimental to his/her main objectives.

A character madly in love or infatuated with another one may refuse to see that their love interest is actually their enemy.

A character with unrequited love may be consumed by jealousy that the character they covet may not even be aware of, thus act in ways that present obstacles to the main plot that otherwise wouldn’t occur.
Love (and hate) may make characters act in ways they wouldn’t normally do within the context of the main plot and the character constellations that are in place: those who would normally be allies may end up being enemies just because of a love/romantic issue, or those who would normally be enemies may be more lenient for the same purposes.

Dramatic effect can also stem from romance and romantic connections/ conflict between characters: when a love bond must be overcome, broken or resisted in order for the main plot’s goals to be achieved or advanced, then there will be intense emotional turmoil which will create drama and further engagement for the audience.

This conflict can be developed subtly in the sidelines of the main plot, only to be highlighted when important events related to it take place. For example, my comic Without Moonlight is not a romance. However, the existing romance and the relationships between the central characters, while not explored in more than maybe 5 pages in the entirety of the comic (it’s now around 120 pages long already), is designed to bring forth a big impact that will greatly affect the plot (the struggle of the Resistance against the nazis), not only regarding the couple involved but pretty much all the characters in the cast (both Greeks and Germans) by means of a domino effect.

So for my war drama story, romance is a plot device, an (alluring) means rather than the end.

What about you? Have you used romance to advance your non-romantic plot?

Yea, you can't have a comic without some romance. It's part of the reader's nature. Throw in some spicy romance for the reader relate too.

I may have been a bit disingenuous about Sword of Kings. It's really a series of entwined romantic stories with an epic fantasy subplot. ;) Truth be told, I like a good action-adventure bodice ripper romance. What's not to love about Captain Blood or Mark of Zorro? I like to play fast and free with tropes and conventions, throw them into a pot, bring to boil and pour it out in long-winded scripts.

Sure! I think it's necessary to have a little romance in every story, just to give a character a little of "human touch". I'm using right now this type of "romance" side story between my characters but soon I'll return to the main plot and the things will be mixing up.

Great article! "What about you? Have you used romance to advance your non-romantic plot?" -I did. But in a gritty and sad way my story genre demands, and making it so dangerous as another weapon. It was necessary to the plot. But when you touch the point of the dramatic effect, it reminded me Romance is a genre populated by obstacles, which makes the things dynamic and interesting. You know, the same old story rule, the "hero" must face obstacles to make everything interesting to the audience. Thanks for this wonderful article!

Excellent article!! And great comments too!! I tend to not like 'purely romance' stories, but lots of other stories can be enhanced, have more gravity, more tension, feel more real, with a bit of romance in there! As said by everyone, gotta be done right, though...

I may consider adding a romantic subplot at some stage... I like to try out different things like that sometimes.

Another issue I have with long running comics or TV series is the relationship that "doesn't go." The will-they-won't-they for five seasons should be killed with fire. I get it. Series stay alive by sticking to a formula, but they also stale because of it. It's fun to see true evolution in a relationship. Get past that stage. If it ends your story, end it and write another one. If it's not a "romance" story, let the building relationships add to the plot.

If ur: So true. I think some writers keep a list in mind about what every story "must have" and will just stick those elements in whether or not they fit or are needed. A "love interest" for the main character gets half-assed into stories all the time. Sometimes, it's such an afterthought that you get exactly three nonsensical scenes from it: just met fighting scene, a make-out scene 3/4 through the story, married at the end. The rest of the story completely ignores the "relationship."

usedbooks: i think if the comic is NOT about falling in love, then a 'romance' thing can be a bit much, especially if there is a comic with a heavy story, like a ongoing fantasy story with alot of things going on. Sometimes the romance can ruin it, sometimes it can strenghten it. But i see so many places people who put romance in just for the sake of 'romance' and it end up shallow and weird. Writing romance is hard to make autentic, there's been comics where there is sometimes 'blushing' scenes but theres alot of people who just put two together and go 'here. now kiss!'

Ahh I so agree with this article, i love romance plot but i am sort of worn out on keeping the two people in focus, or more like 'a story about falling in love'. As one grow older one realise that falling for someone is really such a tiny fragment of an relationship. Sexual tension is overplayed alot and even if i still think it is a brilliant way to shape a story, its always refreshing to see established couples and their adventures together. In one of my stories I had the choice to put the main characters either together from the beginning, or keep a hidden romance thing going on through it. But it was so much more fun to write and draw scenarios where couples teamwork and where things dont head always in the right direction, and seeing a couple grow from it. It does exclude alot of people from reading it since most people want to see ongoing romance or people falling in love, but its also a choice i made because it was the best for the story to not make it a mess of stuff happening.

Like bravo, I enjoy seeing couples in love as main players. I loathe the star-crossed lovers, love at first sight, and "romance" that arises in the midst of conflict. It annoys me, and it is a shallow love. I have known people who "fell in love" during a life conflict (like someone stayed at a hospital bedside). They are divorced. It's not real. Whirlwind romance dies. I guess people like the fantasy of it all more than the devotion of a ten or twenty year relationship (which, I admit, may be boring, but it's beautiful).

I tend to describe Used Books as a story of friendships. It is character-driven, but usually with an antagonist at the wheel. Relationships are a frequent plot device, but not usually romantic ones. There are a couple obsessive stalker "relationships," friendships, and familial bonds. The three main characters have SOs, but not in the normal romance plot way. One has an ex-husband, one has a childhood friend (much devotion, no romance... Friendzoned?), and the other has a boyfriend in a relationship that built drama-free. Those relationships don't do much plot driving. Obsessive ex-boss has a significant impact. And my current plot involves Tristan getting in trouble for a friend, and his sister getting involved for his sake. (She likes to stay uninvolved, but for her brother, not an SO, she'll be driven.)

I'd like to see two characters who work well together, bickering and bantering and someone turns to them and says, "You two act like an old married couple. " And they hold up their hands showing the wedding bands and say matter of factly "We are an old married couple, right dear?" "Till death do we part, honey." Kiss. And the other guy is totally dumbfounded.

I remember one of the complaints about typical fantasy fiction was that the protagonist and someone else had to be star-crossed lovers who never come together before the final curtain. You never have protagonists who are married and in a stable relationship. That was one thing that made The Thin Man series so great. The protagonists had this great relationship and everything played off of that. Most everything else builds on the conflict of a poor relationship as opposed to the firm partnership of a happily together couple. And don't look at me, I haven't done that one yet either.

Every comic I've done has had a romantic subplot. It defines how the characters interact and how they react to the main plot points. I'm a romantic so I thread it through everything whether it's the silly triangle, or the exes coming back together, or getting over a break-up; it's always in there. Livens stuff up. Sword of Kings might as well be subtitled "love stinks" because it's just like the first verse of the song. You love her, she loves him, he loves somebody else; you just can't win. And so it goes til the day you die, this thing they call love will make you cry. Love stinks.