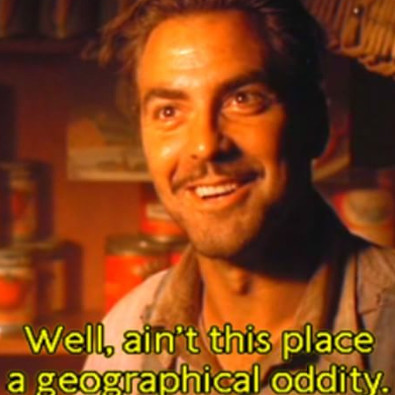 So last week I’d started talking about the reincarnation upon reincarnation of myth and legend into modern sequential and narrative art- and got some pretty insightful comments on why it persists for millennia (it is said that Euripides adapted the legend of Medea himself in order to make it more relevant to his audience, when writing his tragedy, so it’s definitely not anything new) and will most likely persist well into the future.

On this second part, I’d like to talk about how one can do it, for comics or novels alike.

Sure, there is the easy part- dress them up in modern clothes, shut them up in a ‘special school’ and hey presto! Myth adapted (achievement unlocked).

In my opinion though that’s a very shallow way to do it. As mentioned in part 1, myth and legend allure and charm us so because they tap upon and play with our fears, our hopes and our aspirations. The plots that were born in myth and legend are visceral and applicable in modern day living without needing to regurgitate the entire cast of the original, or the exact circumstances or setting of the myth being adapted.

The movie “Oh Brother, Where Art Thou?” is a great example of myth adaptation in that it takes the setup of the Odyssey, and the various situations Odysseus encounters before finally reaching his destination and applies it to pre-war, rural south USA in the midst of the Great Depression’s impact.

Odysseus and his crew are only three convicts (one with the “capacity for abstract thought”- i.e. Ulysses, Odysseus). The trials and tribulations the original Odysseus encountered, are converted into a showcase of the issues and problems relevant to the setting the movie chooses to display and satirize (Sirens are turned into women that drug them and steal their stuff, the Cyclops is Big Dan that robs them as well, with the KKK as his sheep, and so on and so forth).

So what should we consider when going for a myth adaptation consciously?

I’d put the following in my checklist:

1. Make sure the myth’s main conflict is intact (e.g. struggle with mortality, quest for self awareness, revenge for personal tragedy, antagonism between father and son, etc)

3. Use this setting’s and world’s rules to create a character able to have such conflict naturally

4. Allow the constellation of characters to be as many or as few as necessary, without feeling bound by the myth’s original cast.

5. Allow for the stakes to become very high, as befits a legend.

So what about you? Ever done such a thing? What else must one keep in mind for such adaptations?
Which myth or legend would you adapt for a webcomic?

Yep!! I sometimes think it's better when, spinning a myth off in a modern way, to not let the general public know it's based on a myth. O Brother where art thou? is one of my favoritest movies ever!! Many of my friends' as well! But many of them were taken aback when I mentioned that it's based on the Odyssey! They quickly put it together (the ones familiar with the Odyssey) but they also get that they liked the movie because it's addresses so many of the timeless things the myth did... It's those those things that chimed with them! Finding out it's actually based on the myth is just a warm and tingly extra!!

I think that the idea is only to have the problem at hand true to the legend, the stakes and maybe the constellation of characters. And of course all legends apply!

It partly depends on where you want to go with it. I sometimes incorporate old folk tales or other oddities in my comic. In one or two cases did that by retelling them in my own way so it became more of a spoof, at other times I just lifted the main motives and used them as a basis for something of my own, which means the source is less than obvious. --- This old folk tale is one of my favourite examples: http://www.theduckwebcomics.com/Master_the_Tiger/the-mice-maiden/ (It had never been translated, so I took the trouble to do so on a subpage.) It helped shape this page http://www.theduckwebcomics.com/Master_the_Tiger/5446253/ and it certainly inspired quite a number of other things. --- Which leads me to the tricky question of where to draw the line between adapted myths and comics that are just inspired by myths. Do you have to stay completely true to the plot, or can you get away with a certain amount of modifications to it? And do obscure legends actually qualify?