When the Hero Fails 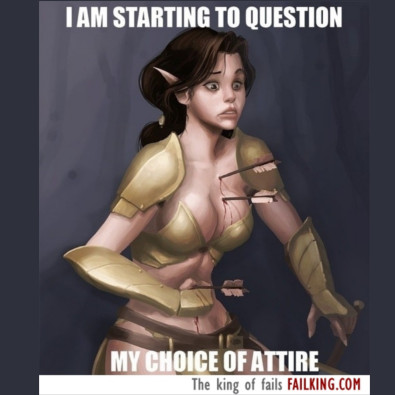 Failure is the stepping stone to success. That’s what I teach my students and my clients, and it is true, right up there with “whatever doesn’t kill you makes you stronger”: If you learn why you failed, you won’t fail again the same way- and that brings you closer to success, to realizing your goal.

The same goes for characters in a story- but the drama that ensues when that happens stands far better chances of engaging and affecting the audience than it does in the daily grind of reality for us.

In my opinion, when protagonists fail is when the story really takes flight, becomes real because everyone fails and if the protagonist does not, then the story doesn’t maintain realism enough for the audience to remain interested.

Of course, even if a character fails many times, if the story doesn’t take the time to show how the failure is worked out in some manner, again the realism will take a dent. How could one go about it?

For me, what works in stories is to compare and contrast: characters start off on some sort of pedestal. It doesn’t have to be the pedestal of the righteous or the infallible- it is just the state in which they begin (or in which we find them) where they are at their “original state”: their original comfort zone, the way they have become comfortable with living. So just as the unwavering lawyer is on the pedestal of white knighthood, so is the thief on one for successful robberies, the conman on one for heists, the student on one for ‘scraping through’ school without getting noticed, and so on and so forth.

Failure should come and shove them off there. What they normally do no longer works: the lawyer loses a case because he didn’t play dirty; the thief gets caught; the conman gets conned; the student can’t stay unnoticed anymore.

By losing their pedestal, they become vulnerable. We add to that vulnerability by showing their emotions, their struggle and their longing for returning to the pedestal they lost. We force them to interact with the world from a vantage point they hate.

Drama begets engagement with the audience.

And that is your story’s stepping stone to success. Or one of them.

What do you think? How often do you let your characters fail? What did that do for your story?

Very unsuccessful salesman, my uncle was.

My uncle used to say, "Every failure brings you one step closer to the next horrible failure!"

Good stuff! It's easy to forget that Heroes have to fail sometimes, when we're trying to move them through the story.

If at first you don't succeed, give up. It wasn't worth it anyway. Characters like that can have a certain charm, but what keeps them going and an audience engaged, is them always coming back for more and try-try-trying again. Victory can be very hallow if there is no chance of tasting defeat. Just look at the Twilight Zone episode "A Nice Place to Visit."

Excellent article! I think I have the concept of my protagonists failing nailed down!! ;)

I don't know... of course every hero has to have a weak point to be interesting, but the mandatory low point before the final success as seen in just about every Hollywood movie kind of makes a story just as predictable as if your hero just goes through with whatever he or she does. On the other hand, I sometimes find that focusing on the HOW instead of the IF can make for quite interesting stories, too. Nevertheless, I agree that heroes must be made to work really hard for their laurels to be interesting, and that definitely involves the occasional bruise or setback.

It also dawned on me a couple years ago, that the bad guys usually "win" in my story (or achieve their objectives), so maybe I take the theme too far.

I have a couple characters I define as born losers. They are just screw up and/or have such bad luck it's like a curse. I balance it by having them do badass heroics accidentally. Generally, though, I embrace failure. Mostly characters coming up with a plan that would work in a movie and then realize that just doesn't happen. I love screw-ups, the unlucky, and the overambitious.

Good topic! I think I let Pinky fail all the time. That seems to be the main theme of every story... failure hahaha! You can build interesting drama that way without going straight for conflict.