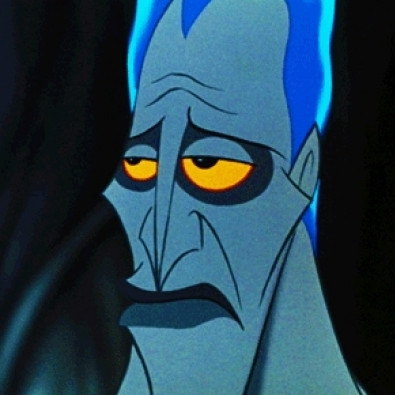 So last time I talked about the little extras that can go into dialogue and how that dialogue can be presented on the page of your comic, so I was thinking today might be good to continue in that general trajectory and talk about little extras in your character design.

Now, designing characters is in my opinion a very personal thing, and a very personal process. There are tons of tutorials out there that give you different methodologies on how to go about it but it is my gut feeling that, just like your art style, the process that yields characters you need or you want to work with in your comic is going to be specific to how you and your mind works.

So no way I’m going down THAT path right now.

Instead I’m going to cheat and jump ahead to the next stage- when you have come up with a basic character concept, a good way to start tinkering and fine-tuning the fellow is to go through a character questionnaire- to get you to think about details, answer things about your character that will flesh him/her out. I personally used to use one very much like this one when I started out in character design.

Once you have answers, the quirks probably are going to write themselves. What are they, might you ask?

Character quirks are little behaviors, turns of phrase, reactions or personal little ‘missions’ that the character has regardless of the plot. Things that exist in his/her behavior because of who he/she is and his/her background. The character usually can’t help him/herself and might not even realise he is doing them:
Lucky Luke rolls his cig one-handed. (because he’s that cool)
Gaston from (the animated) Beauty and the Beast can’t help stopping to look and admire himself in the mirror.
Belle from (the animated) Beauty and the Beast keeps tucking a strand of hair away from her face.
Asterix’s helmet wings move in response to his emotions.
Spiderman makes wisecracks all the time.
Zuko from the (animated) Last Airbender has a resting bitch face (which I find hilarious).

You get the idea. The quirk may at some point in the story become a plot point or even an important turning point in the character or the story as a whole but it isn’t required. It’s there to subtly (or not so subtly depending on the aesthetics we want) underline who the character is, their main ‘feel’ or ‘trademark’ that makes them come across as memorable, if nothing else.

On a side note, people watching helps a TON with this. So definitely use mass transport, and don’t stare at your phone the entire time. Watch everyone else do that. ;)

What are some of your characters’ quirks?

Thanks for info. One of the quirks of my characters is that they are always hungry. Complaining of a empty stomach. Another would be bad jokes or puns at wrong time.

I use body language and gesture a lot but don't often think about quirks. I often consider myself like a stage or film director guiding my cast's performances so I often let them suggest things when blocking out a scene. Sounds strange considering I work with figures but I have a vivid imagination and let the muses take me where they will.

Totally agree!! I know I had Kimber Lee, when in 'awkward moments', hold one arm with the other. You can see an example on page 229 (with other examples in the author notes) http://www.theduckwebcomics.com/The_Godstrain/5475668/ ... of course as she's gotten more confident, she hasn't done it in a while!!

You got me thinking. hmm...SolarCell Has a Bad forgotten side and a Good side. Her bad side quirk...she laughs out loud at anything or anyone that screws ups and then talks about it aloud.(annoying) Her good side (caused by memory loss), she second guess herself in heated moments like fights, at times using her powers and times when she falls in love. CAUSE: kind of worried that her evil self will return at any moment, (even though she has zero memory of her former self.)

The quirks are the very things that make a character really come alive. 'Nuff said!

Interesting topic. I don't give much thought to quirks, but some of my characters have interesting hobbies or qualities that help me define them better in my mind and are unrelated to plot. Kaida collects antiques (she can even be distracted by them). She also is a deep sleeper and difficult to wake up. Tristan has crippling motion sickness. Seiko plays violin. Yuki is a mechanic. Fudo likes to cook. Valentine is a neat freak. Dozer never makes eye contact with anyone (usually has a screen to look at). A newer character likes to pretend he's a pirate and likes gold anything.