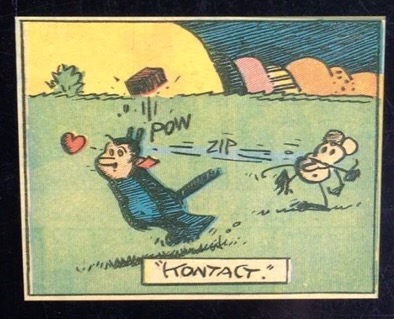 Aight! It's that time again, ain't it? Now we been talking a lot about rules and limitations and discipline and approaches to making your comics and making them better. This week we're gonna step away from all that for a spell and talk about how not making your comics can help ya make your comics better. Hold up, you say. Have you lost your damn mind, you say. Absolutely! Years ago, actually, but that's entirely beside the point. Lemme explain.

This week we're gonna talk about copying. Now, I don't mean stealing- we all know better than to rip off a pose or a drawing or design from another artist and pass it off as our original work; not just on account of it's wrong (and it is), but on account of there's no way you come out looking' like anything but an asshole when ya get called out for it. And you'll ALWAYS get called out, eventually- if not by yer audience or peers or the artist themselves, but by the tireless avenging furies of the sacred craft of cartooning; they know, and they'll find you. Nah. I'm talkin' about copying as a formal drawing exercise.

I'm talkin' about that because that's what I've been doin' all week.

Now you might get the notion that I might spend a little time looking at and thinking about comics. To be fair, I'd be reading comics even if I wasn't makin' em myself, most likely. But because I am making comics and trying to get better at making comics, I read comics a little differently than someone just lookin' to be entertained by a story. Sure, I'll read em for the story, or the gags, or the art, or however ya wanna describe or quantify the entertainment value there. But then I'll go back and study em, deconstruct them, try to understand what techniques or devices the writers and especially the artists are using to make good work. 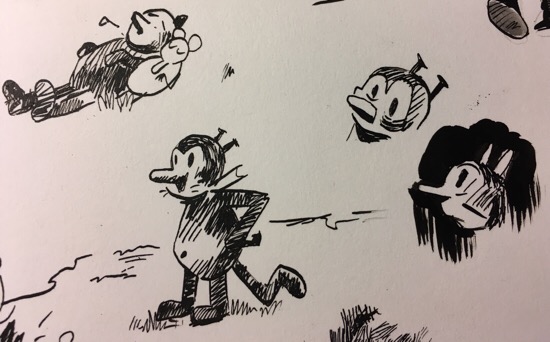 You know this guy, right? If not, yer lookin' at my rendition of George Herriman's Krazy Kat.
Here he is, drawn by his creator, about a hundred years ago. 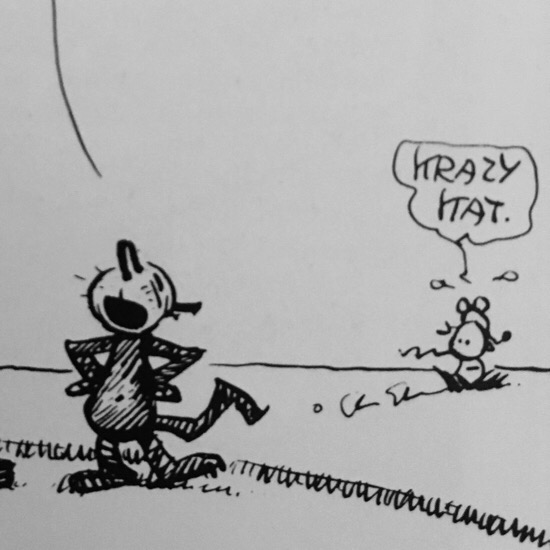 There are a lot of reasons why you oughta read (and study) this comic, if not just for the fact that it's influenced so many other important cartoonists. This shit is genius- surreal genius, sure, but absolute genius. The layouts alone are works of art. When you look at the characters they're real loose and scratchy and simple, and you think, hell, ain't nothin' to it. Yeah, until you start tryna draw em! 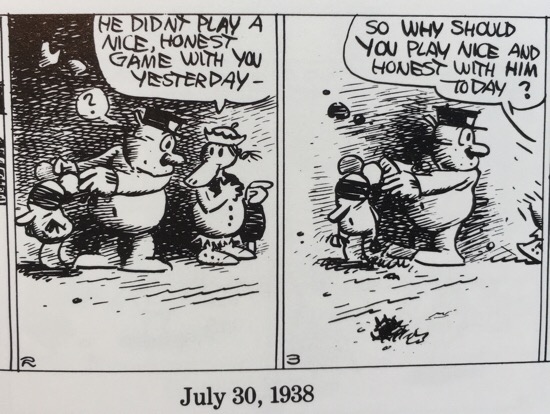 What I learned copying Herriman is basically that you can't. His hatching and line work and weird scratching technique is so spontaneous that it's really difficult to replicate. Ya gotta more try to replicate his energy, look at where the marks are and guess why he made certain decisions or what his intuition was. And there's a lot of intuition to it; it reminded me of learning to flip glasses at work (which I started doin' as an alternative to throwin' em across the room in fits of rage but that's a whole ‘nother story) on account of you can’t over think it. You have to have faith that your hands know what to do and your reflexes know when to stop. If you start thinking about the marks you're making you fuck it up. It's that loose, that reflexive, that intuitive. At least that's my experience. 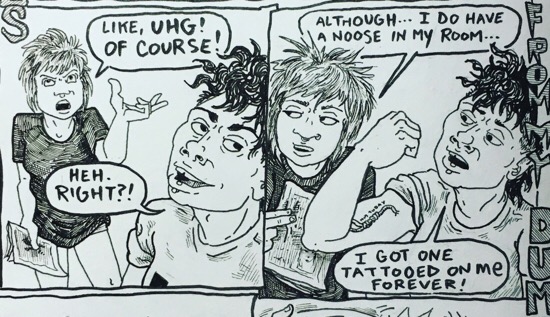 Now why would I spend all this time studying and copying a hundred year old comic that ain't even my style? Well, this is how I typically draw; if anything it errs on the side of rigidity, which ain't always a bad thing. But I feel like if I get too stuck in the “this is how I draw” trap, I stop learning new things, stop trying new things, and the work never gets any better. 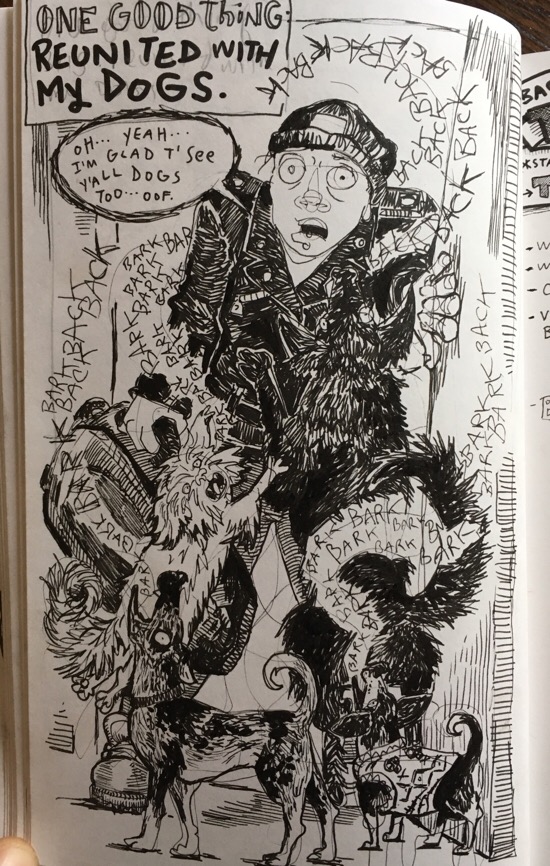 So I try every now and again to shake it up: stop doing pencil under-drawings, draw more gestural, use more spontaneous and less uniform hatching techniques, work with media that doesn't allow me to achieve as much precision, and study artists who don't draw anything like me. And, of course, copy their work or their styles. To paraphrase what a friend recently told me he'd said to a student, you can always go back to your style afterwords; it'll still be there.

But in trying different techniques or styles you might find some things you can, er, appropriate and incorporate into your own original work. That ain't the same as stealin', okay? And if it is stealin' I don't think there's a single respected artist in the history of the world that came up with every single trick in their book their very own selves, so we'll mark it down as a noble crime.

Read the classics and learn from them - there's usually a good reason why they're classics. That's what I've always said. And you're totally right that it's all about intuition. The subconscious can do a lot more work than the rest, and faster (and often better). I find trying to make affectionate parodies is a great way to broaden your mind and style as well. You can shamelessly emulate other people's styles without corrupting your own AND you'll get away with it most of the time. :)

I wanted to talk about copying layouts and whole pages too- like the dude who did Daily Kirby or there's this great tumblr/ print copy "shitty watchmen" where cartoonists do every page in Moore/gibbon's masterpiece but ran outta time and speed!

Excellent stuff; once in awhile I've tried copying the styles of Al Capp and Harry Lucey. But I didn't realize what a worthwhile endeavor that can be! Gotta try that some more! I really dig that last pic with the balloon head!

Sometime I really wish I could make myself try to make my stuff more 'stylized'. Not talking about medium or technique, but the way characters are actually rendered... Banes, Ozone, Pitface... you look at the face of one of their characters and instantly know it's theirs... A 'style' really marks your stuff as 'yours'... Maybe if I tried emulating a style as this article suggest, I could better develop a unique one of my own... Maybe... someday haha

Reminds me of Calvin and Hobbes and how Watterson would effortlessly shift through so may styles when he chose to. I wonder if I could draw Pinky in another style? I've tried doing her in the style of Mucha before... It didn't work out at all but it was fun.