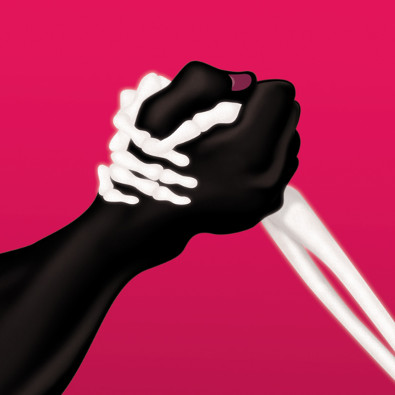 In all the wide versatility and range between characters, what is the common feature of interesting, memorable characters that stand out of the rest of the cast, be they protagonists (like Logan or Scarlett o’ Hara) or antagonists (like Jason or Hans Landa)?

A great example of that is the comparison between incarnations of the same character in book and movie version- the character of Frodo Baggins from Lord of the Rings.

In the books, Frodo is an active character. He is the one that starts off making the decisions and propagates the story, such as deciding to exile himself to protect the Shire, or deciding to leave the Fellowship to avoid Boromir, or deciding on what to do with Gollum. He is the one that negotiates, delegates and makes executive decisions even when, towards the climax of the story, the ring is sapping his strength mentally and physically. And of course in the final stage of the story, during the Scouring of the Shire, he is the one that makes a good chunk of the important decisions (such as to have the hobbits revolt, or to spare Saruman’s life).

In the books, Frodo is a fascinating character and his development arc is one of the biggest in the story.

In the movies, however, Frodo is mostly reactive. He does have a token lead role but he really depends on others (including Sam) to make the decisions and propagate the story on many key points. As the stories progress, he becomes baggage for other characters that take on the leading role (especially Samwise) and as a result, he fails to hold the interest of the audience while those that do take the initiative, like Sam does, also get the interest.

I like for both antagonist and protagonist to have an equal ration of action/reaction, so that they both are interesting- and also, if possible, to have both come across as formidable in some manner to the audience.

What do you think? How do your characters fair on the action/reaction scales?

I feel like you really get to know a character when they make decisions in their life even a small one. It also depends on when a character decides to become active. Are they pushed around their whole lives, reacting to everything, only to make one big decision or are they stridently making choices from the moment they have breakfast? Decisions or reactive vs active reveals who a character really is. It's good to have a bit of both. :)

We'd have heard of them if he had pulled the plug on the Death Star construction (an active choice, heheheh)

The budget director in the Evil Star Empire most likely had more power than say, Darth Vader. No body ever heard of them.

Good stuff! I felt that Kimber Lee was largely reactive for most of the Godstrain story, but came active by the end...!!

I pretty much agree. Maybe sometimes it depends on the character as well. Andy, the protagonist of my comic Daddy's Girl, is mostly reactive to everything throughout the story, but it factors into her martial arts training: to find ways to avoid conflict, and fight only when there is no alternative. She generally doesn't make proactive decisions unless things get really bad and no one else is willing or able to make a decision. Either that or I was just a bad writer at the time. I dunno.

It's an interesting point. According to Truby, an active main character is always the best choice because the protagonist must take the decisions and acting. Well, Truby follows Hollywoodian rules so I'm not sure how "true" it can be, but it works at some level at least. He said the antagonist must dominate the second act (it makes the protagonist looks better.). But, in my story? "Villain" and "Hero" walk side by side reacting each other the whole time. The protagonist makes the antagonist's life a nightmare and vice-versa in my story.

Great points to ponder here. I kind of like the "kicked in the teeth and come out swinging" kind of character. And then once she picks up momentum no one can stand in her way. That's how Searsha was envisioned but for how she comes off I'm not certain. Right now, it's "wait and see" in the story because she can't act with no knowledge of the enemy's intentions. But then she is going ahead with her own plans. Guess that makes her active?

That's a very interesting way to look at characters!

(I need to stop making posts with my phone. Autocorrect makes me into a fool. :P )

Interesting. I think this is why my antagonist Raid on feels so different from the other antagonists (and occasionally garners reader sympathies). He's far more reactive than the other antagonists. Most of my protagonists are reactive. It's a very mellow cast. They seem to be doing damage control a lot. Except Seiko, passive as she seems. She sets out on personal missions.

Well, SolarCell in the HA/universe is passive towards those who helps her. However, if you are someone out to harm or hurt her friends alike, will be assertive and may come off as aggressive during physical conflict.